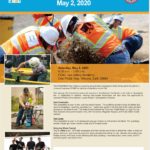 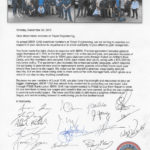 “It was a pursuit worth fighting for,” said Trayer Engineering welder Efren Chavez, celebrating the hard-won victory that he and his coworkers have finally claimed. On Monday, February 10, 2020, the unrepresented production workers at Trayer voted to organize into the existing Local 1245 bargaining unit. They won by 15 to 2, with 17 of… [Read More]

An overview of some of IBEW Local 1245’s biggest accomplishments from the past year. 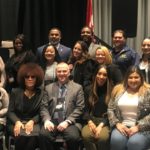 IBEW International’s 30th Annual Electrical Workers Minority Caucus (EWMC) Conference took place January 14-19, 2020 in Chicago. Members from IBEW locals across the country – including a large contingent from Local 1245 — came together to attend panels, gain new skills and be inspired to lead.  “Unite for a Better Tomorrow” This year’s conference was organized… [Read More]

Unit #3515, Rocklin, has voted to change its meeting start time to from 3pm to 230pm. This change will go into effect in March. The meeting dates and location will remain the same. –Dave Sankey, IBEW 1245 Business Rep

IBEW Local 1245 shot back at a political advertisement from Sanders that criticized PG&E for its role in causing deadly wildfires. The union, which represents about half of PG&E’s 23,000 employees, released its own video in response, criticized Sanders’ endorsement of a public takeover, saying it would be prohibitively expensive and misguided.

The San Francisco-based utility, which filed for bankruptcy protection last year due to billions in wildfire-related claims, reported on Tuesday a full-year loss of $7.7 billion, compared with a $6.9 billion loss in 2018.

PG&E Corp.’s biggest union is pushing back against Bernie Sanders’ criticism of the embattled California power company, claiming the senator and presidential candidate supports a $100 billion state takeover of the utility.

Sen. Bernard Sanders brags about his ties to working people, so it was a particularly harsh shot Tuesday when a California union blasted his idea to have the state take over a large power utility and said they were more disappointed he never ran the proposal by the workers.