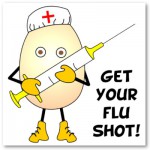 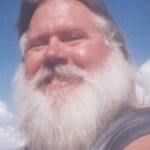 REGGIE GLISAR 1947-2014 The following message was sent by Smily Stahl, announcing the death of Reggie Glisar. Reginald C. “Reggie” Glisar, 67, of Visalia, Calif., formerly of Sioux City, passed away unexpectedly in Saturday, May 31, 2014, at his residence. Reggie was born on April 7, 1947, in Sioux City, the son of James H. Glisar… [Read More] 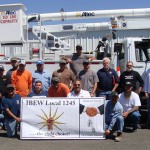 Last week, five members of the IBEW 1245 “Hold the Pull” committee travelled down to the City of Lompoc to provide the Lompoc lineworkers, who voted to join IBEW 1245 just last year, with an impactful training on the union’s “Hold the Pull” peer-to-peer safety initiative and the life-or-death importance of staying safe on the job…. [Read More] 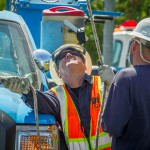 Article by Eric Wolfe Photos by John Storey Lineman Donovan Rupp was at home when the earthquake struck about 3:20 Sunday morning. “The whole house went like a bumpy road, non-stop–boom boom boom,” said Rupp. But a house he owns closer to downtown Napa on Vallejo Street fared worse: “Pushed off its foundation six feet.”… [Read More] 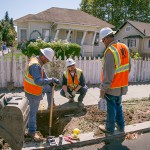 story by Eric Wolfe photos by John Storey IBEW 1245 members swarmed across the Napa area in the hours after the 6.0 magnitude earthquake on Aug. 24, responding to over 400 PG&E customer calls of gas odors. In many cases, a visit by a gas serviceman was all it took to address the problem. But… [Read More]

The Vacaville Unit #3812 has voted to move their meeting location to Pietro’s #2 679 Merchant St., Vacaville, CA. The meeting time and dates will remain the same. –Lloyd Cargo, IBEW 1245 Business Rep

IBEW members often say that the union’s apprenticeship training, delivered by the NJATC, is the union’s best-kept secret. But secrets just don’t work in an era when marketing one’s image and worth is more important than ever. That’s a big part of the reason the IBEW and its partners in NECA decided to transition the… [Read More]

by Liz Day, ProPublica In a two-week span last August, four workers died from falls on cell towers scattered across the country. Before the year ended, another worker had plummeted to his death, this time in Kansas. Then, in early February, two workers were killed and two more were hospitalized when two cell towers collapsed… [Read More] 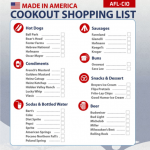 Labor Day is the unofficial end of the summer holiday season. While the day honors the hardworking men and women who make this nation go and grow, the weekend also gives us a chance for one more big backyard barbecue blowout. Here’s some union-made food and drink to get your barbecue off to a great… [Read More]