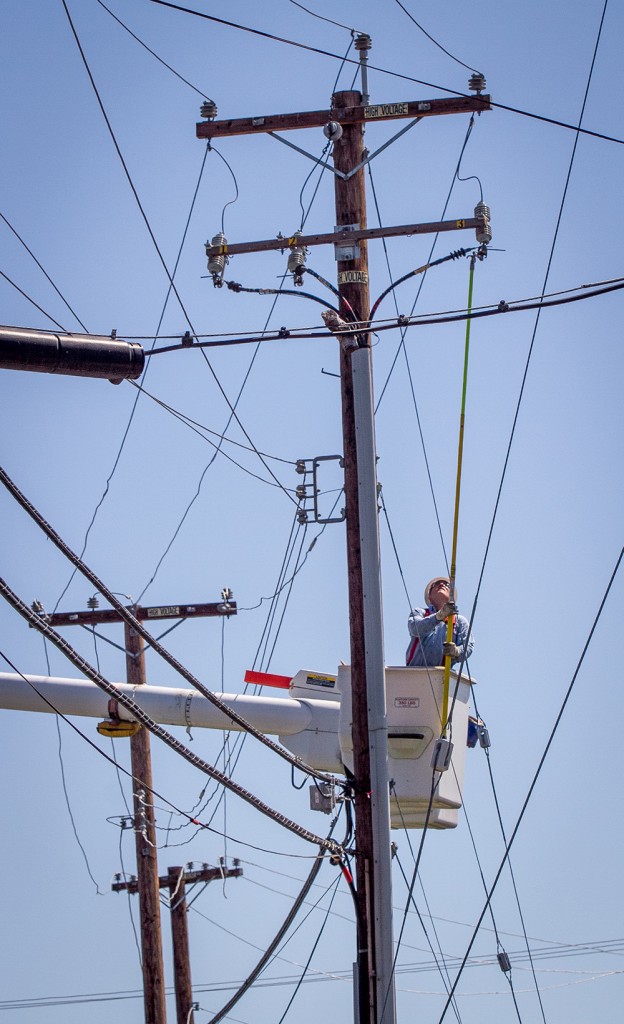 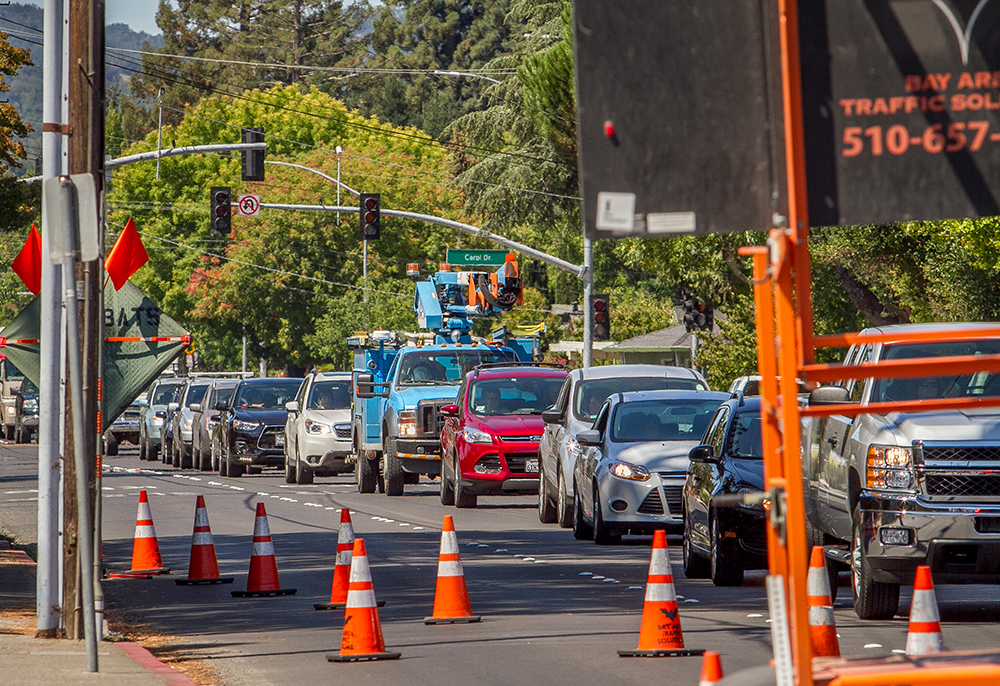 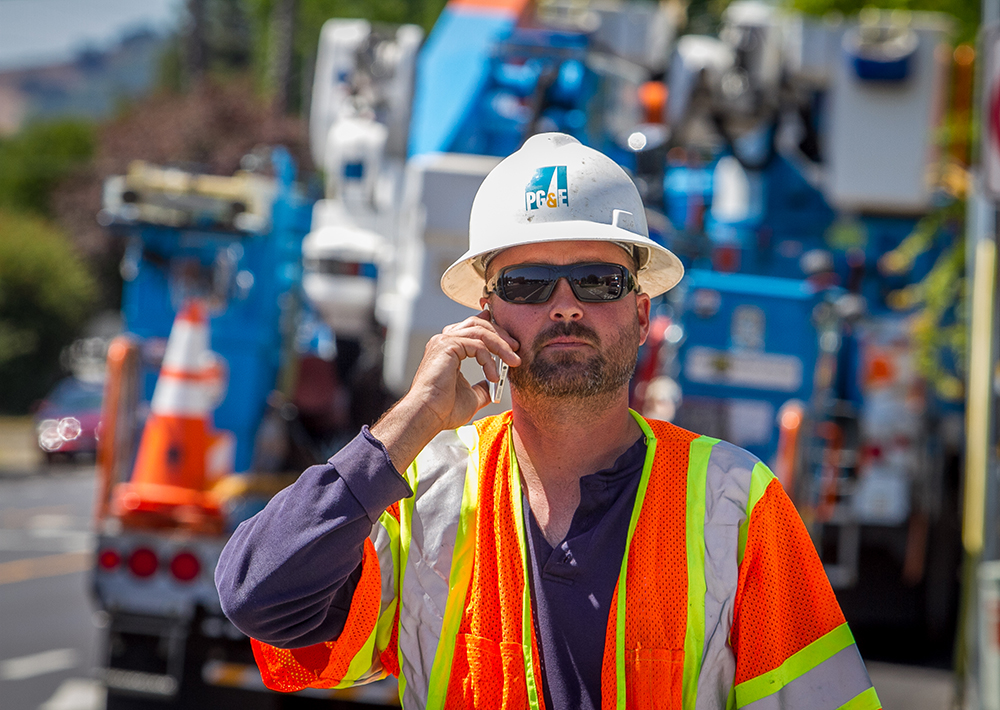 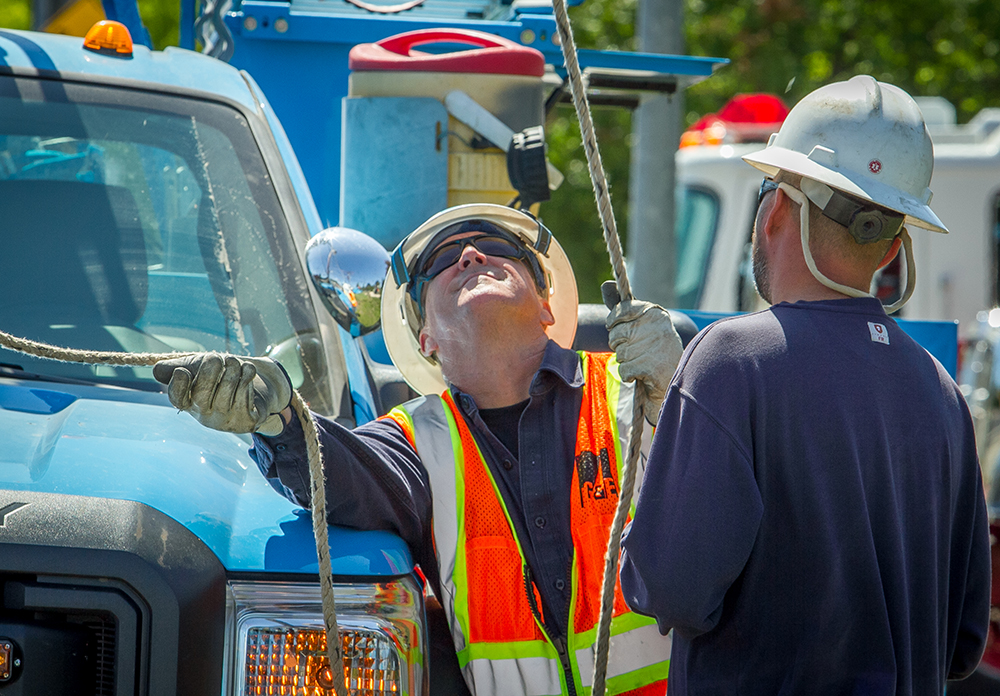 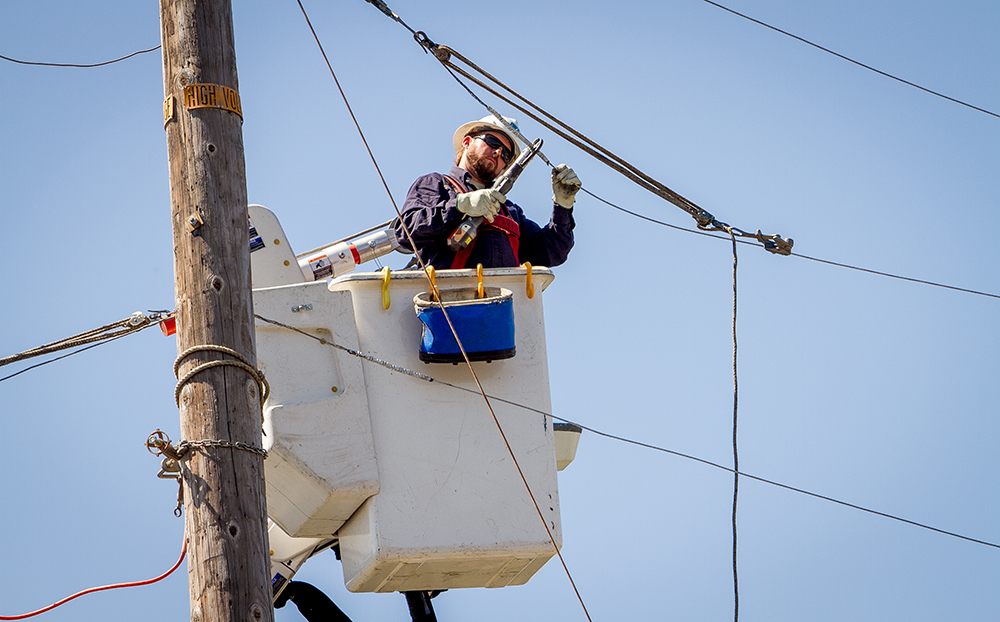 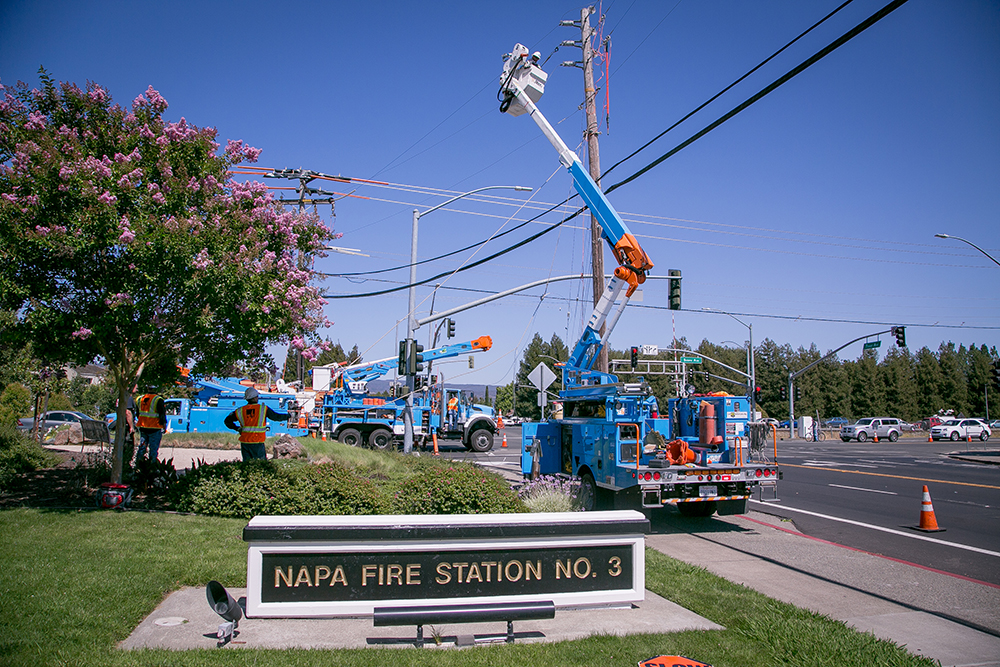 <
►
>
Lineman Donovan Rupp reported to work despite major damage to his own property, saying “It’s nice to disconnect (from your personal issues) and go to work and do what you’re trained to do…”

Lineman Donovan Rupp was at home when the earthquake struck about 3:20 Sunday morning.

“The whole house went like a bumpy road, non-stop–boom boom boom,” said Rupp. But a house he owns closer to downtown Napa on Vallejo Street fared worse: “Pushed off its foundation six feet.”

“By 4 a.m. I was at the house, turning off the meter, disconnecting the electric and boarding it up to keep people out,” Rupp said. But then, like many IBEW 1245 members, he put his personal problems aside and by 7:00 Sunday morning he had reported to work, ready to begin restoring power to some 70,000 PG&E customers who had gone dark when the 6.0 temblor gave the area a good shaking. Lineman Donovan Rupp reported to work despite major damage to his own property, saying “It’s nice to disconnect (from your personal issues) and go to work and do what you’re trained to do…”

“I made that decision because I wanted to go do something else and not think about it too much. It’s nice to disconnect and go to work and do what you’re trained to do and have fun it,” Rupp said. “Our Napa yard is pretty solid.”

Mid-morning found Rupp and the rest of the Napa crew positioning three trucks at the corner of Solano and Trower Avenues, where cars were backed up in several directions and emergency vehicles weaved through the traffic more or less continually, sirens blaring. It probably didn’t help that this particular intersection was also home to Napa Fire Station No. 3.

The crew was looking at two primary phases needing attention. “One must have come down (in the quake) and the T-man must have cut the other,” Rupp said.

Complicating the situation: the crew had to wait for a flagging contractor to get to the scene. Trying to work in this narrow corridor without professional traffic control could have posed a significant safety hazard to the public–not to mention the crew itself. But eventually the crew was able to make the fix and move onto the next job.

Rupp’s day, which began with his house going “boom boom boom” at 3:20 on Sunday morning, didn’t end until he went home for a rest at 8:30 Monday morning–knowing that the “big stuff is done,” that power was restored for virtually everyone.

Although there were quake-related injuries, a few of them serious, Rupp says the people he encountered while working had only experienced “minor stuff, like things falling” and were trying to keep things in perspective.

“Working all day and all night can be really taxing,” he acknowledged, “but our guys know how to cheer ourselves up. We take care of ourselves.”

At some point he knows he’ll have to deal with his damaged house, calling it “quite an eyeful.” It’s not the house’s first brush with disaster. It was also damaged in the flood of 2006, which caused $300 million in damages in 10 northern California counties.

“It’s been my project for a while,” Rupp said of the ill-fated house. “So it’s going to be my project a little longer.”