On Jan. 29, in response to his request, Local 1245 met with Sacramento Regional Transit General manager Mike Wiley. During that meeting, he informed the union that RT’s Fiscal Year 2010 budgeted operating revenues are coming in below their expectations.  In addition, RT’s fare revenue is now projected to be approximately $7 million below budget…. [Read More]

IBEW Local 1245 members spearheaded a massive display of union solidarity at the Jan. 5 meeting of the Redding City Council. Outraged by two proposed ballot initiatives that attack employee retirement benefits, more than 80 IBEW members were joined by about 40 firefighters, police and other city employees in a short rally before filing into… [Read More]

Local 1245 continues difficult negotiations with Sacramento Regional Transit. The District’s takeaway package remains on the table.  The District is proposing a number of “options” for reaching its goal of no increases in labor cost from 2008.  The Local 1245 bargaining committee continues to analyze these options in order to determine the best course of action. During the one… [Read More]

The City of Redding’s Privatization Evaluation Committee died a quiet and unmourned death on Dec. 14. The committee, which had been urged by Redding business interests to outsource city jobs, discovered two important things during its brief existence: First, cities that have outsourced jobs typically don’t save any money and often end up taking the work back… [Read More] 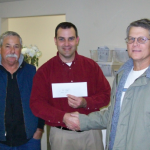 Local 1245 continues to negotiate with Sacramento Regional Transit. The District’s takeaway package remains on the table.  They are proposing a number of “options” in reaching their goal of no increases in labor cost from 2008.  The Union’s bargaining committee continues to analyze these options in order to determine the best course of action. Bargaining has been… [Read More] 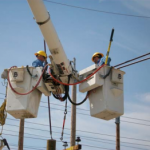 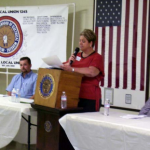