The three IBEW 1245-represented bargaining units at Modesto Irrigation District overwhelmingly ratified a five-year agreement. The Utility Services and Maintenance unit voted 168 yes/4 no, the Professional and Supervisory unit vote 6 yes/0 no, and the Administrative, Technical and Clerical unit voted 21 yes/0 no. The new agreement includes a 3% wage increase each year, along with several… [Read More]

IBEW 1245 members employed at Advance Carbon Products in Hayward have unanimously ratified a three-year contract by a vote of 15-0. The new agreement includes an immediate 2.7% wage increase, based on the latest Consumer Price Index (CPI), which went into effect on Nov. 25, 2017. Members will also receive wage increases in 2018 and 2019,… [Read More] 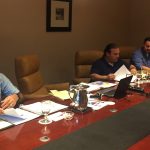 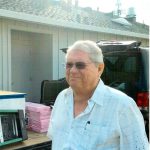 It is with great sadness that we announce the passing of former IBEW 1245 Business Rep Rich Cowart at the age of 72. Brother Cowart served on staff at the Local from 2001 until he retired in 2008, representing members in Eureka, Ukiah, Lakeport, Ft. Bragg, NCPA, Shelter Cove and Willits. Cowart was initiated into… [Read More] 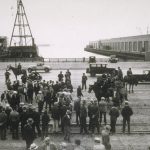 Longshoremen in 1960 found a way to defend themselves in an industry being turned upside down INTRODUCTION IBEW 1245 members are not the first workers to see their jobs threatened by a changing industry. In the early 1800s English textile workers known as Luddites smashed and burned the machines that were replacing them. In the… [Read More]