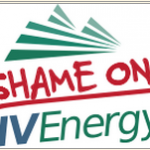 “The Nevada Public Utilities Commission has given NV Energy the green light to kick-up your electricity bill.” That’s how KTNV-TV Channel 13 of Las Vegas begins its web story on the public hearing about NV Energy rate hikes held May 23. Maybe not the kind of publicity the utility wants, but certainly the kind it… [Read More]

The following story by Pulitzer Prize-winning journalist Eric Nalder appeared March 27, 2011 in the San Francisco Chronicle   Pacific Gas and Electric Co. sharply curtailed a program in 2000 that had replaced portions of the pipeline that exploded under San Bruno and hundreds of miles of other aging gas-transmission pipe in the previous 15 years,… [Read More]

Has President Obama’s economic stimulus package, passed by Congress in 2009, been bad for the economy and bad for jobs, as some Republicans now argue? According to an Aug. 24, 2010 report by the nonpartisan Congressional Budget Office, there would have been significantly higher job loss without the stimulus, also known as the Recovery Act…. [Read More]

JERRY BROWN ON JOB CREATION IBEW Local 1245 has endorsed Jerry Brown for Governor. He has a plan to create the jobs California needs. As a past governor, he proved he could deliver.   As Governor, Jerry Brown created nearly 2 million new jobs in California. He created thousands of new construction jobs by authorizing… [Read More]

By Ron Borst The support and the power from the people in New York who came to our rally was amazing. Talking to these people–whether it was Vinnie Alvarez from the Central Labor Council or Chris Erikson or Elliot Hecht or Austin McCann of the IBEW—you came away thinking, “These are powerful people.” They didn’t… [Read More]

By Ron Cochran   February is coming to an end. There has been ongoing organizing, jurisdictional disputes, termination cases, class action grievances and one duty of fair representation charge filed with the National Labor Relations Board. Organizing has been a real team effort.  Ralph Armstrong and Elizabeth McInnis have been putting in long hours.  We… [Read More] 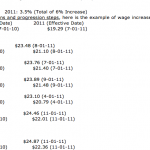 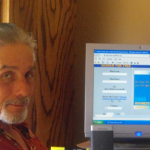 FORMER LINEMAN CREATES ON-LINE SWAP SITE The economic downturn is forcing a lot of people, including former IBEW members, to scale back spending or seek additional sources of income. “In these economic times I’m having a tough time,” says John Walthall, a former PG&E lineman now on long-term disability. He was in the middle of… [Read More]

SIERRA PACIFIC POWER CO/NV ENERGY Since emails have been sent out to members reminding them of unit meetings, attendance has been good. Attendance should stay strong as proposals must be presented in writing, seconded, and voted on by the membership at the unit meetings during the months of April and May. Invitations have been sent… [Read More]