On April 29, 14-year IBEW 1245 member Daniel Nino passed away at the age of 38 from complications associated with a lung transplant. Brother Nino spent many years working at the PG&E Call Center before moving over to Leak Survey where he worked as a Gas Compliance Rep for the past few years. 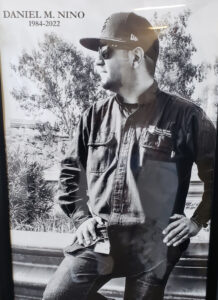 Brother Nino was diagnosed with MDA5 Dermatomyositis with Interstitial lung disease. He battled this disease for eight months while hospitalized at UCSF. I worked with Nino for 15 years. He was a great friend, and I was asked to speak at his funeral. Below is an excerpt from my remarks.

“At work, Daniel was a mentor, a leader and an advocate for his peers. He possessed such an extensive knowledge of his job that he was often asked to be a subject matter expert with new hire classes, helping them navigate through countless articles of information and serving as a mentor. He had an incredible rapport with management and his peers that he was approached about becoming a shop steward. A role he assumed with great passion, pride and dedication. In time, he accepted a Senior position, an opportunity where he was able to assist the people he cared about most, his peers. He provided support not just to his peers, but also to the public. Often having to diffuse escalated situations. He was a master of his craft and a humble servant.”

Funeral services were held on May 13 in Fowler, with over 200 people in attendance. 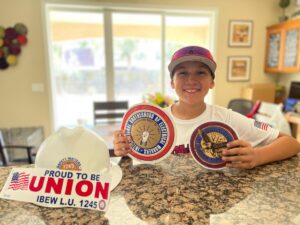 Nino is survived by his wife, Sonya and three children, Jordan, Jenesis, and Jeremiah. In this photo, Jeremiah is pictured opening an envelope containing union goodies and a hard-hat that we passed around to collect funds for the family during our unit meeting.

A vacation sale has been set up by the company, and PG&E employees can contribute by following these instructions. Donations can also be sent to the family via Venmo @Daniel-Nino-13. 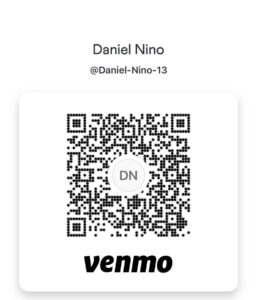