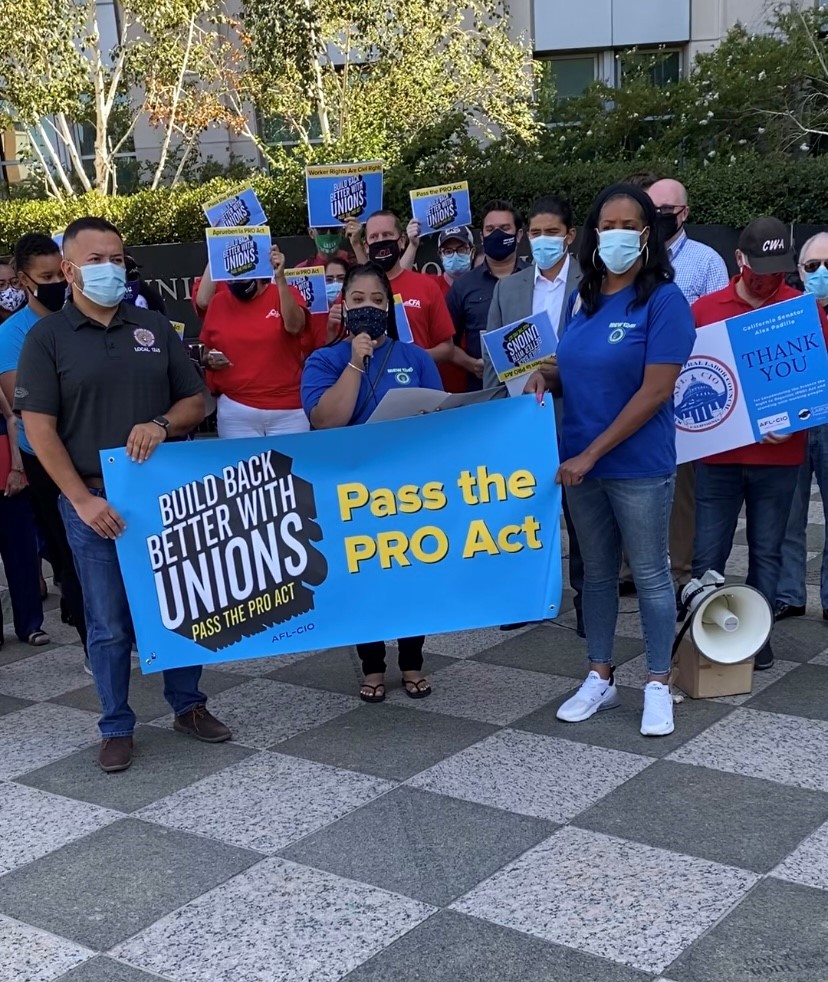 On July 22, Organizing Stewards Charlotte Stevens (left), Danielle Bonds (center) and Staff Organizer Rene Cruz Martinez (right) represented IBEW 1245 at a rally in support of the PRO Act in Sacramento. Bonds was a featured speaker at the event.

Our nation’s labor laws are woefully outdated and have become ineffective as a means for working people to have our voices heard.

Last year, the U.S. House of Representatives passed the most significant worker empowerment legislation since the Great Depression, but an anti-worker majority blocked it in the Senate. That piece of legislation, the Protecting the Right to Organize (PRO) Act, has been reintroduced in the new Congress.

The PRO Act’s passage is critical to ensure the voices of working people are heard and our nation’s economy works for all of us—not just the wealthy few.

The PRO Act will empower workers to exercise our freedom to organize and negotiate for better wages and working conditions. It will remove archaic barriers to organizing, increase worker protections and strengthen the institutions that hold corporations accountable. It will repeal the “right to work” laws that lead to lower wages, fewer benefits and more dangerous workplaces.

All workers want dignity and respect at work, and a fair share of what we produce. A union contract is the single best tool to ensure workers—all workers—have safe working conditions and earn a fair wage.

The PRO Act will empower America’s workers and make America’s economy work for working people, and its passage is a top priority for labor unions across the country.

Learn more about the PRO Act.