Safety in the International Brotherhood of Electrical Workers is a hot topic to approach, especially during this tumultuous season. As many of you are aware, several brothers working in IBEW 1245’s jurisdiction have perished on the job since the beginning of this year. One of these brave men is someone I worked with and went to school with, and while that means a lot to me, it doesn’t make my experience special, as the large majority of us all know someone who has died in this line of work. On one hand, our trade has a very strong “cowboy culture,” and on the other hand, our field’s leading institutions, including the IBEW, do place a great deal of emphasis on working safely. Naturally, these two forces clash — but that doesn’t mean progress is impossible.

As many of you who are aware of IBEW’s history know, this trade has become much safer over the decades, and is well below the 50% death rate it used to have before the formation of our union. That being said, the number of serious incidents and fatalities we’ve seen lately is extremely troubling, and there’s certainly been a bit of disgruntlement over where our trade is heading. Even amid this streak of recent deaths, I’ve heard a number of complaints over the bubble-wrapping tendencies of the bureaucrats placed in charge of our safety. 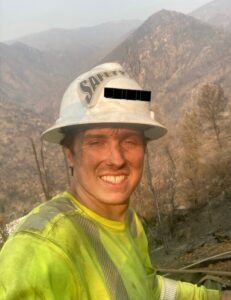 As members of a strong union, we enjoy the benefits of workplace democracy and the rights we have as workers – including the right to speak up and stop the work if something seems like it might be unsafe. I think it would not be a bad idea for us as union workers to take more ownership and responsibility over our safety. Contractors and companies vary in safety standards and requirements greatly across the industry, giving a lot of the rules and procedures we follow a sense of arbitrariness, and in turn trivializing the whole process for many people in this trade. If workers can’t see the logic in the rules, it’s hard to expect everyone to follow them. And by making the existing safety structures seem frivolous, the sense of concern for safety seems to get lost, and that’s where things can get really dangerous.

Everyone I’ve met on the job wants to go home at the end of the day, and as workers, we are the ones who are best equipped to keep ourselves and one another safe on the job.

This is precisely why IBEW 1245 created its unique Safety Steward program some years ago. This peer-to-peer safety program empowers workers to respectfully but firmly stand up and speak out when they see something that might be unsafe at work – without getting the bosses involved. By making workers more accountable to themselves and each other, I think we’d see a lot more inroads into creating a safer work environment in a more proactive, positive way.

As someone that’s vaccinated against COVID-19, I had to wear a mask around an unvaccinated, unmasked safety officer and sign two pages of COVID-19 symptom reports each day at a contract earlier this year. As someone who’s also relatively new to this field, I’m sure people with more experience in it have had to put up with even more ridiculous situations, where the inflexible rules established by management just didn’t make sense in the situation and impeded the crew’s work. By utilizing and expanding our union’s peer-to-peer safety program, I do believe that a great deal of the unnecessary paperwork can be done away with, while still promoting that culture of safety that keeps us coming home after work each day.

Knowing the sheer size of the revenues in the electrical utility industry, as well as the fact that our trade operates a regional monopoly on power supply due to the structure of the industry itself, advocating for something like a “safe work” surcharge to incentivize people to work safely, while allowing them to enforce their own work safety standards, wouldn’t be out of the realm of possibilities. In addition to that, I think giving workers more autonomy in regards to their own safety and wellbeing would probably reduce the attrition rate we see in the field, where more experienced workers often have plans of leaving eventually due to the uptick in bubble-wrapping we’ve seen lately.

I’m not against employer-provided safety standards, but I am against company bigwigs writing up all these rules and regulations for workers in the field to follow, just so the employers can protect themselves against any lawsuits that might come their way. When the safety culture revolves around corporate liability, there’s going to naturally be a lot of conflict between the workers and these safety edicts, and in that conflict, I think we’re going to see a lot of dangerous disregard for the rules set up to keep us safe. By holding ourselves and eachother accountable, and giving workers more of a say in their own safety, I think IBEW will make far more headway into making this trade safer and even more enjoyable to work in than ever before.

Jake DeFeo is a traveling groundman out of IBEW Local 47. He started working in 1245’s jurisdiction in April of 2021.