Back in 2009, when IBEW 1245 was in a big fight with NV Energy over the company’s attempt to gut retiree medical benefits, powerhouse labor organizer and union leader D. Taylor helped turn out members of his union, Culinary Workers Local 226, to support Local 1245 retirees at numerous public demonstrations. Taylor, who is now the International President of UNITE HERE, has remained a good friend and ally of 1245 for over a decade.

On Saturday, March 6, nearly 100 Local 1245 current and prospective organizing stewards joined President Taylor on Zoom for an insightful organizing training, followed by a Q&A and breakout sessions. The training opened with a video from Stacey Abrams of Fair Fight, voicing her support for the Amazon workers seeking to organize a union in the staunchly “right-to-work” state of Alabama.

“Collective bargaining is democracy in action in the workplace,” Abrams said in the video. 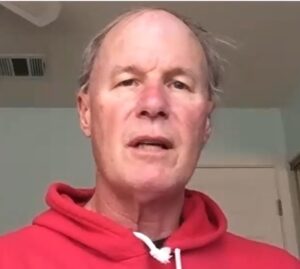 D Taylor spent the morning with IBEW 1245 members on Zoom, sharing his insights on organizing

Taylor, who spent much of his career organizing workers in a “right-to-work” state himself, echoed those sentiments as he connected the dots between the Amazon workers in Alabama and the hospitality workers he’s helped to organize in Nevada. Under Taylor’s tutelage, the Culinary Workers’ Union has emerged as one of the most dynamic organizing unions in the past two decades — and the key, according to Taylor, has been member-driven organizing and raw persistence.

Taylor pointed out that decades ago, when unions represented 36% of the labor force, there was no debate about the importance of fair wages, healthcare, retirement security and a safety net. Only when union density declined did we see drastic rise in income inequality – and by organizing to increase union density, especially at big employers like Amazon, we can turn the tide and level the playing field once again.

“We need 50 Alabamas!” he said emphatically, referring to the potential for more organizing drives like the one at the Amazon warehouse in Bessemer, AL.

Taylor’s presentation touched on a number of other topics as well, including political action and holding politicians accountable; the labor strike as a valuable tool in a union’s arsenal; the ongoing effort to increase the minimum wage to $15/hr; bridging ideological divides within the union membership; and the assistance program that UNITE HERE has set up to support the union members who have been displaced from work due to COVID.

The pandemic hit the hospitality industry particularly hard, with more than 90% of UNITE HERE members losing their jobs at the height of the crisis, and 70% are still out of work. Taylor explained how his union’s Hardship Fund has worked to help members navigate the unemployment system, set up and access food banks, fight evictions, and advocate for extended healthcare benefits. During the recent congressional debate over the new COVID Relief bill, UNITE HERE mobilized to secure 100% COBRA payments for six months – a huge victory with a direct impact on their members, and a clear demonstration of the power and value that comes from a collective voice at work.

The training clearly resonated with both the seasoned organizing stewards as well as the many newcomers who joined the video conference.

“The information about Amazon and a union was very helpful information! My son has been with Amazon for two years, and I think the union would be great for the workers,” remarked Jocelyn Jordan-Alexander, a newcomer to IBEW 1245’s organizing program. “I especially loved D. Taylor’s statement of holding politicians accountable- I believe we need to do that more often. I truly never knew how much the union fights for us workers until now, and I am so grateful that I can be a part of our union team.”

“D. Taylor was incredible. Very well spoken, inspiring and mostly fearless. I was really moved by his true-to-self words. I can tell he believes and means what he says, and he had hard-core facts and many years of experience to back it up,” said Organizing Steward Cynthia Lopez. “I appreciated his simple statement that talking with someone and not at someone really makes the difference. I liked his candidness on mutual respect for one another, no matter what political side we are on… I’m inspired and challenged!”

“I was really shocked at and happily surprised to hear that Amazon has begun the process of forming a union. I would have never known that was the case if I wasn’t a part of our fantastic union,” said new Organizing Steward Kris Wright, who works for PG&E in Sacramento. “The fact that the employees are standing up for themselves makes me happy … what [unions] do is not going unnoticed. I loved the call and can’t wait for the next!”

“This was also my first union meeting and I’m excited to see what we can do together to help out in the world,” said Janese Quinn, another organizing program newcomer from PG&E in Sacramento. “I’m ready to stay strong together!”

“My biggest takeaway from this training is what we are all in this together and can always count on our union!” said Veronica Rivera-Avilez, a longtime organizing steward who works for NV Energy. “We are one big family and will always support one another!”

Eileen Purcell and Rene Cruz Martinez contributed to this report.