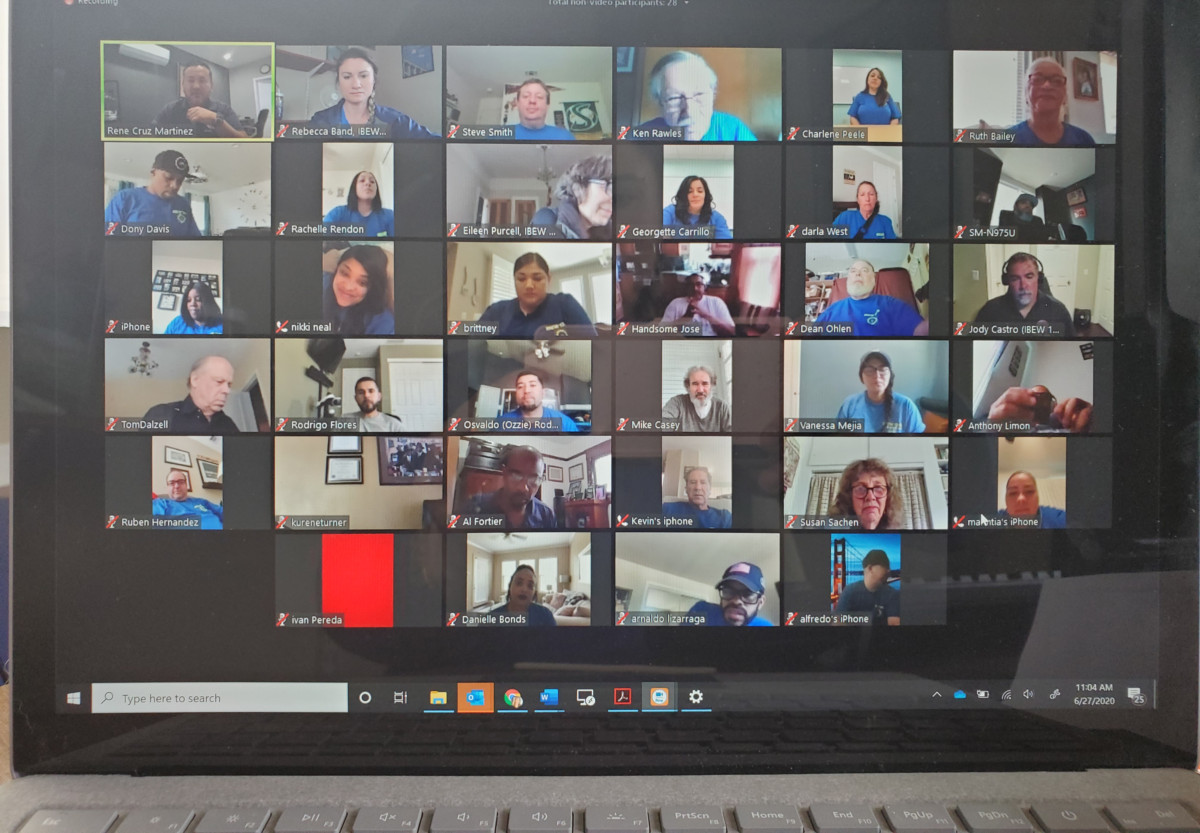 COVID-19 has resulted in a massive spike in unemployment, and now, more and more jobless workers are endeavoring to make ends meet through app-based services like Uber and Lyft. For these workers in the ‘gig economy,’ exploitation and wage theft run rampant, and the corporations do everything in their power to prevent the workers from exercising their rights on the job. As a result, many of these workers are on the clock 16 hours a day or more, and still earning poverty wages, with no PPE to protect them from the virus, no health insurance, no workers comp in case they get sick, no unemployment insurance, and no rights to collectively bargain to improve their conditions.

In 2019, the California Labor movement took a stand for exploited gig workers by advocating for the passage of AB 5, a law designed to crack down on worker abuse in the gig economy. AB 5 aims to prevent the misclassification of these workers and requires companies to provide them with the same sort of basic protections that all other workers get under the law. But just weeks after the law was enacted, Uber and Lyft announced that they would be funding a ballot measure to exempt themselves from the mandates in AB 5 – and with support from several other billion-dollar gig corporations, including Instacart, DoorDash, and Postmates, that’s exactly what they’re doing.

If passed, the Uber/Lyft ballot measure — known as Prop 22 — would absolve these companies of the responsibility to contribute to Social Security, Medicare, Unemployment Insurance, Workers Comp and other social safety net programs — shifting the burden to the taxpayers instead. (According to one study, Uber and Lyft owe California $413 million in unemployment taxes alone!) Prop 22 would also eliminate company liability to consumers on issues ranging from sexual assault to injury or death. And it would create an unfair advantage for companies that don’t follow labor laws, threatening public and private sector union jobs, and stripping away local control on workers’ rights.

These companies are seeking to create an underclass of workers who don’t have protections under the law – and if they succeed, it would open the door for other gig companies to expand unchecked and unregulated, threatening union jobs in every industry, even ours. That’s why California’s unions are uniting to oppose Prop 22 when it appears on the ballot this November.

On Saturday, June 27, more than 65 organizing stewards from Local 1245 joined a two-hour webinar to learn more about Prop 22 and the campaign to defeat it. The virtual info session began with a detailed presentation from Susan Sachen and Steve Smith of the California Labor Federation, who explained that the gig companies have committed $110 million to this ballot measure, and are already running ads about it that are intentionally designed to mislead and deceive voters.

“The official title of the measure is ‘Changes employment classification rules for app-based transport and delivery drivers’ – and as you can imagine, it’s really not clear at all, based on that description, what the measure would do,” Smith told the organizing stewards. “The confusion benefits Uber and Lyft because voters think that it’s a good thing, that drivers would be getting more rights, instead of the reality of having rights stripped away from them.” 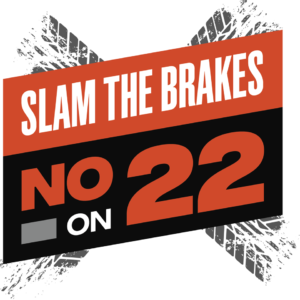 Smith went on to explain that once voters hear the truth about what Prop 22 actually seeks to accomplish, they overwhelmingly oppose it. But getting that message out to millions of California voters — especially now, with the pandemic still raging — is no easy feat. The labor movement doesn’t have $110 million to spend on ads like the corporations do, but what we do have is the power of the people, and collectively, union members can turn the tide for gig drivers.

Rachel Torres of the United Food and Commercial Workers (UFCW) Local 770 gave the organizing stewards real-world examples of how delivery apps, namely Instacart, have been chipping away at the grocery sector. The $13-billion-dollar delivery company has seen its business explode during the COVID pandemic, raking in hundreds of millions of dollars. Meanwhile, Instacart’s 80,000-plus drivers in California — many of whom are people of color, and the vast majority of whom are driving full-time — can’t even afford the basics like food and rent, and some are forced to sleep in their cars.

“Instacart has increased their business 500% as a result of COVID 19, and yet the company relies on ‘shoppers’ who, as independent contractors, have no rights under the law,” Torres told the organizing stewards. “They have to provide their own car and insurance, and they’re not paid the way other workers are paid. With COVID, lines have started forming outside grocery stores, and the drivers have to wait in those lines too. Do they get paid for that time? No! And they are at a higher risk of getting the illness, but they have no PPE or paid sick time. So they may be getting sick and still delivering food and passing the illness to the customers. It’s a terrible cycle.”

Mike Casey of UNITE HERE Local 2, the hospitality and hotel workers’ union, detailed the potential slippery slope of allowing gig companies to exempt themselves from the AB 5 requirements. He pointed out that there’s an app for food service work called Pared, which operates almost like an online hiring hall for restaurants – but unlike a union hiring hall, the workers earn much lower wages, with little or no benefits and zero job protections. While Pared isn’t one of the apps included in the Prop 22 exemption, Casey can envision how the passage of the measure could result in a domino effect for other industries.

“If Uber and Lyft are successful, other gig companies could use it to further undo AB 5, and we’ll see the proliferation of gig work, which could be devastating,” he said. “In a good-sized hotel kitchen, you could have 60 workers, and maybe 35 of those would be employees, and other 25 would be a never-ending stream of gig workers. That would lead to the erosion of our bargaining unit, since independent contractors don’t have the right to organize and join a union.”

It’s clear that the companies who are backing this measure are only looking out for their own bottom line, and they’re more than happy to slash wages, eliminate benefits and eradicate bargaining rights in order to pad their own pockets. But the good news is that union members have the power to fight back by voting No on Prop 22, and encouraging their friends, neighbors, co-workers and others to do the same. Our labor movement has been outspent before — most notably with Prop 32 in 2012 — but we’ve defeated money-power with people-power in the past, and we’re ready to do it again.

The organizing stewards who joined the webinar found it to be informative and eye-opening.

“I didn’t realize how these corporations steal from their workers — The speakers [on the webinar] brought so much light to the current situation at hand, and how important it is that we all do our part to fight!” said Organizing Steward Rachelle Rendon. “I am going to start talking to my family, friends, neighbors and those I encounter to help get the word out!”

“Not providing PPE to these workers who are essentially on the front lines of this pandemic is upsetting. These workers are human, just like you and I. They deserve benefits and to be treated fairly!” said Organizing Steward Charlene Peele. “We are at a time in this world when it’s critical we fight for what’s right! Enough is enough, we can’t let this injustice continue.”

“These corporations don’t care if it is a pandemic or not, what is important to them is building profit,” said Lead Organizing Steward Alvin Dayoan. “It’s important that we continue to support labor policies and help our sisters and brothers that are in need.”

“I really learned a lot and am more motivated to continue the fight for the rights of the drivers and delivery workers,” said Organizing Steward Ruth Bailey. “The speakers gave us so much great information to work with.”

“The training we had this past weekend was valuable,” echoed Organizing Steward Brandon Fosselman. “I want to thank the staff organizers, Rene, Fred and Eileen. The opportunities that I am getting, and the experience that I am gaining [as an organizing steward], is not lost on me.”