Some PG&E hydro generation employees work in and around fast-moving waterways every day – and for them, getting wet is part of the job.

“For those of us that are working in power gen, we never know when we might be in the water,” explained IBEW 1245 member and Power Gen Safety Team chairman John Stanich. “Most of the time it’s planned, but there’s also the contingency that you might find yourself in a water environment unexpectedly.”

Stanich, who works as a water service repairman out of Tiger Creek, can recall more than one occasion when a colleague ended up in the water with very little notice or preparation. Without the proper training, swift water can be quite hazardous, and even fatal — so a couple years ago, Stanich and his grass roots team started discussing the idea of a swift water awareness training for their work group. It took some time to get the idea off the ground, but in January of this year (pre-COVID 19), Stanich’s grass roots team hosted its first-ever swift water awareness pilot training program on the American River in Coloma. 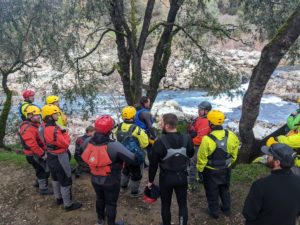 “We had 12 volunteers from all the different watersheds — because everybody has different challenges, and if somebody had some specific concerns, we wanted to make sure they could address them there,” Stanich told the Utility Reporter in a phone interview. “The course was taught by Don Lester, a subcontractor for Sierra Rescue. He responds to all the major flood disasters and he’s trained a lot of the first responders, along with the Navy Seals. So, we had access to the best instructor, and it was all based on empirical data.” 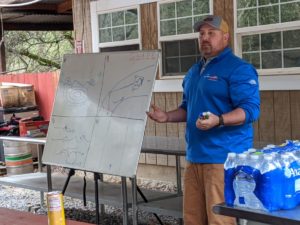 Lester’s curriculum placed a heavy emphasis on job safety analysis (JSA), helping the participants understand potential hazards, as well as potential resources available that they could use in case they found themselves in a situation where they’d have to swim to safety. The first half of the day-long training was conducted on dry land, and after lunch, they got in the water to practice the techniques and skills they’d learned. 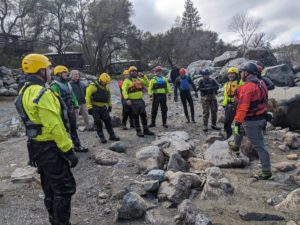 The first portion of the training was on dry land.

One of the main skills Lester focused on was the use of rescue throw bags. During the trial run on dry land, there were several failed attempts at throwing the bags, but that practice clearly paid off once they got in the water. 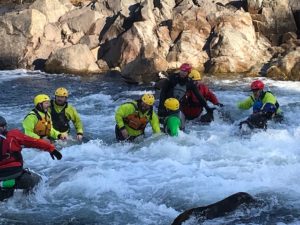 The participants practiced their new skills in the water

The course also included tutorials on submerging while wearing waders and life jackets, as well as while wearing only a wet suit. The climatization techniques they learned proved to be quite important, as the weather in Coloma in January was pretty cold – but Stanich remarked that they work around water year-round, so they need to be prepared in any season.

At the end of the day, all the participants left feeling more prepared and safer working around water. 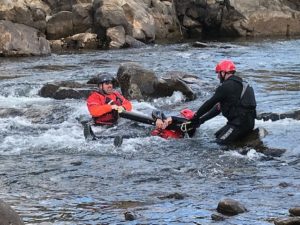 “Everybody learned something that not only could make them safer on the job, but that they could teach their family members too, to help them keep them safer when they recreate in the water,” said Stanich. “We had everybody fill out questionnaires at the end to get their feedback, and a lot of them said that it was one of the most valuable trainings they’ve had within the company, so that was awesome.”

Stanich credits the union, his director Alvin Thoma, and PGST for the success of the pilot program.

“People that participate in grass roots have more of a voice than they realize,” said Stanich. “Some people think that it might be a waste of time, but it’s not. Sometimes the ball moves slowly, but it’s not a waste of time. Grass roots can be a beautiful thing, but we only get as much as we put into it.” 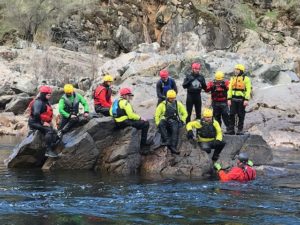