As a California State Assemblymember, Christy Smith has proven to be a strong ally of IBEW 1245 and its members. In 2019, she voted in favor of the IBEW 1245-backed wildfire bill (AB 1054) as well as our bill to improve wages and benefits for our line clearance tree trimmers (SB 247). When Smith announced that she was running in the special election for Congressional District 25 (the seat vacated by former Rep. Katie Hill), Local 1245 didn’t hesitate to step up and support her campaign. 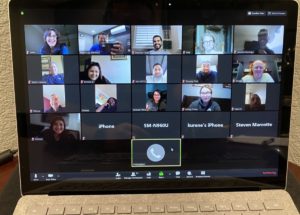 “In March, the IBEW 1245 organizing staff put out the call to our 24 lead organizing stewards. Immediately they rose to the challenge and helped us recruit volunteers through calls and texts with their organizing steward teams. Out of the 162 organizing stewards, a total of 82 signed up to phone bank!” IBEW 1245 Staff Organizer Rene Cruz Martinez reported. “Our volunteers in Sacramento, Fresno, Stockton, Modesto, San Jose, Merced, Oakland, Lompoc, and Reno/Sparks Nevada contributed a total 390 volunteer hours to the Christy Smith campaign.”

Getting out the vote during the COVID-19 pandemic was no simple task, as everything had to be done remotely. But the organizing stewards quickly adapted and made the most of the new software they used to reach out to voters by phone. 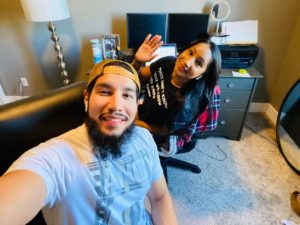 “Remote phone banking was an easy and seamless process,” said Organizing Steward Felicia Martinez. “It’s eco-friendly and seems like less work — no pens or paper, and all the information saved and sent automatically!”

“I personally think that every campaign should have this type of system for phone banking in place. It especially worked well with being able to make calls from home without gathering together,” said Organizing Steward Brenda Balcazar.

Local 1245 also took part in two statewide virtual days of action for the Smith campaign on April 13 and May 9. Both times, IBEW 1245 was recognized for our exceptional mobilization efforts. 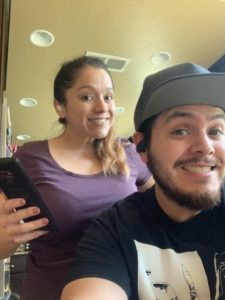 “Taking part in the day of action was amazing. Seeing how many people were a part of our zoom call was phenomenal!” reflected Organizing Steward Charlene Peele. “It shows the amount of support Christy Smith has from all over. To see the excitement of those on the zoom call and the dedication was amazing.”

Of course, campaigning during a pandemic presented its fair share of challenges. Given the heavy reliance on the remote-phone banking software, even a minor technical issue could bring voter outreach to a halt. Lots of voters simply didn’t answer their phones, and there was no way to follow up with a house visit. Additionally, connecting with voters during a global crisis resulted in some heart-breaking interactions.

“In response to the question I asked in regard to COVID-19 — ‘How are you doing?’  — one voter expressed that she was so stressed, depressed and aggravated that I even called and immediately disconnected,” said Balcazar. “It made me feel sad to hear that, and wish I could have helped her more.”

“A lot of voters I talked to were surprised there was still an election going on,” said Organizing Steward Miguel Pagan. “But I’m still motivated to continue to support labor-friendly candidates. Pandemic or not!”

The election was conducted entirely by mail ballot. Unfortunately, Smith fell short of the votes needed to win, and her opponent, Mike Garcia, will serve out the remainder of Hill’s term. 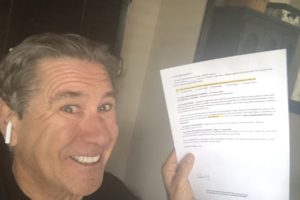 “The CD25 experience just cements the need for actual in-person contact; there is no replacement for pounding the pavement and hitting the doors,” said Organizing Steward Kevin Krummes. “I realize in these times we are hamstrung by what we can do, but if this pandemic curtails our efforts this Fall, we will need to do some serious brainstorming for new ways to reach our union brothers and sisters.”

“Although we lost this round, we solidified Smith’s support for labor’s agenda as we move into a legislative special session, positioned ourselves for the General Election, and built power!” said Staff Organizer Eileen Purcell. “We received strong recognition, not only from Smith, but from other political and labor leaders watching IBEW 1245’s ability to mobilize effectively.”

“We are so impressed with the work that IBEW 1245 staff and members put in to this campaign,” said California Labor Federation leader Art Pulaski. “Organizing is at the heart of everything this union does. Once again, IBEW 1245 members are setting the standard for all of us!”

The fight in CD 25 isn’t over, as Smith and Garcia will be up for a rematch this November.

“I want to thank the IBEW 1245 organizing stewards from bottom of my heart for the awesome work they did to help my campaign! Their energy and commitment stood out,” Christy Smith said. “I look forward to working with 1245 leaders during special session of legislature and in the future. With your help, we will win in November.”