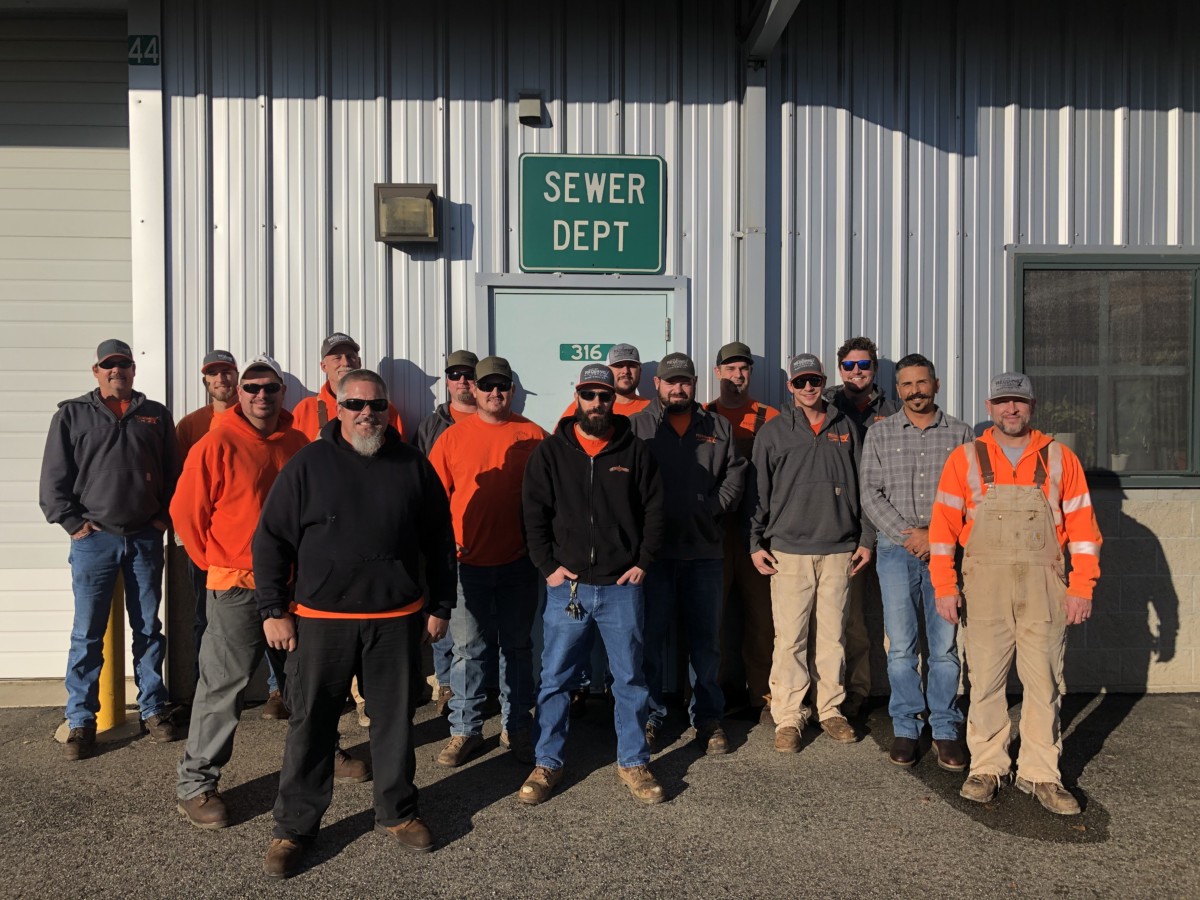 The IBEW 1245 members who work at the City of Redding’s wastewater utility collection department are the embodiment of workplace excellence.  Thanks to their hard work maintaining the system and preemptively addressing potential stoppages, in 2019 Redding clocked the lowest annual number of Sanitary Sewer Overflows (SSOs) since the city began tracking in 2007 — a total of just five spills altogether, averaging 1.16 spills per 100 miles of pipe. By comparison, the regional average over the same time period was 22.82, and the statewide average was 34.85.

“We have a really vigorous cleaning program, and we do a lot of inspections so we can identify problems and immediately dig up and fix them [before overflows occur]. Last year, we hydro-cleaned 1,596,479 feet of pipe, inspected 800,787 linear feet, and made 56 estimation repairs,” explained seven-year IBEW 1245 member Luke Pearson, who works in the sewer department. “We’ve got a great group here, we’re all friends at work and away from work … and we’ve actually been named as the wastewater collection system of the year for the north state for the second year in a row. We’re in the running for the entire state right now!”

“This is a direct result of crews working very hard to keep lines clear and reacting quickly to overflows when they do occur,” the City wrote on its Facebook page. “This caliber of performance protects public health AND the environment.”