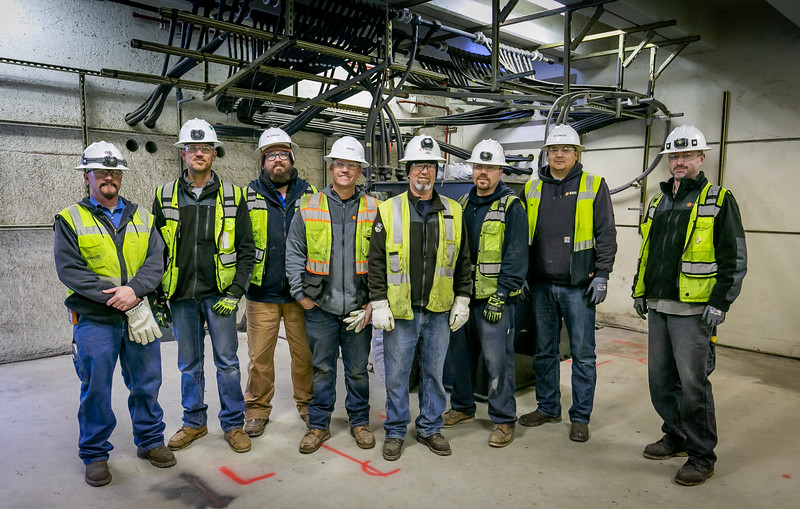 If you’ve passed through downtown Sacramento recently, chances are you’ve seen the major expansion and renovation project that’s currently underway at the Sacramento Convention Center. Once complete, the convention center will boast a footprint of more than 240,000 square feet, with a brand new 40,000-square-foot ballroom and 15,000-square-foot outdoor plaza.

As expected, the massive expansion project comes with some massive power needs. In January, IBEW 1245 members from Sacramento Municipal Utility District (SMUD) were called in to install two network transformers to supply the load for the convention center renovation. Each transformer weighs approximately 12,000 pounds, so the crew got a bit of assistance from a crane operator. 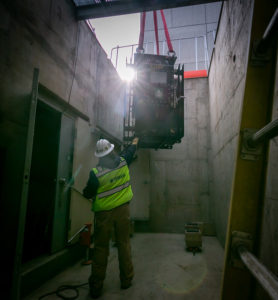 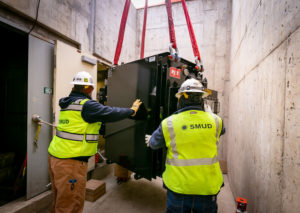 Getting the transformers into the vault involved an extraordinary amount of pre-planning. SMUD had to coordinate with the City to shut down 14th Street for a full seven hours in order to accommodate the 100,000-pound crane and its supporting counterweight trucks (which allow the crane to lift the transformers up 95 feet to get into the vault). Given the vault’s location in the center of the job site, SMUD also had to work closely with two different superintendents on the renovation project to facilitate the process. Additionally, they had to check in with the League of California Cities, which has offices adjacent to the job site at 14th and K streets, regarding garage access and other logistics. 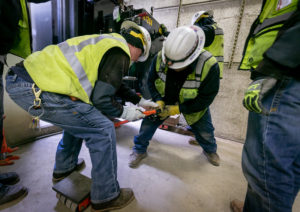 And the crane work is only part of the project – getting the transformers into their rightful places inside the vault presented a whole separate set of challenges. 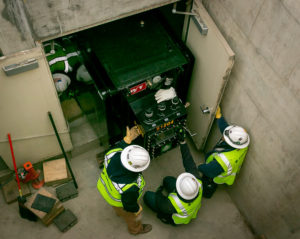 The team from SMUD handled the job with aplomb, meticulously ensuring that every step is completed correctly and safely, so the $200-million-dollar renovation project can move forward.