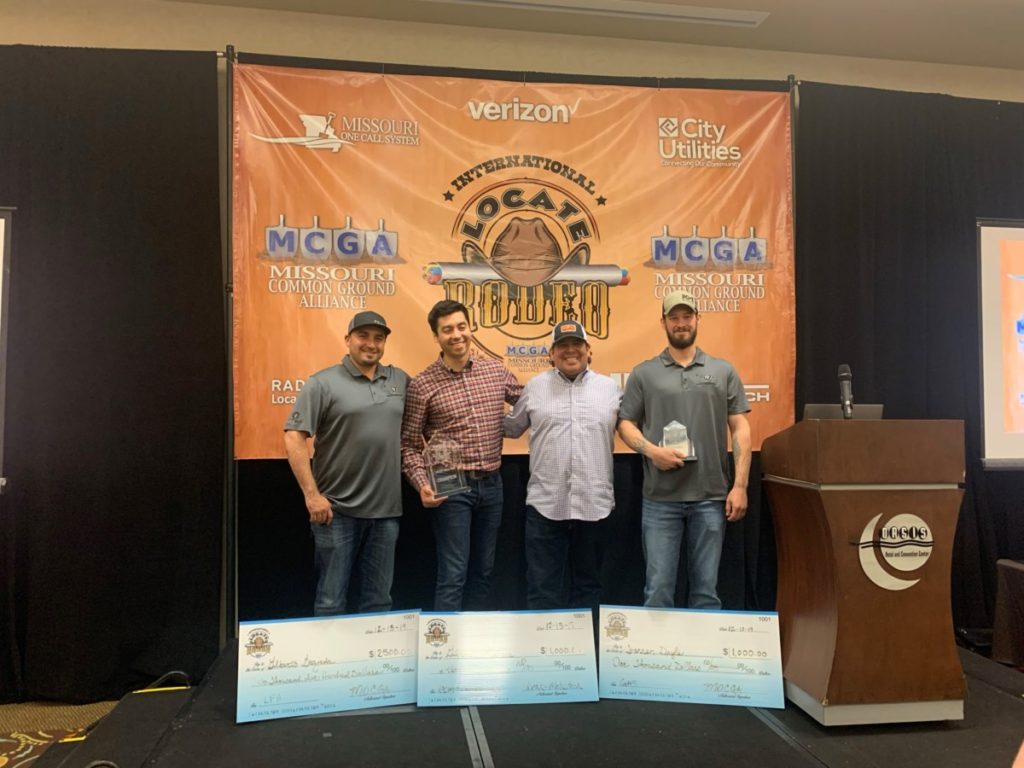 IBEW 1245 members proved themselves to be indomitable at the 2019 International Utility Locate Rodeo, bringing home a whopping five first-place trophies.

More than 65 competitors from dozens of utility companies from all over the world competed in the annual event, which took place on Dec. 13 in Springfield, MO.

The IBEW 1245/PG&E team consisted of Farron Drylie (Grass Valley) and Luke Munoz (Sacramento) who completed in the Gas Division, as well as Thomas Gongora (Fresno) and Gil Grajeda (Sonoma) who competed in the Electric Division. The four competitors secured their spots by placing in the top at the 1245/PG&E qualifier event, which took place earlier this year in conjunction with the 1245/PG&E Gas Rodeo.

The Local 1245 members demonstrated their prowess, with at least one 1245 member at the top of the scoreboard in nearly every event. Munoz placed first in Gas Event #1, and Drylie placed first in Gas Event #2 and also came in first overall in the Gas competition. Gongora nabbed the first place slot in Electric Event #2, while Grajeda won first place in the daunting ‘Locate From Hell’ event.

“Competing is always a little nerve-wracking, and there was a little extra pressure on us, I think, because of the negative publicity we’ve gotten over the past couple of years,” said Gongora, who competed at the international rodeo last year as well. “But we’re proud union members and PG&E workers, so we went out there and gave it our all. We just wanted to show everyone how great we really are.”

And indeed they did, as evidenced by the ample collection of awards they brought home at the end of the day.

“We’re so proud of how we did… It was almost embarrassing how often we were up on stage during the awards ceremony,” Gongora said with a smile. “It felt like every other winner they called out was from PG&E.”