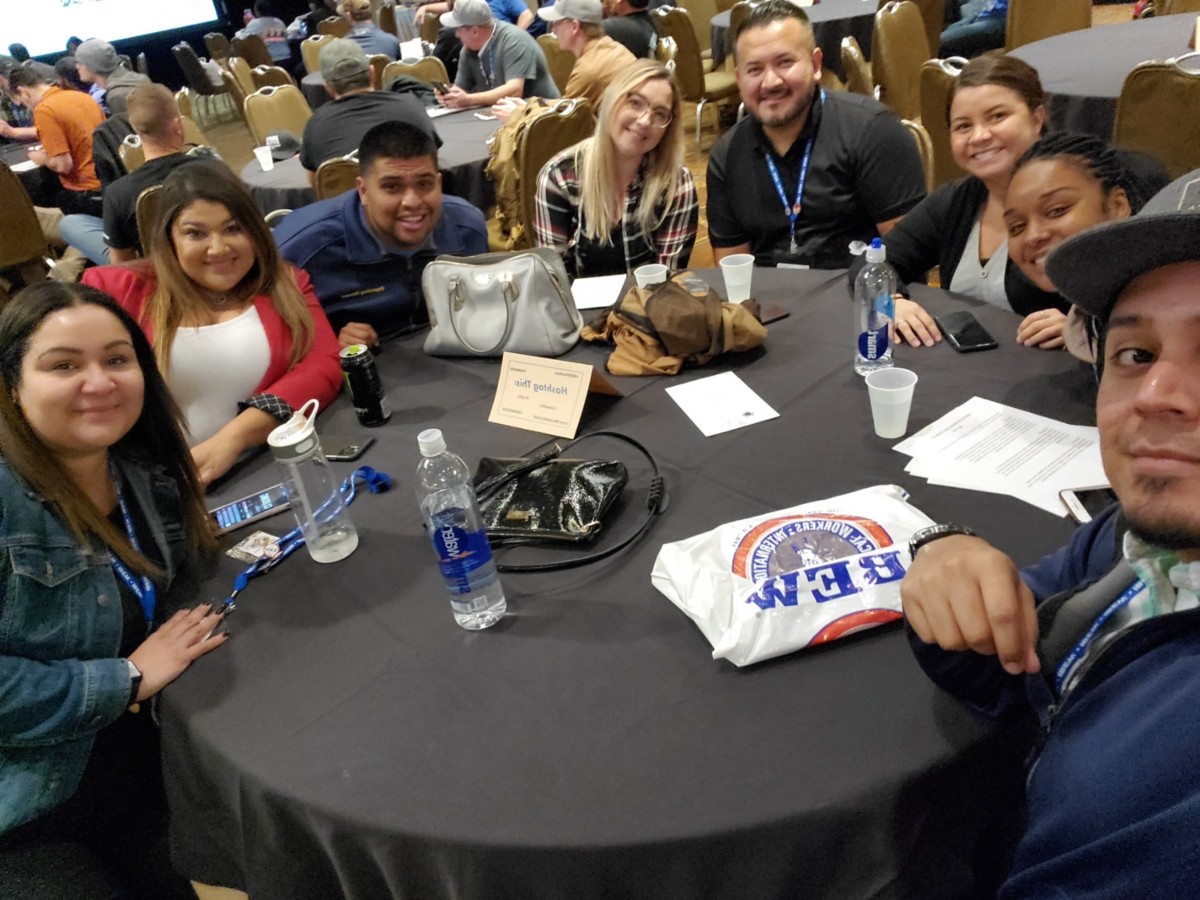 The IBEW 1245 delegation at the 2019 RENEW/NextGen conference

In mid-October, eight young organizing stewards from IBEW 1245 attended IBEW International’s 2019 RENEW/NextGen conference in St. Louis, Missouri. The four-day conference is specifically designed for up-and-coming IBEW activists, giving them the tools and knowledge they need to learn and grow into the leaders of the future.

As has become a tradition within the IBEW, the conference kicked off with a day of service at a local park in St Louis.

“Over 400 IBEW members went to the park to help with trash pickup. Everyone split up and covered the grounds,” Local 1245 Organizing Steward Brittney Santana reported. “I love that whenever IBEW members have a conference, we always try to give back to the city that hosts.”

In addition to the day of service, the conference also featured a wealth of informative workshops and plenary sessions. The Local 1245 delegation endeavored to attend as many different programs as possible, and each one found the sessions to be exciting and impactful.

“One of the many highlights for me was a workshop I attended on Implicit Bias,” said Organizing Steward Bridgette Thomas. “The instructor of this particular workshop was engaging and ‘in your face.’ He really made us take a look at ourselves and see if we displayed any type of bias, whether it be knowingly or unknowingly. It was a real eye-opener.” 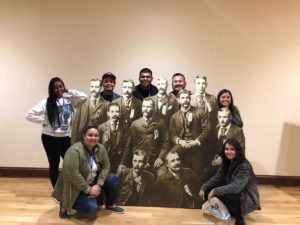 During the conference, the 1245 delegates got to visit the Henry Miller Museum and learn about the IBEW’s founders

“My absolute favorite training was ‘From Bystander to Upstander’ with sister Amanda Pacheco,” said Organizing Steward Thomas Mora. “She was able to use her ability to connect with each and every one of us members in attendance by sharing personal situations she has been in, as well as allowing others in attendance to share their experiences in sticking up for their fellow brothers and sisters.”

Organizing Steward Ramon Gonzalez was also moved by that workshop.

“It’s critical to understand the important of speaking up and intervening in difficult situations — but also knowing how to go about it,” he said, reflecting back on the session. “If we see someone being harassed or unintentionally being disrespected, it’s crucial to speak up and have each other’s backs — because that’s what being in a union is about.“

The conference also presented the young leaders with an opportunity to meet and connect with IBEW members from various locals, both near and far.

“The highlight of the event was being recognized by other locals for the hard work our local does across all the States. The IBEW in Hawaii praised our local and said they modeled their union’s program after the work 1245 is doing,” said Organizing Steward Griselda Fernandez. “I came back home with a different outlook in my participation with the union.”

Each attendee left the conference feeling empowered about their role in strengthening the IBEW and the Labor Movement as a whole.

“In listening to the speakers, one thing that stood out to me was the fact that Millennials as an age group have the highest support for unions,” said Organizing Steward Vanessa Mejia. “It gives me hope that we will continue to be active and engaged and help grow support for unions and increase our membership.”

“It was a great experience seeing all the young leaders from across the United States and Canada,” said Local 1245 Staff Organizer Rene Cruz Martinez, who accompanied the 1245 delegation. “I was inspired to see how engaged they were in the plenary and workshops.”