The powerful anti-union corporate cronies behind Janus vs AFSCME thought they could use the U.S. Supreme Court to weaken organized labor and turn union members against one another.

Their vision of workers splintering off and quitting their unions in the wake of the Janus decision never came to fruition. Despite the challenges that Janus presented, the Labor Movement has remained strong and unified – and is arguably even stronger now than it was before the infamous Supreme Court decision came down in 2018, as evidenced by a dramatic uptick in the number of workers participating in union strikes, several new high-profile union organizing campaigns, and a notable improvement in the public’s perception of unions.

Most public sector unions have successfully retained around 85% of their membership following Janus, but IBEW 1245 has far surpassed that figure, retaining around 98.5% of its public sector members, according to IBEW 1245 Senior Assistant Business Manager Al Fortier. 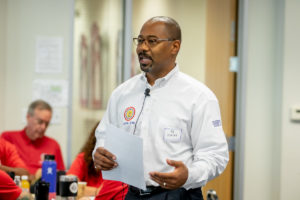 “I’d like to give you a hand, because you’ve really limited the impact of Janus on 1245,” Fortier told the room full of  VOC leaders. “Our union did an outstanding job in that regard.”

Caitlin Vega, legislative director of the California Labor Federation, affirmed that post-Janus, IBEW 1245 has retained more of its public sector members than any other union in California. The Labor Federation is comprised of more than 1,200 unions, and Vega has seen locals all across the state rise up to the challenge of Janus — but none can hold a candle to 1245’s program. 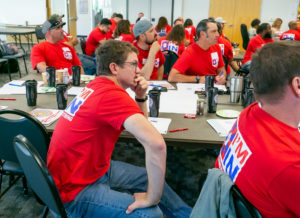 “I can tell you all, definitively and honestly, that nobody else has what you have built here at 1245 — a union that relies on the intelligence, the sophistication, the strength, and the power of their membership … to ask questions, to criticize, to bring their best ideas, and to continue to build a stronger union all the time,” Vega told the VOC leaders. “I’ve spent my life in the Labor Movement, and to get to spend time with a union like yours — member-driven and member-strong — is very inspiring.”

The VOC program has been truly transformative in nature, according to IBEW 1245 Business Manager Tom Dalzell, and has played a significant role in IBEW 1245’s organizing renaissance. 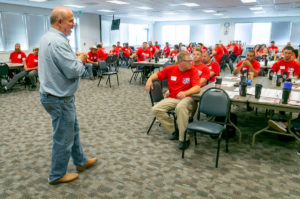 “I’ll be honest — this is not the way 1245 was running when I started here, back in 1981. But I believe that this is the way it’s supposed to be. Unions belong to the workers!” Dalzell told the VOC leaders, acknowledging the essential role that they’ve played in preparing for and responding to Janus. “This is the biggest accomplishment we’ve had at 1245 in my 38 years here. You are the key to our great success. You’ve done yourself proud, and you’ve done 1245 proud.”

Considering the broad public support for unions and all the good that they do for the middle class, it can be hard to grasp why aggressive opposition to organized labor keeps rearing its ugly head. University of Oregon Professor Gordon Lafer, widely considered to be one of the pre-eminent experts on this subject, helped the VOC leaders understand the impetus behind Janus and the countless other legislative and political attacks on public sector unions all across the U.S. 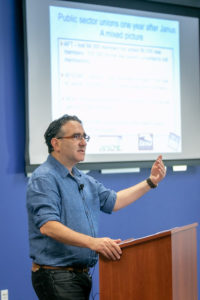 It goes without saying that the stronger the union is, the more power it has to bargain the best wages and benefits for its members, which is why these powerful corporate special interests are hell-bent on weakening unions like 1245, because the power our members have amassed by staying unified is allowing them to make significant gains at the bargaining table.

Take the City of Vallejo as an example, where more than 200 IBEW members were forced to take major concessions when the city filed for bankruptcy in 2008. Even after the city had regained sound financial footing, and it has continued to be exceedingly difficult for the workers to recoup what they had lost in the bankruptcy. So Local 1245 members decided to exercise their power last year, working to elect a labor ally, Hakeem Brown, to the Vallejo City Council – and the difference has been very positive.

“Having Hakeem on the Council has been really, really helpful in our efforts,” remarked City of Vallejo VOC leader Oni Brown. “We’ve gotten a lot back in regards to the general wage increases that we’d lost, and now we’re focused on the Retiree Health Savings Plan. We’ve made some leeway there too.”

Dorine Fabing, a VOC member from the City of Lompoc, succinctly explained why every public sector worker should be involved, not just in the union, but also in local politics, as they are inextricably intertwined. 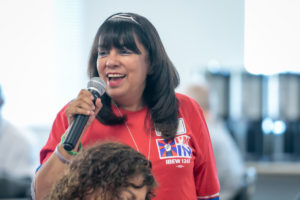 “Whoever’s on that City Council is going to have a say in what you get in that contract,” she told her fellow VOC leaders. “So we need to elect people who support city employees – otherwise, we’re going to have a problem.”

And it doesn’t stop at the local level. California’s exceptionally strong labor movement has also succeeded at electing pro-union lawmakers to the state legislature – and as a result, California has passed a number of landmark pieces of legislation designed to protect and empower workers in the wake of Janus (see graphic below for legislative highlights). 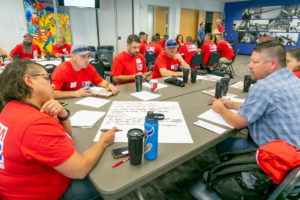 What our VOCs have accomplished over the past two years is nothing short of remarkable – but the work is far from over. With new laws on the books and the 2020 election season on the horizon, the VOCs are already strategizing ways to build more worker power in the coming year. There’s no telling exactly what the future holds, but one thing is certain – it’s going to take a whole lot more than a Supreme Court case to knock down organized labor. 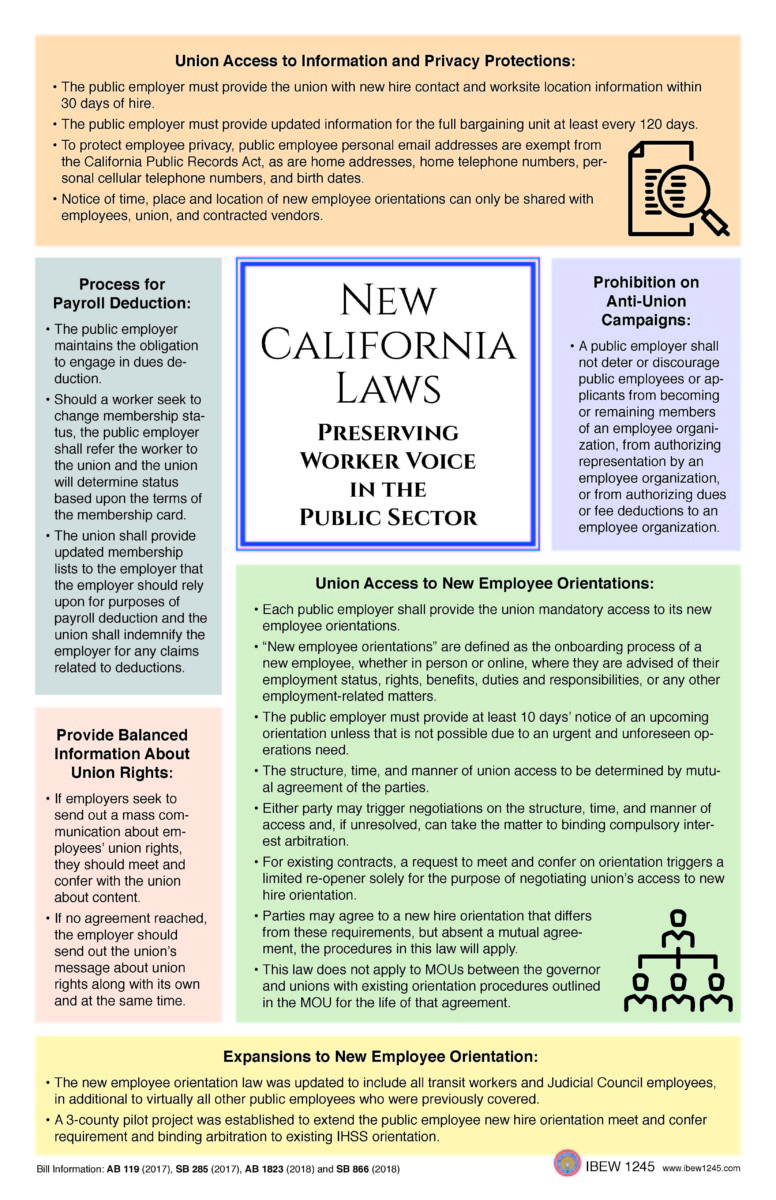