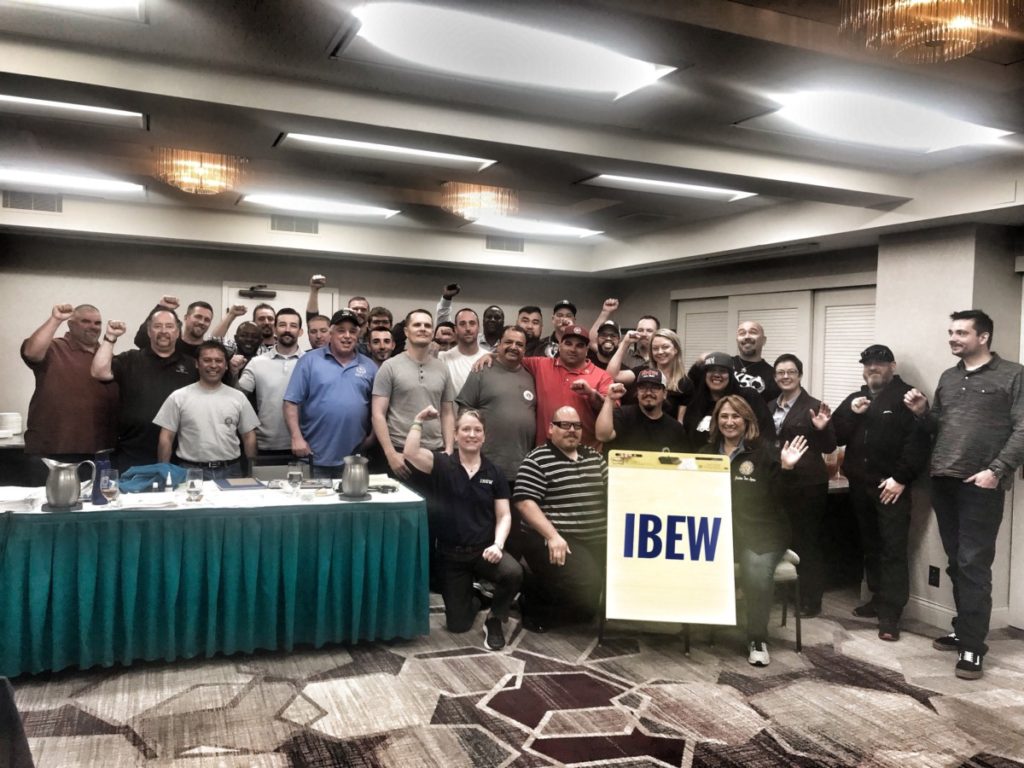 In early May, IBEW 1245 Organizing Stewards Arnaldo Lizarraga (Trayer), Mark Goodwin (PG&E Gas) and Phuong Tran (PG&E Gas) attended a comprehensive new organizing training in the East Bay, hosted by the IBEW 9th District. They were joined by IBEW organizers from Los Angeles, Seattle, Colorado and San Diego, and the group spent three intensive days learning all about growing the IBEW ranks by using different approaches to organize workers that are not yet unionized.

“I thought it was very informative. We learned about the ins and outs of organizing new workers and/or groups of workers … it was very interesting to learn how it all worked, what the process was to get signatory workers or bring new members into the IBEW altogether,” said Goodwin. “It was also nice to meet and hear from the organizers from other locals, learn what they do and what works or doesn’t work for them.”

“I learned that the core of organizing is building relationships, clear communication, and honesty,” added Lizarraga. “IBEW International Rep Tracy Prezeau had us engaged throughout the training. She energized the room, which make me feel powerful in order to fight for the labor movement.”

On the second day of the training, which coincided with May Day, the 1245 contingent stood in solidarity with IBEW 595, the Hayward-based inside local that’s engaged in a labor dispute at Helix. Lizarraga, Goodwin and Tran picketed outside the Helix worksite from 5:30am until 7:30am.

“Wish we could have stayed longer with the rest of the group, but we had to get back to our class,” said Goodwin.

“We were glad to wake up early and help our brothers and sisters in the fight. Thank you for the opportunity,” said Lizarraga.

From left: MArk Goodwin, Phuong Tran and Arnaldo Lizarraga on the picket line at Helix