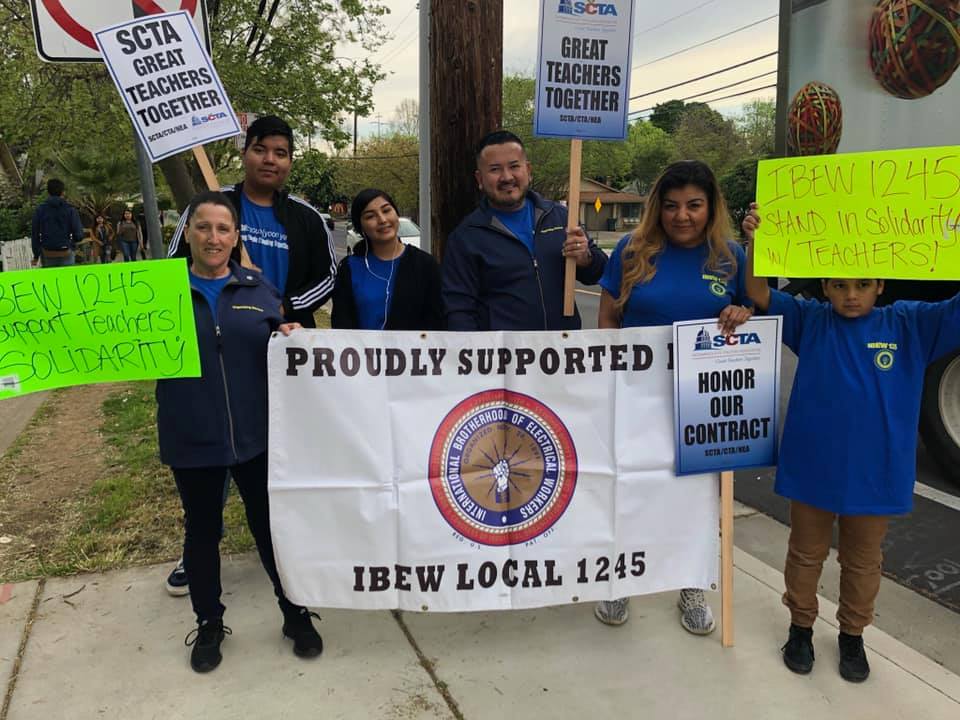 IBEW 1245 Organizing Stewards Nilda Garcia and Darla West, along with Staff Organizer Rene Cruz Martinez, stood in solidarity with striking teachers in Sacramento as the teachers urged the school district to honor their union contract and re-direct funding back into the classrooms.

“The school district has backtracked on the collective bargaining agreement and engaged in at least 30 unfair labor practices since 2017,” Cruz Martinez reported. “Some of the issues the teachers are speaking out against include overcrowded class rooms, a shortage of nurses (either no full-time nurses or no school nurses at all), and lack of basic supplies. One of the teachers shared that she asked for Kleenex for her students and was denied.”

The Local 1245 contingent attended a picket at the high school where two of Garcia’s children are enrolled, and the kids (along with one of Garcia’s younger children) joined the picket line as well. Later that afternoon, the picketers from the various schools around the district converged at the school district office for a large rally.

“It was an inspirational event!” said Cruz Martinez. “IBEW 1245’s presence did not go unnoticed. We were constantly stopped for pictures, and people wanted to express their gratitude for us being there. One thing is true, we can accomplish so much more when we stand together!”