Every year, the National AFL-CIO honors the legacy of Martin Luther King Jr. with a special conference focused entirely on civil and human rights, held over MLK Day weekend.

This year, three IBEW 1245 members attended the unique three-day conference in Washington DC. For all three 1245 delegates, this was their first trip to the nation’s capital, as well as their first time attending this conference, and they weren’t sure what to expect. But their experience proved to be remarkably powerful and inspirational. They had the opportunity to hear from a number of notable labor leaders, learn about MLK and the history of American civil rights, and hit the streets for a march and rally in support of federal workers who were impacted by the government shutdown (which was still in effect during the conference). 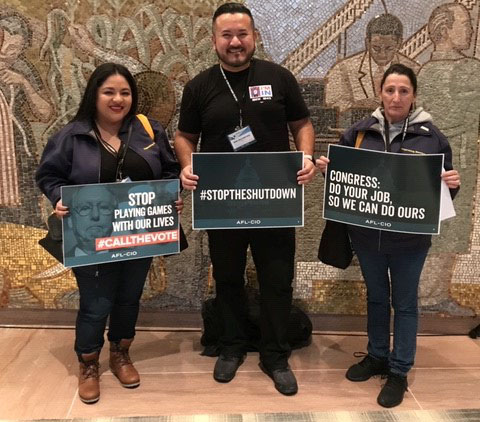 From left: Brenda Balcazar, Rene Cruz Martinez and Darla West at AFL-CIO headquarters, just before embarking on the #StopTheShutdown march and rally

“I am so grateful to have had the chance to walk shoulder to shoulder with other union brothers and sisters who were out of work due to the government shutdown,” said 1245 Organizing Steward Brenda Balcazar, who works at the PG&E San Jose Call Center. “All the different unions coming together as one and marching together as one was great to see.”

“The main highlight for me was the Day of Action,” echoed IBEW 1245 Staff Organizer Rene Cruz Martinez. “We got to hear from IBEW 1245 longtime friend and IBEW sister, AFL-CIO Secretary-Treasurer Liz Shuler, as well as National Nurse United Executive Director Bonnie Castillo, who called for an end to the federal shutdown. The rally was closed by CLUW President Elise Bryant who composed a ‘Stop the Shutdown’ song that got everyone fired up for the march.”

Sara Nelson, the president of the flight attendant’s union and the figure largely credited for ending the shutdown through an orchestrated airport work stoppage, also spoke at the rally, making headlines for her comments about a general strike.

“To hear Sara Nelson speak was so powerful; the impression she left on me is one I will keep for my lifetime,” said 1245 Organizing Steward Darla West, who works at Sacramento Regional Transit. “I’m so proud to be a union worker and to be a woman in this movement.” 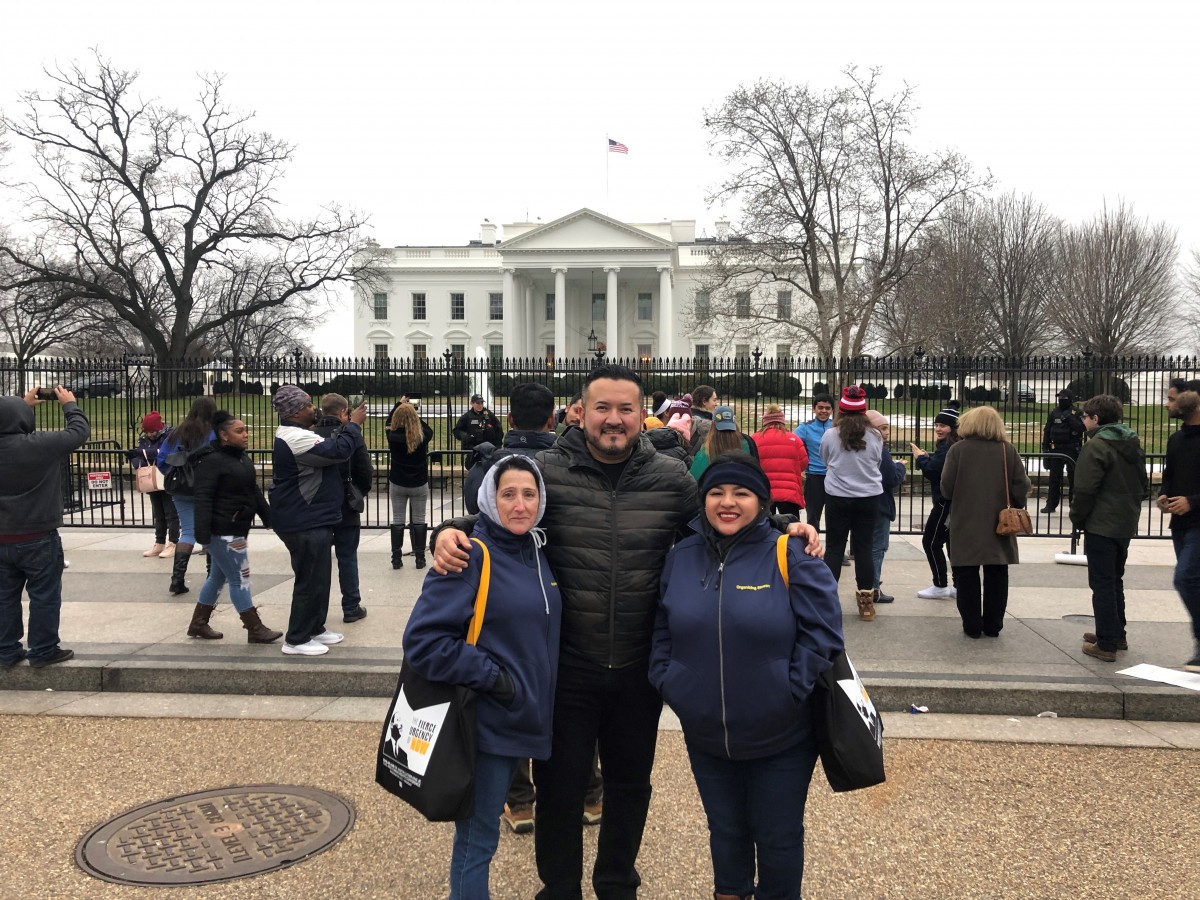 The IBEW 1245 delegation posed for a photo outside the White House.