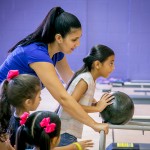 When Mason Nguyen-Quiroga was diagnosed with the rare muscle disease Dermatomyositis at the tender age of eight years old, he spent seven weeks in the hospital and was confined to a wheelchair for more than a year. Now, two years later, Mason still needs daily medications and weekly injections. Kids with Mason’s condition usually don’t… [Read More]

President Obama announced Monday night a rule change that would make millions more Americans eligible for overtime pay. The rule would raise the salary threshold below which workers automatically qualify for time-and-a-half overtime wages to $50,440 a year from $23,660, according to an op-ed article by the president in The Huffington Post.

A new Letter Agreement between IBEW 1245 and PG&E (LA-R1-15-15-PGE) has been signed that deals with Provisional Distribution System Operators. You can read the full text here. 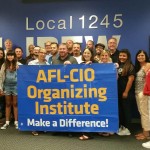 By Eileen Purcell, IBEW 1245 staff organizer When the workers at his facility began organizing to join IBEW 1245 in 2013, Sunoptics assembler Todd Davis found himself taking on a new role – that of a union organizer and leader. He stepped up and helped run a successful organizing campaign that resulted in a victorious… [Read More] 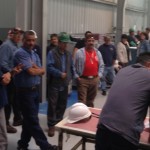 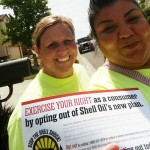 By Rebecca Band Marin Clean Energy is up to its same old dirty tricks. The deceptively-named company has expanded its bogus program into the city of Benicia, and now Benicia residents are being enrolled in MCE without their consent – under the ironic guise of “Community Choice Aggregation.” On Saturday, June 20, IBEW 1245 held an… [Read More] 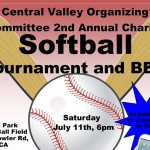 Hosted by IBEW 1245’s Central Valley Organizing Committee, this fun-filled event will take place on July 11th at 6pm at Smyrna Park in Ceres. All the proceeds will go to benefit Ceres Recreation. 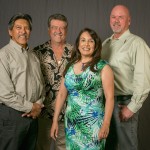 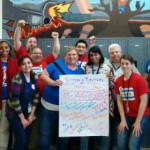 The National Labor Relations Board’s new election rule—aimed at reining in employers’ power to stall union drives—went into effect April 14. Organizers say the rule has immediately shortened the wait between filing a representation petition and voting. 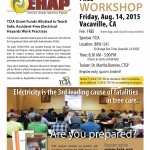