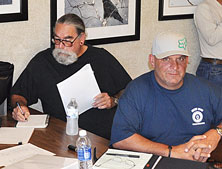 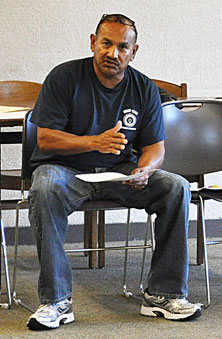 <
►
>
IBEW 1245 members at the City of Lompoc holding their first unit meeting.

After a long battle to gain IBEW representation, City of Lompoc employees held their first unit meeting on July 30.

Jaime Tinoco, who led the organizing drive, will serve as unit chair. Gary Silbaugh is unit recorder and Dave Paretti is sergeant at arms. Business Representative for the unit is Pat Duffy. The unit’s official number is 1218.

Both the Clerical and Operations units voted overwhelmingly for IBEW representation in June. Negotiations with the city for a labor agreement are now underway.