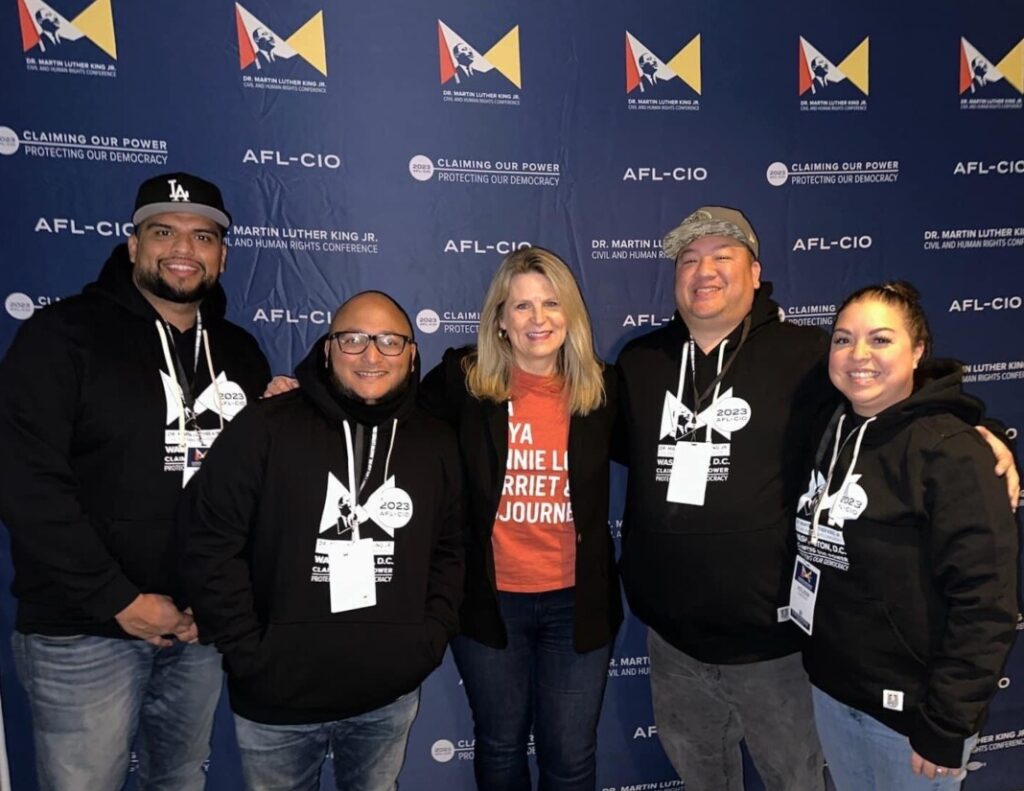 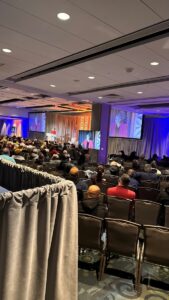 The conference honors the life and legacy of Dr. King, bringing more than 700 trade unionists together during the MLK holiday to volunteer for a day of community service, listen to motivational speakers during plenary sessions, participate in workshops, and taking action in the streets for the MLK Peace Walk and Parade.

“It was an exciting experience. I was humbled to meet many members from different unions, backgrounds, and trades,” said PG&E Gas Service Rep and IBEW 1245 Organizing Steward Lead Joseph Loc Hoang. “From feeding the less fortunate, to attending the different workshops, it was a rewarding experience.” 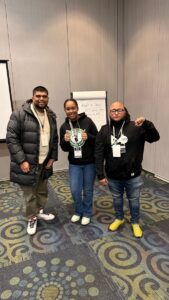 “The main highlight that really stood out to me was the workshop ‘The Fight for Workers Rights,’ which was held on the topic of battling to unionize Starbucks,” IBEW 1245 Organizing Lead Thomas Mora reported from the conference. “I will now order my coffee name as ‘Union Strong’ instead of my own name. The gala was very fun, and the young leadership meeting was a hit. They had a DJ and young union reps speak about how the union has helped them.”

“We all play an important and different role in the fight for civil rights and equality. We don’t realize the impact we, as one person, can have on someone,” said Organizing Steward Lead Aileen Zuehlke. “We need to continue to have these conversations and continue to get others involved.” 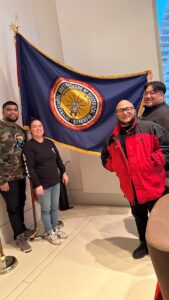 “I met amazing people including our IBEW sister and the first elected woman leader of the AFL-CIO President Liz Shuler, as well as brothers and sisters from other unions,” exclaimed newly appointed Organizing Steward Roberto Delgado-Bustos III. “Hearing young people trying to unionize like Starbucks Workers United and their struggle, how their voices have been silenced and jobs terminated just trying to unionize…everything made me reflect on how lucky each one of us are to be part of our union.”

To view a video recap of the conference, check it out here