Mississippi River down to a trickle. Tornado outbreaks in December from Oklahoma to Florida. Hurricanes coming one after another that batter Florida from Gulf to Atlantic. Snow storms dumping record amounts of snow. Record heat waves and droughts from California to Idaho.

And what are the costs for these weather-related events? Mississippi shipping hampered delaying grain, iron and goods. Tornados are no longer limited to Tornado Ally of the Texas Panhandle and Oklahoma, causing death and destruction in areas and months never expected before. Hurricanes more powerful and common that wipe out coastal areas and bring record floods one after another needing taxpayer money to fund emergency services and rebuilding. Snow storms shutting down roads and businesses with cities spending millions in snow removal. Drought causing crop and livestock losses jacking up food prices and the fire season lasting much longer that create mega-fires that destroy lives, livelihoods and wipe out neighborhoods.

And what are the costs just to utility companies? Damage and replacement of infrastructure which in turn causes losses to stockholders and in some instances, utility bankruptcy. 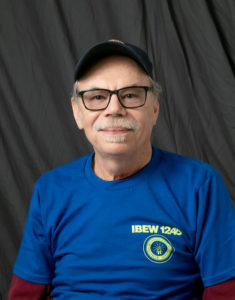 If the science isn’t clear enough for some, the fact is that there are more modern, efficient and renewable alternatives for power can’t be overlooked. Technologies change. Health issues become more apparent. Asbestos was found to be hazardous, but alternatives were found. Steam powered and belt-driven machinery with no safety guards were replaced with electric motors.

In a time of limited resources that aren’t renewable and can be causing the climate crisis, just how long can we rely on easy, safe and affordable power? Shouldn’t labor be looking for alternatives for the next phase of long lasting jobs and be part of any solutions?

The latest climate related issue now involves natural gas. The California Air Resources Board (CARB) voted in September to ban the sale of new gas furnaces and water heaters beginning in 2030. Gas furnaces in California won’t necessarily disappear in 2030. It just means that in eight years, there will only be zero-emission replacements as old furnaces and water heaters begin to break and need to be replaced. The legislation also comes with rebate money to help residents make the switch to zero-emission technology.

Already many are blaming Green politics and critical of the plan. Making claims of job losses, that everyone will have to replace their gas furnaces and hot water heaters, and basically that the sky is falling (once again) without any research into any alternatives or even what others in the industry are planning.

Each of California’s large gas utilities, including SoCalGas, as well as PG&E and San Diego Gas & Electric, have plans to study blending hydrogen into their gas systems. SoCalGas said their company “…envisions overhauling much of its system to transport what is known as green hydrogen…” Hmmm? Sounds like a possible alternative with long lasting jobs to me.