Twelve-year IBEW 1245 member Nicole Brooks has joined the IBEW 1245 staff as a Business Rep. She will be working with members in PG&E’s East Bay/Mission Division. 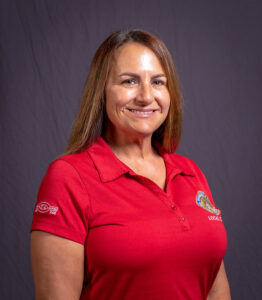 Prior to coming on staff, Sister Brooks worked for PG&E in a variety of classifications, including an Electrical Apprentice, GC Gas Utility Worker, and most recently in the GC Gas transmission department as a Senior Construction Operator. She has been filling in various assignments as temporary Business Rep for Local 1245 in 2022.

Brooks has served the union as a shop steward and safety steward. She’s on 1245’s Control the Pressure peer-to-peer safety committee and served as an Advisory Council member representing GC of PG&E At Large for over three years. She has also served as a 1245 delegate for several conferences, safety summits, and recently presented a transmission workshop at the Inter-Union Gas Conference.

In her role as Business Rep, Brooks extends her gratitude to IBEW 1245 Business Manager Bob Dean. “Thank you for allowing me to represent and support our members,” said Brooks.

Sister Brooks has one daughter in high school. In her spare time, Brooks loves live music, traveling, working out, and the outdoors.