IBEW 1245 is proud to announce that PG&E Diablo Business Representative Jody Castro has been promoted to the role of Safety Director. Brother Castro became an IBEW member in 2005 after beginning his career at PG&E in GC Distribution Gas. Shortly thereafter, he moved over to substation as an apprentice electrician and worked in both GC and Division as a journeyman electrician. 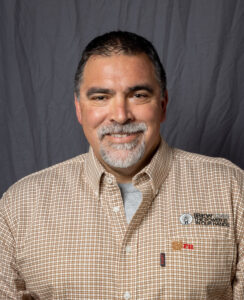 Brother Castro has always played an active role in safety, both as the grassroots lead in substation as well as in his time with IBEW 1245 since being hired on staff as a Business Rep in 2020. As Safety Director, brother Castro will be responsible for all internal safety within the IBEW 1245 organization, as well as act as a liaison between many of our signatory employers and the union.

“As a respected journeyman, Jody has been a longtime advocate for the safety of his brothers and sisters. Jody was the perfect choice for this role and he will help move safety forward at 1245,” IBEW 1245 Business Manager Bob Dean said.

In his new role, brother Castro will report to Senior Assistant Business Manager Ralph Armstrong. “As with anything we do in our daily lives, the way to get better is to be committed and immersed in it,” Armstrong said. “Work as a Safety Director is no different. This is our first full time Safety Director at 1245 and we couldn’t be more excited to have Jody in this role.”

For issues on safety, brother Castro can be reached directly via email at Safety@ibew1245.com