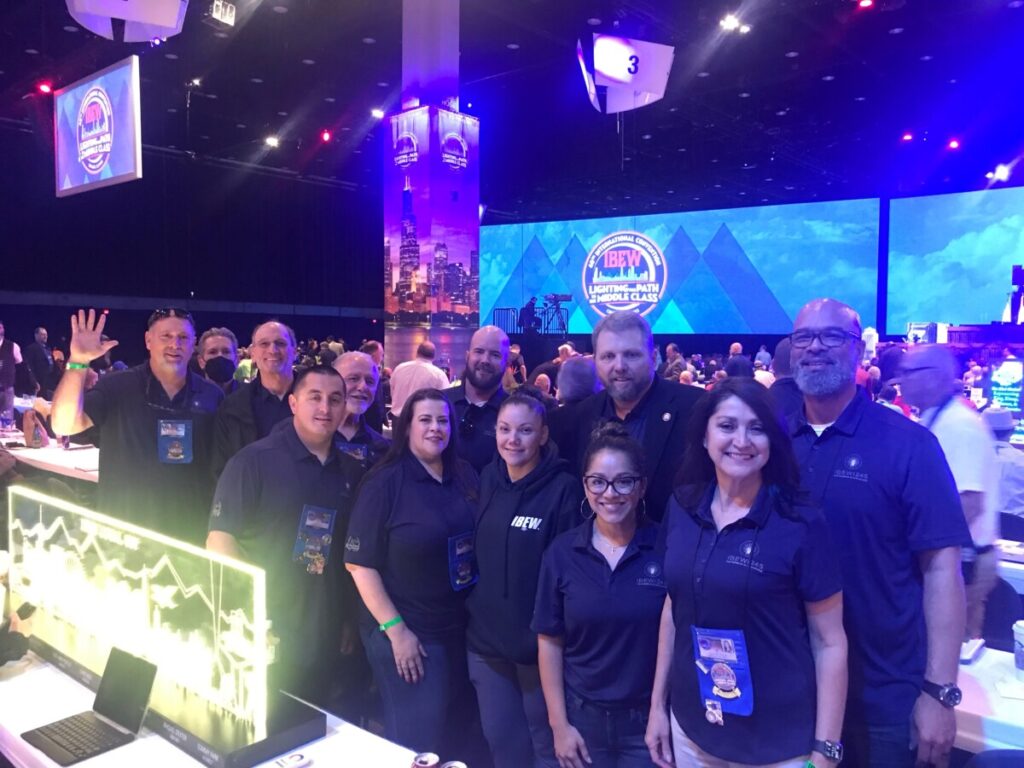 Local 1245 delegates at the IBEW International Convention in Chicago

After a one-year postponement due to the worldwide coronavirus pandemic, the 40th IBEW International Convention commenced this spring with a procession of skirling bagpipes and beating drums, as more than 3,000 delegates from IBEW locals across the US and Canada came together in Chicago. The choice of location is particularly poignant, as Chicago hosted the second IBEW Convention 130 years ago, where the first women became members of the IBEW and where the publication of our monthly newspaper, The Electrical Worker, was authorized.

On the Thursday prior to convention, hundreds of delegates and guests participated in the IBEW’s traditional Day of Service, where they volunteered their time to give back to several organizations in the Windy City. Over the next two days, delegates participated in various meetings held by RENEW/NextGen, Veterans, Women’s, Government Affairs, and EWMC caucuses. IBEW 1245 Shop Steward and Lead Organizing Steward Alvin Dayoan served as a panelist for EWMC’s Diversity, Inclusion and Equity meeting. 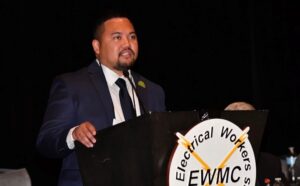 ”I spoke and highlighted our Organizing Steward work and how we engage and recruit our members to get involved,” said Dayoan.  “The idea of speaking in front of hundreds of our members from all over our nation was nerve wracking at first. But with the support and motivation from our IBEW 1245 staff and delegates, my goal was to represent our local with pride and share best practices of why it is important to start an organizing steward program within your local.” 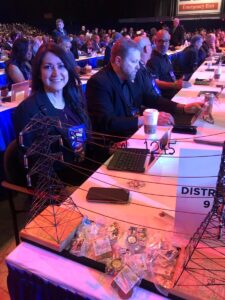 The week-long convention kicked off on Monday, May 9, where delegates debated and voted on challenging amendments and new resolutions that will shape the future of our strong brotherhood. Debate was encouraged, with illuminated podiums strewn throughout the room for delegates to speak freely in support or against a proposal. When all debate concluded, delegates participated in the democratic process by casting their vote with a roaring yay or nay.

International President Lonnie Stephenson lead the convention each day, and praised the IBEW as being “bigger, stronger” and “more inclusive, equitable and diverse than in years’ past.” When it came time to elect the International Officers, President Stephenson proudly accepted the nomination by the delegates for another term as head of our great union, as the room erupted in thunderous applause.

Distinguished guests and labor leaders were invited each day to take center stage to speak about the strength of the IBEW and the labor movement, some travelling from as far as Ireland and Australia.

“The power and might of the International  Brotherhood of Electrical Workers was on display and evidenced by the guest speakers at our Convention,” said IBEW 1245 retiree Kevin Krummes, who attended the convention as a delegate. “The mayor of one of America’s premier cities, Chicago, Lori Lightfoot, the Governor of Illinois JB Pritzker, Senator Dick Durbin of Illinois, and President of the United States Joe Biden. Is there any doubt how big a stick IBEW wields in the political landscape of North America?” 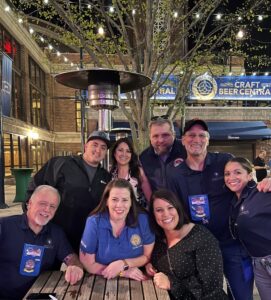 As the largest IBEW local in the nation, lots of eyes were on Local 1245 and its many trailblazing initiatives.

“On many issues that were addressed, Local 1245 is ahead of the pack, and seen as a leader,” said delegate and Local 1245 Executive Board member Gary Maschio. “I met so many members from around the country who knew about our local and admired the work that we have done over the years. It was also interesting to see so many members who were from multi-generational IBEW families.”

For more convention highlights, video recaps, and details on the amendments and resolutions that were debated, visit https://ibew.org/ibew40thconvention