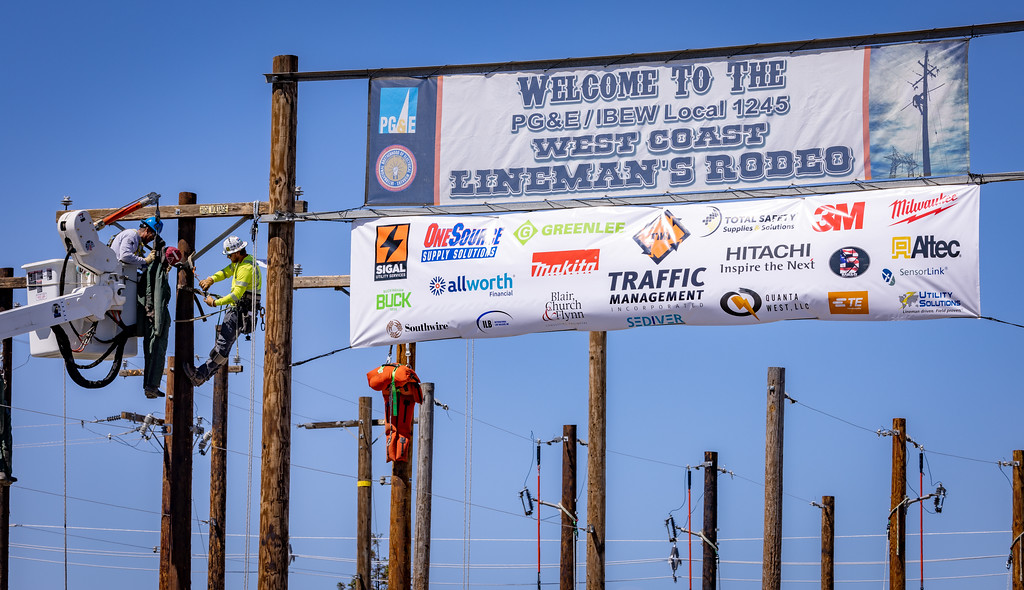 The West Coast Lineman’s Rodeo returned to PG&E’s training facility in Livermore, Calif. on May 21, 2022.

After a two-year, pandemic-induced hiatus, the PG&E/IBEW 1245 West Coast Lineman’s Rodeo returned this spring, with more than 20 apprentices and around 60 journeymen linemen participating in this time-honored tradition.

The Rodeo showcases the unique, exceptional skills that lineman utilize in the field every day — but in this case, they’re in simulated environment with hundreds of spectators cheering them on. Local 1245 is home to some of the most elite Lineman’s Rodeo competitors in the nation, and they were thrilled to once again show off their abilities in this friendly-yet-fierce competition. 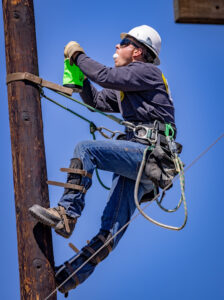 The linemen at this year’s Rodeo competed in four different events that draw on their knowledge, experience, and training, including the classic Hurt Man Rescue and Pole Climb events, along with two surprise “mystery” events.

Seasoned Rodeo competitor and Journeyman Lineman Matt McCurdy, an 11-year IBEW 1245 member, detailed what the two mystery events were like.

“You had to replace two fuses. They had two cutouts on a single-phase line, and [in the simulation] the lines are energized. So we had to use a Jack jumper  — It’s a tool that keeps the line energized while you pull fuses and replace them,” McCurdy explained. “And then there was an insulator change-out. There was a three-wire tangent arm, and you have to change the middle insulator out. You have a simulated 4KV, so we used rubber gloves, cover up, all that good stuff.” 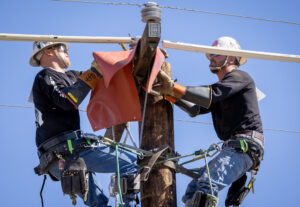 McCurdy was pleased with how his team did overall, and as he waited for the final results to be announced, he was hopeful that they scored high enough to secure the highly-coveted top prize – an all-expenses paid trip to compete at the International Lineman’s Rodeo in Kansas City.

“It was a good day. We had really good times,” he said. “We did have one two-point deduction. We dropped a fuse on the cutout fuse replacement, so that hurt us. We’ll see what happens at the end.” 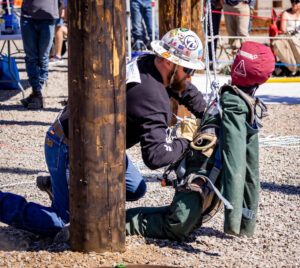 The competition was stiff, and although McCurdy and his team ultimately fell short of victory this year, he still walked away with a smile, knowing that, win or lose, he’s got the IBEW in his corner.

“I’m proud to be with 1245, and I think they’re great for our trade and for this company,” he said. “It’s been a great union. I was a shop steward for a while. [I appreciate] the benefits, the union’s always working for us, helping us out.”

For linemen, who so often are working far away from home, the Rodeo is a unique chance for their families to watch, admire, and learn more about linework.

“I thoroughly enjoy the Rodeos, just because it’s a good opportunity to be able to see what the guys do on a day-to-day basis, or at least see a part of it,” said Michelle Albright, whose husband, Anthony Albright, is a well-known and decorated competitor on the Rodeo circuit. 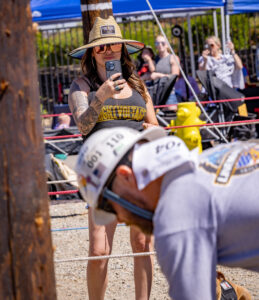 Michelle Albright, background, snaps a photo of her husband competing at the Rodeo

“I think this is our ninth year doing Rodeos. They’ve won at the International Rodeo eight different years, and they actually podiumed one year and got first place overall, which was really cool to be a part of in Kansas City,” she said with pride.

Albright also appreciates that the Rodeos giver her the opportunity to get to know other line families from different areas.

“We get to meet teams from all over, and there’s a comradery that we’ve built over the years,” she said. “We get to know people’s families, and their stories. It’s a big family atmosphere, and that’s what makes it so much fun.”

Being the wife of a lineman isn’t always easy. But for Albright, cultivating this connection to other linewives and families helps to alleviate some of that stress.

“The trade of line work, in itself, is just a big family. We all understand the sacrifices that are made, we all understand that they’re going to miss holidays, they’re going to miss birthdays,” she said. “It’s nice to be around a group that gets that, that understands it. I always say, it’s a rare breed. It takes a certain kind of person to do it, and it also takes a certain kind of family to do it. That’s why it is so much fun to be able to meet other people [at the Rodeos] who have that one common denominator. We get to hang out with them, and then they turn into friends, they turn into family.” 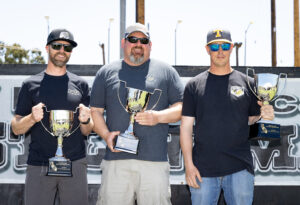 A complete list of the Rodeo results can be found below. 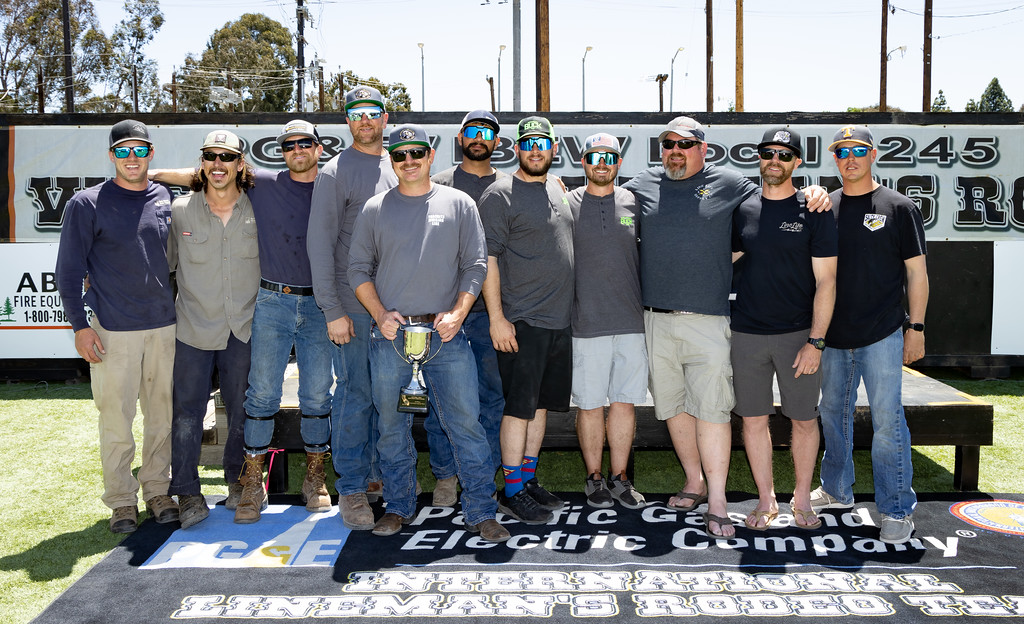