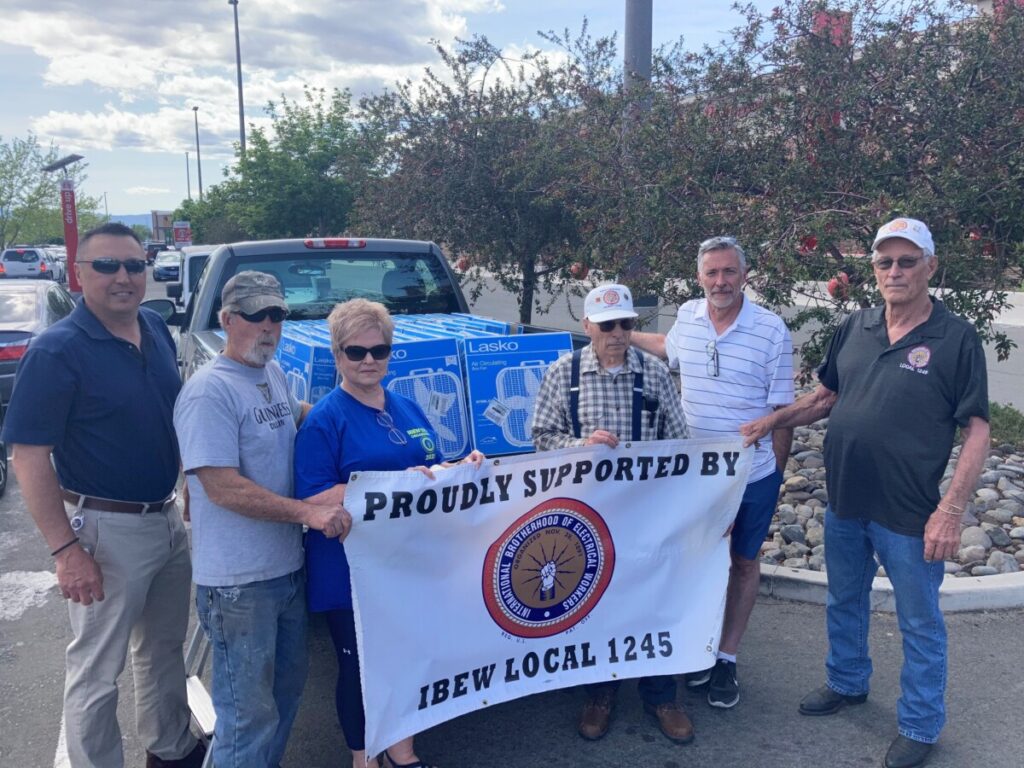 The IBEW 1245 Reno/ Sparks Retirees Club held its seventh annual fan drive for Washoe County seniors this spring, collecting a total of 135 fans to donate to those in need.

Club President Ron Borst started the fan drive back in 2015 after hearing a radio ad about low income seniors in his area are suffering during the hot summer months. Temps often exceed 100 degrees in Reno during the summer, and many seniors are unable to afford air conditioning. Borst issued a challenge to the fellow members of the Retirees Club to collect as many fans as they could, and an annual tradition was born.

“The goal was set for 100 fans; we actually made it to 135,” Borst reported. “We had the help from Yerington retirees, NV Energy union members, and two anonymous donors. This brings our total to 377 fans donated to date.” 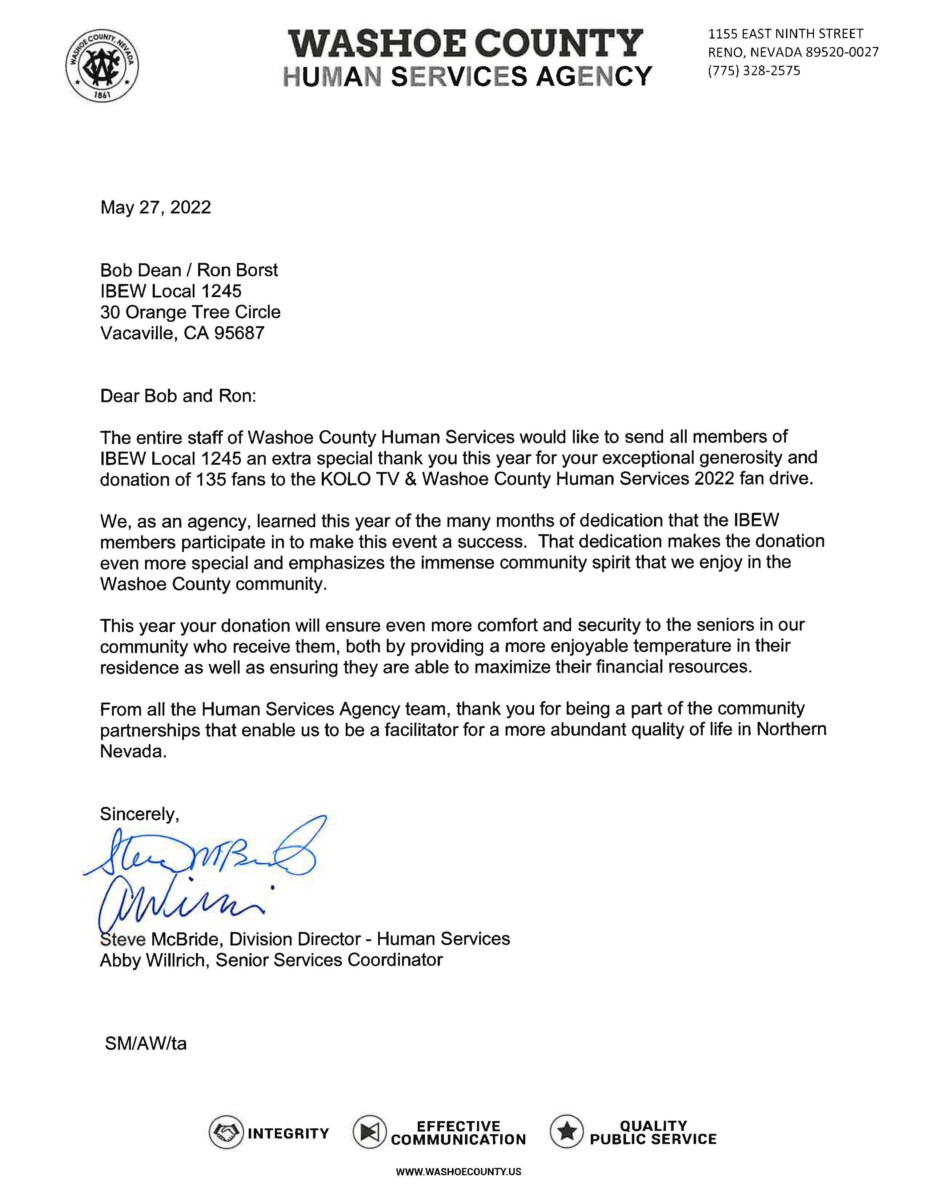