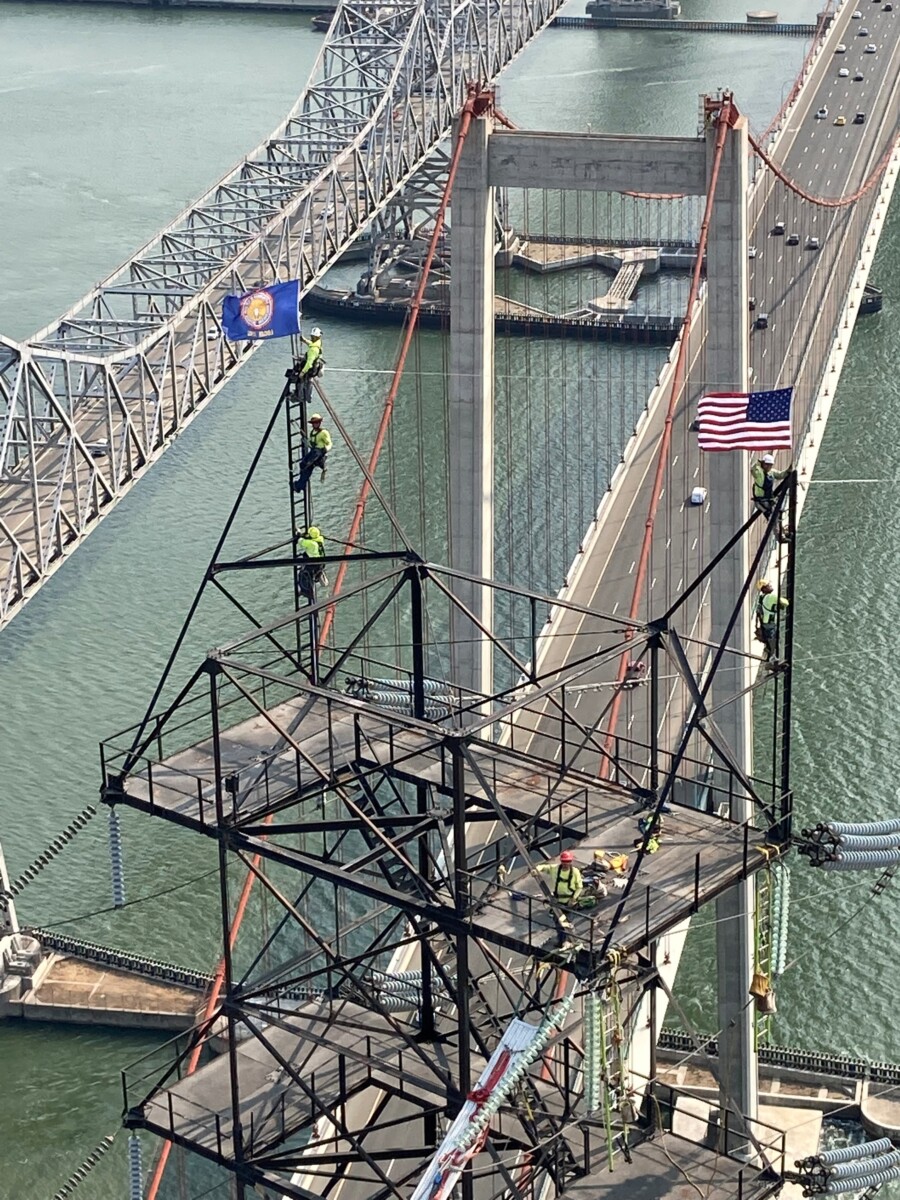 When an IBEW outside construction crew from Summit Line was tasked with replacing the deadend insulators on the Alfred Zampa (Carquinez) bridge in October, they took advantage of the opportunity to fly the IBEW 1245 flag, as well as the American flag, over the westbound span of the bridge that connects Solano and Contra Costa counties.

The Zampa bridge, which runs over the Carquinez Strait, is named after a 65-year union member and iron worker who assisted in the construction of many Bay Area bridges, including this one. The Zampa bridge is one the only bridge in the United States named for a blue collar worker. Learn more here.

The Summit crew worked with the union and the company to mount the flags in a safe manner, ensuring that all those who pass over the bridge can see and appreciate their union pride.