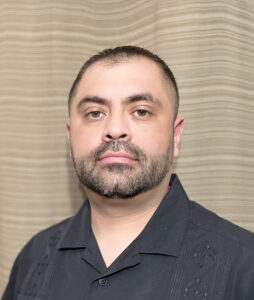 Brother Ferreya has worked in vegetation management for 17 years. He started out as a Groundman with Provco (before Trees LLC took over), and became a foreman after 18 months. He held that position for 12 years before becoming a supervisor, and later, general foreman. He also served as safety superintendent, and later as regional manager, for  Community Tree Service in Watsonville, as well as a project manager and area manager for Mario’s Tree Service.

A vocal advocate for safe workplaces, Ferreya served as an IBEW 1245 Safety Steward and was also part of the Keep the Clearance peer safety committee for vegetation management. He proudly held the title of team captain for every IBEW 1245 soccer tournament (except the first year), and during past contract negotiations, he worked to make sure that the members in his line of business understand the elements of the tree master agreement.

“In my 17 years of working in vegetation management, I have personally seen IBEW 1245 fight for those who can’t  fight for themselves, and I’m grateful for the opportunity to be a part of that!” Ferreya said enthusiastically. “Since I have been in the tree industry, my goal has aways been to make a difference in my career … I’m excited for the challenge and I’m looking forward for what God has in store for me.”

In his free time, Ferreya enjoys spending time with his wife of 22 years and three children. He is also a licensed Pastor at  CWC Life in Manteca.