After nine years on staff and 49 years as an IBEW member, IBEW 1245 Business Rep Richard Ingle is retiring from the union this winter. Below, Brother Ingle reflects on his career in his own words. 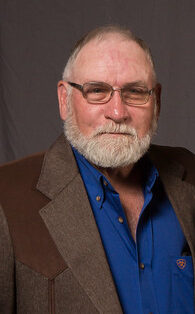 My first job out of high school was at the oil field near Houston, Texas. I was earning about $1.85 per hour. The company wanted to keep us kids working less than forty hours a week, so they didn’t have to pay overtime or benefits. There was no such thing as overtime after eight hours. One week, I worked three days at thirteen hours a day, and was then told to come back next week. I knew that life had more to offer than that.

During my under-employment, I went to the IBEW Union Hall with my older brother (a Journeyman Lineman) and signed the books. I joined IBEW 66 in August of 1972, and took my first call as a groundman making about $4.85 per hour.  I thought to myself at the time, “I’ll never see another hungry day.” I told the oil field goodbye FOREVER and didn’t look back. 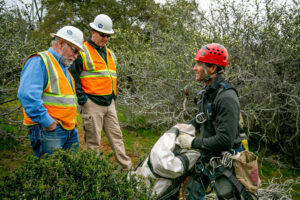 After a short time, I got into the lineman apprenticeship program. About a year later, I joined the Army and served for four years. I spent three years in Germany, which were some very interesting times. After finishing my service, I resumed my apprenticeship, and “topped out” in November of 1981. In 1984, I came to California with intentions to stay six months. Thirty-six years later… I am still here.

I have made a lot of friends and I have been a lot of places, but I would not trade my experiences in the

IBEW and Local 1245 for anything in the world. I am going to miss being a Lineman and a Business Representative, but a man should not have to work his entire life. Forty-nine years is enough. Wish me luck, and keep those cards and letters coming.