We are saddened to announce the passing of longtime IBEW 1245 staffer Kit Stice, who lost his life to illness on Aug. 6. 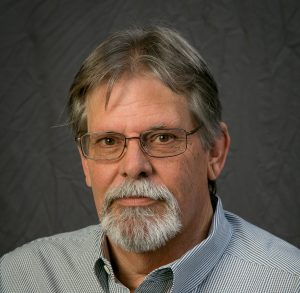 “I have hunted, camped, drank, smoked and laughed with Kit.  He has been my good friend for 30 years, my business rep and advisor,” said Business Manager Bob Dean. “I already miss his unfiltered opinions on everything from being a grandparent to being a Business Manager.”

Brother Stice started his career at PG&E as a Fieldman in 1983. After 15 years in the trade, he hired on as an IBEW 1245 Business Rep in 1998. In 2015, he was promoted to Assistant Business Manager, and served as the union’s chief grievance handler for the next five years. His extensive knowledge of the PG&E contract was unparalleled, and nearly everyone at 1245 turned to Brother Stice at some point to tap into his expertise.

“We would talk two or three times a week. I would call and ask about a contractual issue, and the first thing I would hear is, ‘DID YOU LOOK IT UP?’ — which he knew I did, and was struggling with it,” said IBEW 1245 Business Rep Jim Brager. “After chastising me about not knowing, he would have already found the answer, just one mouse click away.”

Known for his candid demeanor and wry sense of humor, Brother Stice left a strong impression on everyone who had the pleasure of knowing him.

“I had the privilege of meeting Kit Stice back in 2013 when I was part of an Ad Hoc committee.  Little did I know at the time that I would be sent with Kit around the system to explain and answer questions about an LOA that would be voted on.  At the time I also didn’t know that Kit would not only become a co-worker but a mentor and friend,” said Business Rep Kyle Whitman. “During our tour of the system, I also learned that Kit had a love of good cigars and good bourbon. That tour left me with lots of stories, laughs and memories.”

“I spent a lot of time talking to him about so many things other than work,” said Assistant Business Manager Lloyd Cargo. “Anything from his childhood shenanigans to flying helicopters to playing guitar. He was who he was going to be, and wouldn’t change a thing for anybody.”

Stice retired from the union late last year, after 22 years on staff, and his health took a turn shortly thereafter. He had been battling illness for some time before his passing.

“He had called me on Sunday afternoon from his hospital bed, four days before his passing,” Brager said. “I knew his condition, and this was going to be our last call. I’ll miss my good friend. Not a day has gone by that I haven’t thought of him.”

“I’m crushed by the loss of Kit Stice,” said Business Rep Mark Wilson. “I loved this man; he was a good friend and mentor. RIP Kit.”

“I am deeply saddened by the loss of Kit,” echoed Cargo. “Another great person who dedicated so much of his life to making our Union better. Rest in peace.”

“I can say without a doubt, working with Kit was always a ‘fun’ experience.  I can also attest to Kit changing my life and family’s future,” said 1245 Assistant Business Manager Dylan Gottfried. “I’m sorry to lose him as a brother.”

“I will sorely miss Kit’s wry sense of humor and uncanny ability to remind everyone around him to take life a little bit less seriously,” said IBEW 1245 General Counsel Alex Pacheco.

“My sincere condolences to the family.  Kit will be missed but not forgotten,” said Whitman. “May he rest in peace, and I will keep the Bookers on ice for the next time we meet.”

Brother Stice is survived by his wife, Kriss, and their adult children Casey, Nicole and Scott. He was a private man who hated funerals, so in lieu of a traditional service, IBEW 1245 staffers will be honoring his memory with a dram and a cigar – a fitting tribute for one of IBEW 1245’s most dedicated and hard-working staffers.