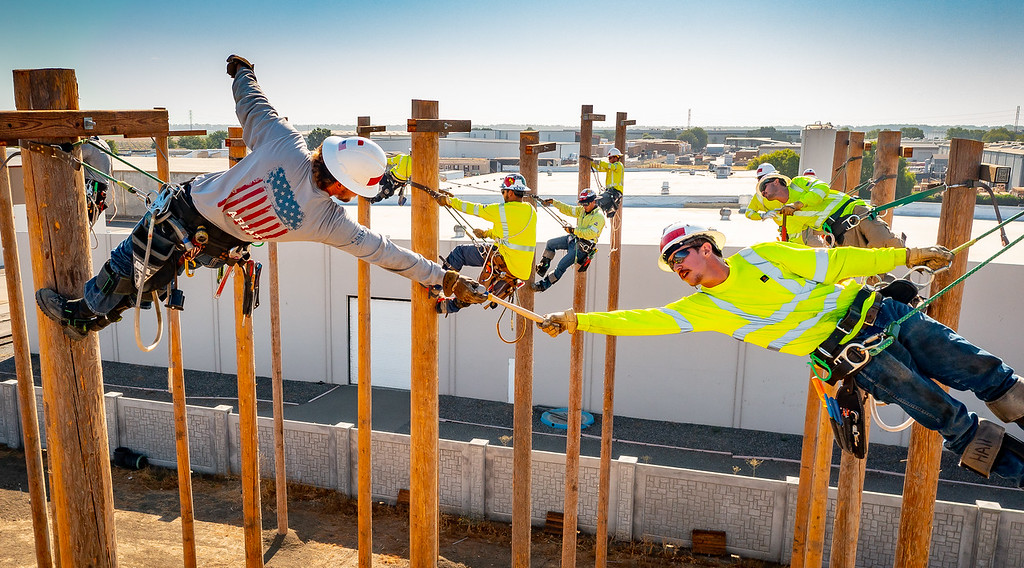 Climbing class at the new JATC facility in Woodland, CA

An IBEW apprenticeship is, without question, one of the best ways to learn a valuable and essential trade and begin a quality, fulfilling career. As the demand for skilled and trained linemen has continued to increase, IBEW 1245, our sister Locals 47 in southern California and 396 in Nevada, and our employer-partners in the Joint Apprenticeship Training Committee (JATC) have been working together to ensure that we have enough apprentices today to fill the journey-level jobs of tomorrow.

The Cal-Nev JATC facility in Riverside, CA has been home to our union’s apprenticeship program for several decades, but as apprenticeship enrollment has grown, the facility has simply become too small to accommodate all the new apprentices. Several years ago, the JATC began the lengthy process of establishing a second campus in northern California. In late 2019, the JATC purchased a 13-acre property in Woodland, CA, and promptly went to work constructing a new 12,000-square-foot facility for the next generation of linemen to hone their skills.

After many months of planning, coordinating, excavating, and building, the new IBEW Joint Apprenticeship Training Facility in Woodland, CA hosted its first classes in late spring of 2021. A grand opening celebration is planned for later this year.

“It has been a long time coming, and it is a remarkable facility,” IBEW 1245 Senior Assistant Business Manager Ralph Armstrong reported. “During the spring, the JATC directors and a few instructors went through a two-day intensive training session to go over all of the bells and whistles in the beautiful facility, which will train future linemen for years to come.”

The Utility Reporter caught up with JATC Instructor and Journeyman Lineman Kevin Kessler at the Woodland facility in late May, as he was leading one of the facility’s very hot stick classes.

“Compared to Riverside, this facility obviously is more state-of-the-art, it’s more updated and upgraded. It’s got a lot more room,” said Kessler. “But we’re trying to mirror pretty much the same instruction up North here that they have down South, so that no matter where the apprentice goes, he’s going to get the same education.”

Fifth Step Apprentice Erik Aguilar was excited to have the opportunity to do some hot stick training at the new facility. 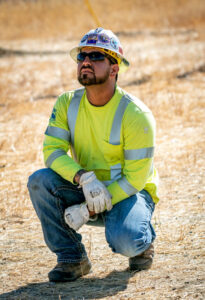 “It’s definitely bigger [than Riverside], which gives us more options to do certain things when it comes to training. So it’ll be pretty nice to be able to see all of that and get to be a part of it, before I top out,” he said. “It’s definitely a nice facility, that’s for sure. And the instructors are good with communication, telling us what we need to do, giving us some pointers on how to do certain things. They’re really good.”

Aguilar started off as a groundman, but he always aspired to become a journeyman lineman. Now, two-and-a-half years into the apprenticeship program, Aguilar has no regrets about his decision to pursue this opportunity.

“It took me a minute to get into the apprenticeship, but I did, and it’s been worth it so far. Hasn’t really let me down,” he said. “The best thing is definitely the job security. I’ve never had a problem with not having work, even as an apprentice. The company I was with, luckily they worked through all of COVID. I was not off at all.”

As an apprenticeship instructor, Kessler takes his role extremely seriously, as he understands that the training these apprentices get in his classes can, quite literally, save their lives. 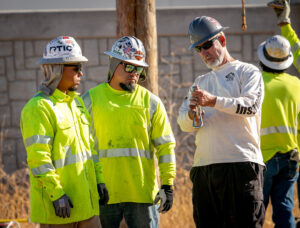 “We can have a good time with the guys, but at the same time, I’m going to make sure they’re doing stuff the right way. That’s something I harp on all the time, ‘This isn’t the only way, but it is a right way,’” he emphasized. “And if someone else out there shows you something that works better for you, that’s fine — as long as it’s safe and it’s done correctly. You don’t cut corners in this trade, or you end up dead.”

“Even in this case here [during this climbing class] where this wire isn’t energized, we treat it as though it is,” he added. “And if they violate that, I’m going to come apart on them — because in real life, it could be a death or serious injury.”

A former military Drill Sergeant, Kessler noted the parallels between his past experience running boot camps, and his current role as an apprenticeship instructor.

“Obviously it’s not the military, but there are a lot of similarities — dependability, reliability, teamwork, realizing that we all rely on each other for our lives every day,” he said. “Though sometimes, I have to keep myself from going to Drill Sergeant mode on them.”