Personal freedom is the underpinning of many the core values of our lives.  But freedom does not exist in a vacuum or in isolation.  Freedom is an offshoot of Democracy and it must be available to all.  Without the freedom to determine their own destiny, workers would find it difficult to have a voice in the workplace.

In states where legislators do not value the attributes of democracy, freedom gradually dies and unions fade away. Workers’ pay spirals downward, resulting in widespread poverty. History has shown that union strength is a barometer of the political health of a country, as well as the wealth and well-being of its workers. 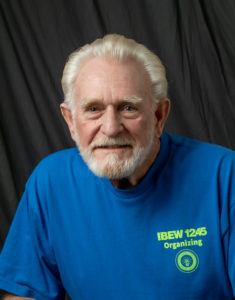 The enemies of democracy who promote the egregious insult known as ‘Right To Work Laws’ intend to chip away at union strength, and subsequently the economic security of union workers. Be assured, those opposed to liberty will eventually be coming for you. You may not be next, but you are on their list. To counter these insidious attacks, we must to reach down from our place of safety and pull up those with less.

Many of us grew up assuming that union protection extended to a greater number of workers. Learning the truth was an eye opener for me. Even in California, which has a stronger union presence than most other states, numerous industries are barely paying workers enough to survive. We cannot embody the American Dream while allowing others to suffer. We have the power to correct these injustices. It is our moral responsibility to stand with and support those that do not have the same financial security as union members.

Think about your values and how they dovetail with freedom. Without the protection  provided by unions, our retirement security could vanish, and so could our ability to organize, which is only preserved when we elect legislators that are reflective of our values.

You would not deny your sisters or brothers their right to vote, but in other areas of the country, this fundamental right is being compromised.  As an active or retired IBEW 1245 member, you have created a level of respect that can have a real impact where you live or across the country. You can make a difference.

Without leaving the comfort of your home, there are options available if you would like to help protect these rights. Retirees and active members produce amazing results, so please become a part of this important work.

Remember, a former union brother or sister paved the way for our economic security.  Thank them by GETTING INVOLVED!  Your participation, at any level, is the key to future successes and to the continued strength of our Democracy and IBEW 1245.  I know I will never be able to fully repay the debt I owe, but I am doing all that I can, and I hope you’ll join me in the effort. Email organizers@ibew1245.com to find out how you can get involved.