On January 29, IBEW 1245 members at Moss Landing Power Plant voted to approve a successor agreement with Vistra Corp.  The new three-year agreement provides for general wage increases of 3.25%, 3%, and 3% effective April 1 each year of the three-year term. In addition to the wage increases, the IBEW 1245 Negotiating Committee — consisting of IBEW 1245 members Caleb McNutt, Johnny Celie, and Weston Miller, and myself — negotiated numerous improvements to the previous agreement.

A tentative agreement was reached on January 19, and the LU 1245 negotiating committee secured several improvements to the agreement, including

The Company submitted several proposals to move the Moss Landing employees from the Dynegy to the Vistra benefit plans and policies. Many of the changes to the benefit plans resulted in improved benefits, such as

The Vistra Severance Plan also improved on the previous plan by providing an additional week of severance pay for each year of service after twenty (20) years. Vistra and IBEW 1245 also agreed to an Annual Incentive Program (AIP) with target award of 6% of the employee’s base salary. As a part of the exchange, gone is the ability to bank large amounts of sick leave, the Dynegy High Deductible Health Plan, and the Dynegy Portable Retirement Benefit (PRB), which paid 6% annually.

Local 1245 and Vistra negotiations resulted in improvements in many areas of the Agreement which the members overwhelmingly approved. The bargaining unit members on the LU 1245 negotiating committee did an excellent job explaining the many changes to our members.

After years of uncertainty, members look forward to a brighter future at the Moss Landing Power Plant, where Vistra is currently developing the largest battery energy storage system of its kind in the world – a 300-MW/1,200-MWh system. The system is housed inside the Plant’s completely refurbished former turbine building, spanning the length of nearly three football fields.  The system is made up of more than 4,500 stacked battery racks or cabinets, each containing 22 individual battery modules. With its existing infrastructure and the physical space for potential growth, this world-class industrial-zoned site provides Vistra’s a unique opportunity for extensive future expansion of the battery storage system. 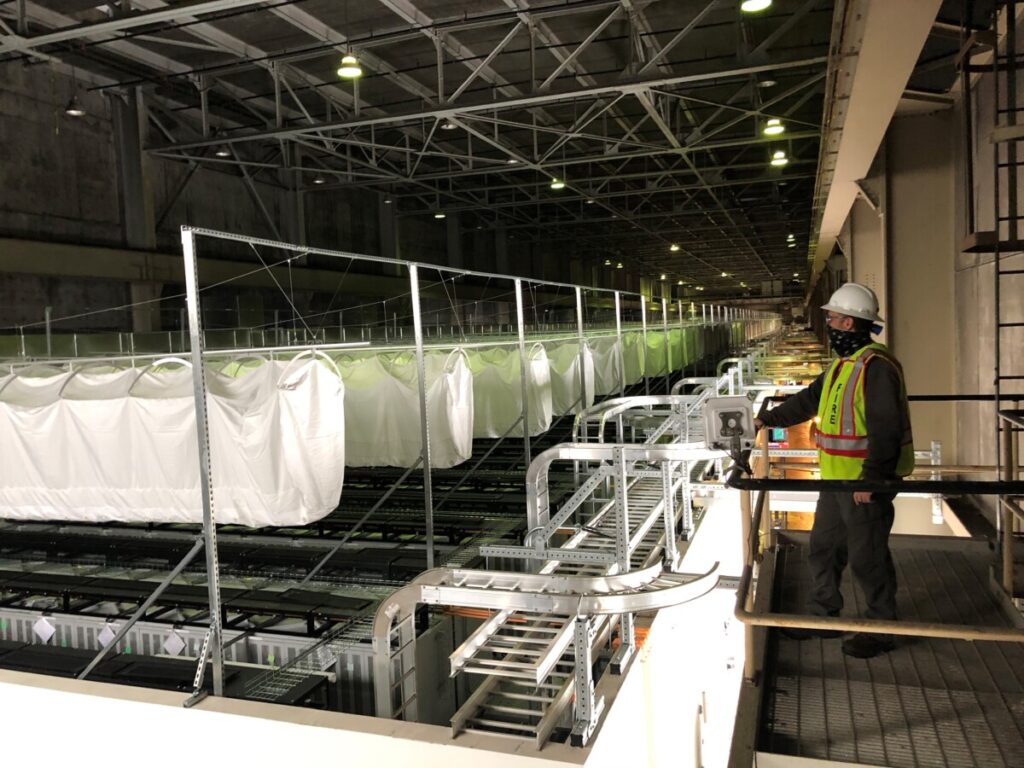