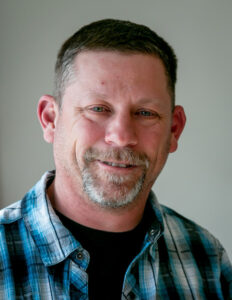 Eighteen-year IBEW 1245 member Steve Lange has been appointed to the IBEW 1245 Executive Board. Lange, a GC Gas Foreman who works at PG&E, previously represented GC at-Large on the union’s Advisory Council. He has served the union for many years as a shop steward and safety steward, and is also a longtime member of Local 1245’s Control the Pressure peer safety committee. He served in contract negotiations,  and has been a delegate to the Inter-Union Gas Conference several times.

“I’m thankful for the E-Board’s nomination and respect, and look forward to keeping 1245 solid for my brothers and sisters,” Lange said.

Lange will replace Stan Zamora on the IBEW 1245 Executive Board, representing PG&E General Construction At-Large. As a result, the Advisory Council seat that Lange held is now vacant, and the Executive Board will be looking to fill it. Individuals who are interested in the position should email IBEW 1245 Recording Secretary Rachel Ramirez at r3r2@ibew1245.com.