Six-year IBEW member Ethan Stonecipher has joined the IBEW 1245 staff as a Business Rep. He will be working with members in outside construction. 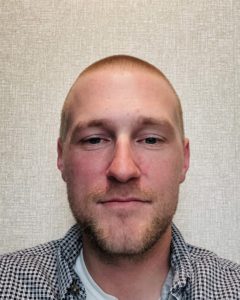 As a journeyman lineman, Brother Stonecipher has worked for a variety of contractors both within and outside of 1245’s jurisdiction. Prior to coming on staff, Stonecipher worked as a Quality Manager at Underground Electric Construction Company in Benicia, and before that, he held the same position at PAR Electrical Contractors in Vacaville, CA.

A dedicated IBEW member, Stonecipher has served as a shop steward, member of RENEW committee, and part-time Cal-Nev JATC instructor.

“The IBEW has afforded me endless opportunities,” said Stonecipher. “I joined this team to give back to the IBEW, assist members with issues, and advance our trade into the future.”