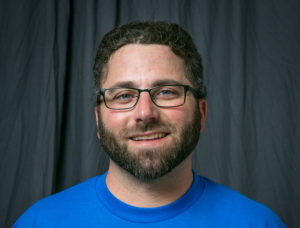 Seventeen-year IBEW 1245 member Fred Aboud has joined the IBEW 1245 staff as a Business Rep. He will be working with members in Outside Construction, as well as 1245’s peer-to-peer safety programs.

Aboud began his utility career as a line apprentice at Sierra Pacific Power Company (now NV Energy). He became a journeyman in 2008 and spent two years on a transmission crew, worked for two years in North Lake Tahoe, went back to Reno for six years, and spent the last two years in Carson City as a troubleman.

Aboud has served as a union shop steward since 2014, and spent the past five years as a member of the Hold The Pull peer safety advisory committee.

“I am joining the IBEW 1245 staff to give back to the union and its members, and I am humbled by the opportunity to do so,” said Aboud, noting his gratitude for all that the union has afforded him and his family since 2003. “I have a beautiful wife and four kids that are excited about my new career path!”