It was a day not unlike any other. It was mid-November, and PG&E Electric Crew Foreman Greg Sisemore had gone out with his working resource coordinator to check out a special job they had coming up. After they’d gone over the particulars of the project and it came time for their lunch break, Sisemore’s coworker offered to buy him a meal at a local Mexican restaurant in Placerville.

The two were sitting as a table in the restaurant when Sisemore noticed a commotion in the corner. 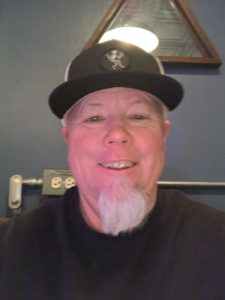 “There was this little old lady, probably well into her 80s, and it looked like she was choking. Her daughter got up and started yelling, ‘Mom, Mom, are you ok?’” Sisemore recalled, noting that no one else in the restaurant seemed to notice what was going on. “I figured I’d better do something, so I went over and asked the woman if she was choking. She nodded yes, and then I asked if she could stand up, and she shook her head no.”

Performing the Heimlich maneuver on someone who is sitting down isn’t easy, Sisemore explained, but he leaned over and wrapped his arms around the petite, elderly woman and began performing abdominal thrusts.

“I did the Heimlich one time, and she was so frail, I was worried I might break her! But by the second one, she managed to spit out the piece of meat that was stuck in her throat,” said Sisemore who was initiated into the IBEW in 1979. “I asked her if she was ok, and she said yes – and then the whole restaurant applauded. I don’t like a lot of attention, so that was odd for me, and a little embarrassing to be honest.”

Sisemore stayed with the woman and comforted her for a while, until he was sure that she would be ok, and then he went back to his table and resumed his meal. He had recently gone through his annual CPR and First Aid refresher course, which is mandatory at PG&E – and as a 35-year employee, he’d taken that course nearly three dozen times. He knows without a doubt that it was the life-saving knowledge and skills he had gotten through PG&E that allowed him to take action without hesitation that day.

“Before the old lady and her daughter left the restaurant, they came over and thanked me again. She was really grateful, and she said, ‘You saved my life!’ I didn’t really feel like I had, but she definitely wasn’t breathing in that moment, so who knows what might have happened to her [if I hadn’t been there],” Sisemore said. “Other people in the restaurant came up and said thanks also, and the waitress gave me a big hug, so that was nice. Personally, I didn’t think it was a big deal, but my coworker couldn’t wait to get to the yard and tell everyone about it. “

This wasn’t the first time Sisemore had used his first aid training. Back when he was very early on in his career at PG&E, he had to perform the Heimlich on his toddler son who had choked on a cracker that he’d grabbed off the snack table at a Superbowl party.

Of course, the experience in the restaurant with the elderly woman was quite different, especially since he had never met the victim before.

“Doing the Heimlich on someone, well, it’s pretty personal,” Sisemore said. “It felt kind of weird … it was a little awkward. But I’m glad I had the training that I got from PG&E so I could help her.”