After 39 years as a member of IBEW 1245, including a whopping 22 years serving on its Executive Board, Anna Bayless Martinez has retired from her role as one of 1245’s most dedicated union leaders.

At the Advisory Council meeting in Reno, Martinez’ longtime friend and colleague, Dorothy Fortier, presented Martinez with a commemorative plaque to honor her for her many years of service to the union. 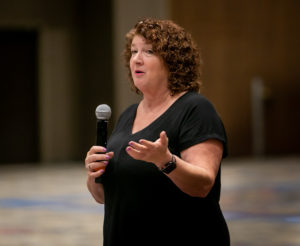 “In 22 years, I’ve worked under three business managers. Tom is one, Perry Zimmerman was one, and Jack McNally — and there were struggles under all of them,” Martinez recalled, underscoring the challenges that union leaders face in representing their members. “With this leadership, I know you’re going to go far and take care of those struggles we’re going to be finding in the future.”

Martinez took a moment to thank the many inspirational women who mentored her and supported her over the decades, including Fortier, as well as the late Debbie Mazzanti, and union staffers
Gail Varner, Tonya Alston and Karen Kiley.

“I just want you all to know that I appreciate you and I love you all,” she added. 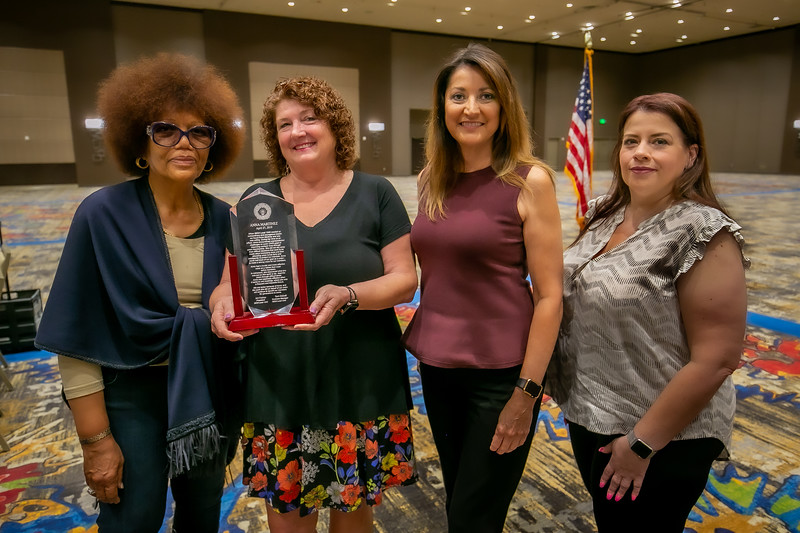