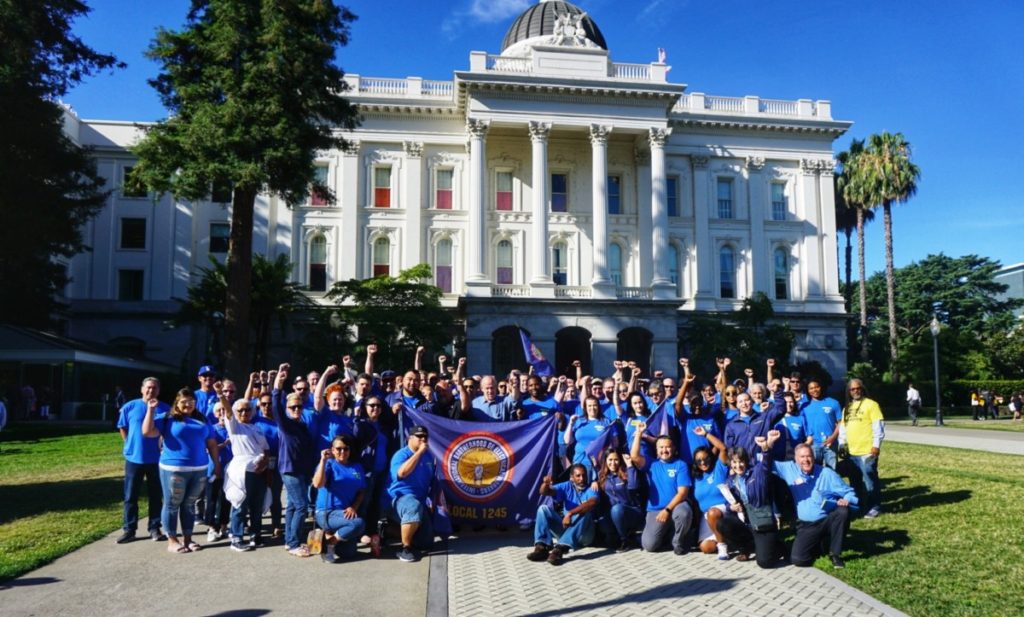 Today, the California State Assembly passed AB 1054, a critical piece of legislation that will reform and modernize our state’s policies regarding wildfires that involve utility equipment. The vote came just one day after a large group of IBEW 1245 activists – including dozens of organizing stewards, retirees and emergency response team members – descended on the Capitol to demonstrate their support for the bill. AB 1054 had already been approved by the State Senate earlier this week, and now heads to Gov. Newsom’s desk, where it is expected to be signed into law on Friday.

“There’s no doubt in my mind that our members played a significant role in the passage of this bill,” said IBEW 1245 Business Manager Tom Dalzell. “After the bill passed the Senate on Monday, rumors indicated that it may be stalled in the Assembly. But our army of activists flooded the halls of the Capitol yesterday, speaking directly with Assemblymembers and their staffers to explain why this bill is essential, not only for our members’ livelihoods, but for the millions of utility customers in hundreds of communities around the state. Local 1245 members made their voices heard, the Assembly heeded the call, and the end result is a new policy that will make our utility infrastructure safer and more resilient to fire, while simultaneously ensuring that wildfire victims are compensated quickly and fairly.”

AB 1054 centers around several wildfire-related provisions pertaining to insurance funds and safety plans, but Local 1245 worked to ensure that it also includes improved worker protection language, expanding upon the first-of-its-kind worker protections that 1245 helped to enshrine in statute last summer as part of SB 901.

“I couldn’t be more proud of what our members have accomplished in Sacramento over the past year,” said Dalzell. “IBEW 1245 is truly a force to be reckoned with in the Capitol.”