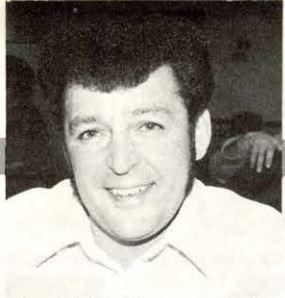 Frank Hutchins in 1981, shortly after he joined the union staff

It is with a heavy heart that we announce the passing of former IBEW 1245 Business Rep Frank Hutchins, who passed away on May 6 at the age of 76.

In 1980, then-Business Manager Jack McNally brought Hutchins on staff upon the recommendation of trusted staffer Vernon Loveall (who passed away in 2017).

“Frank didn’t come out of PG&E, but Vernon swore he’d make a good rep, so I hired him — and it was probably best thing I ever did as Business Manager,” said McNally. “Frank was one of best reps I had, because he was the kind of guy who never rested.”

Hutchins served the members diligently for more than two decades before retiring in 2002.

“He was extremely conscientious and extremely irreverent at the same time, the best qualities of a 1245 rep,” said Local 1245’s current Business Manager, Tom Dalzell. “He gave a lot to this local and to our members, and he made us a better organization.”

During his time on staff, Hutchins formed a close bond with colleague Ken Ball, and the two remained good friends even after Hutchins retired from the union. Ball spoke with Hutchins on the phone just weeks before his passing, and remembers him fondly.

“As a rep, he was really meticulous … the very best at keeping up with everything, like paperwork and phone calls,” Ball recalled. “Whenever a piece of paper came in to him, it was immediately dealt with, and in the time before cell phones, he would always stop on his way home to pick up his messages. He thought the greatest thing ever was when we got phones mounted in our cars, so he could answer and return calls on the way home from unit meetings.”

Hutchins’ perfectionism was something of a blessing and a curse, as he held everyone around him to his impossibly high standards. He was also quite candid and never minced words, which on occasion would land him in hot water.

“I had a lot of fun with him, and also got into some trouble with him too,” Ball said, recalling Hutchins’ tendency to pick fights. “I remember one time at a company picnic in Fresno, a new division manager who Frank had never met before came up to him and said, ‘I hear you’re a real tough guy,’ and Frank looked at him and said, ‘I hear you’re a real a**hole.’ That’s just the kind of guy he was. He didn’t take no sh*t from no one, and he used more F bombs than I did!”