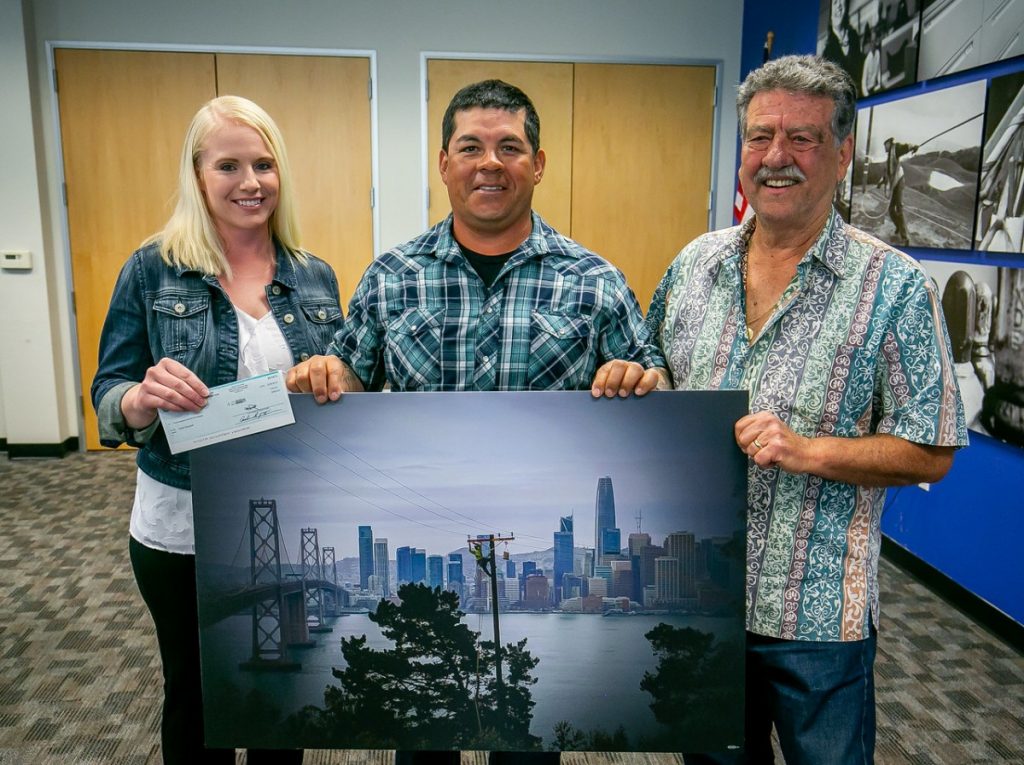 His winning image, captured during a pole change-out job on Treasure Island, depicts an apprentice lineman on a pole with the San Francisco skyline and Bay Bridge as the backdrop. Esquivel says he captured the remarkable photo with his new Google Pixel phone. The winning image is below.

Esquivel and his wife, Jennifer, accepted the $500 prize at the quarterly Advisory Council meeting in Vacaville.

Submissions are currently being accepted for the next quarterly contest. All active 1245 members in good standing are eligible to enter. Photos must be original, job-related, and submitted in a high-resolution format. Entries can be sent to RGB1@ibew1245.com. 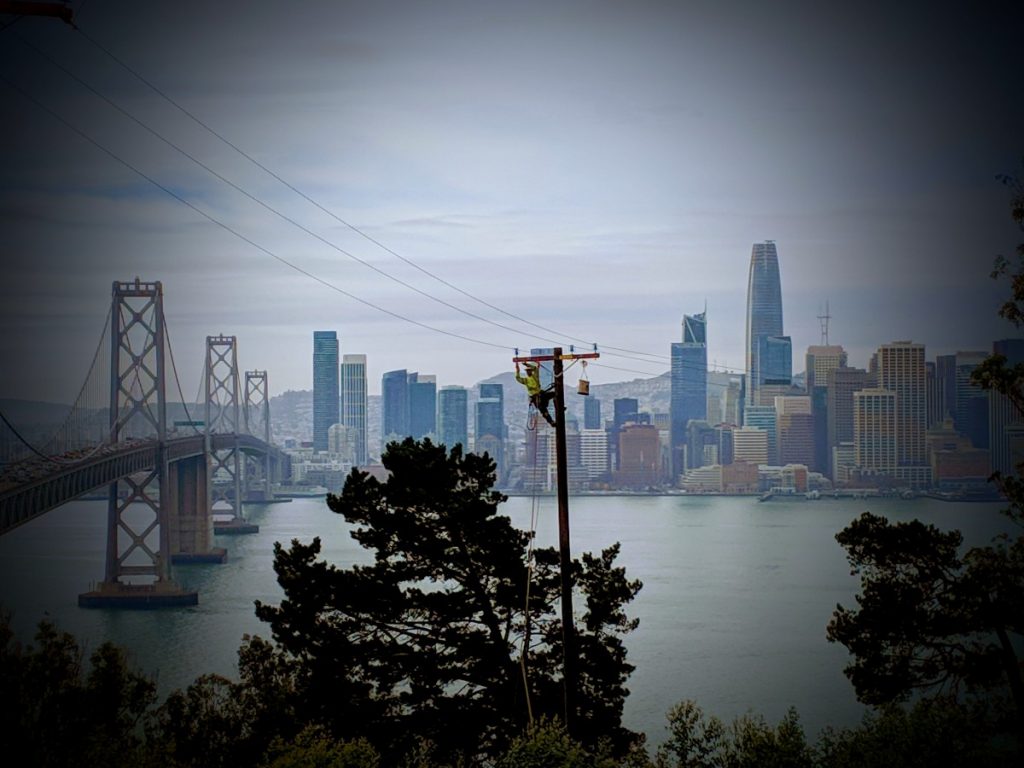