Back in 2002, IBEW member Glenn Crane transferred his membership from Utah-based Local 57 to Local 1245, but due to a glitch in the way that his initiation date was entered into the computer system, he regretfully has never received invitations to any Local 1245 pin dinners.

Crane, who works for PG&E as a troubleman in Manteca, marked his 40th year with the IBEW this year, and he approached Local 1245 Treasurer Cecelia De La Torre about the possibility of correcting this issue so he could receive the 40-year plaque he would have gotten at his pin dinner, had he been invited.

De La Torre worked with the IBEW International Office to correct the system glitch in order to accurately reflect Crane’s years of service, and was able to present Crane with his 40-year plaque, along with his 25-year watch and the other anniversary pins he had missed over the years.

“He said that receiving this plaque was very important to him,” said De La Torre, “and he already has a place to display it in his home.” 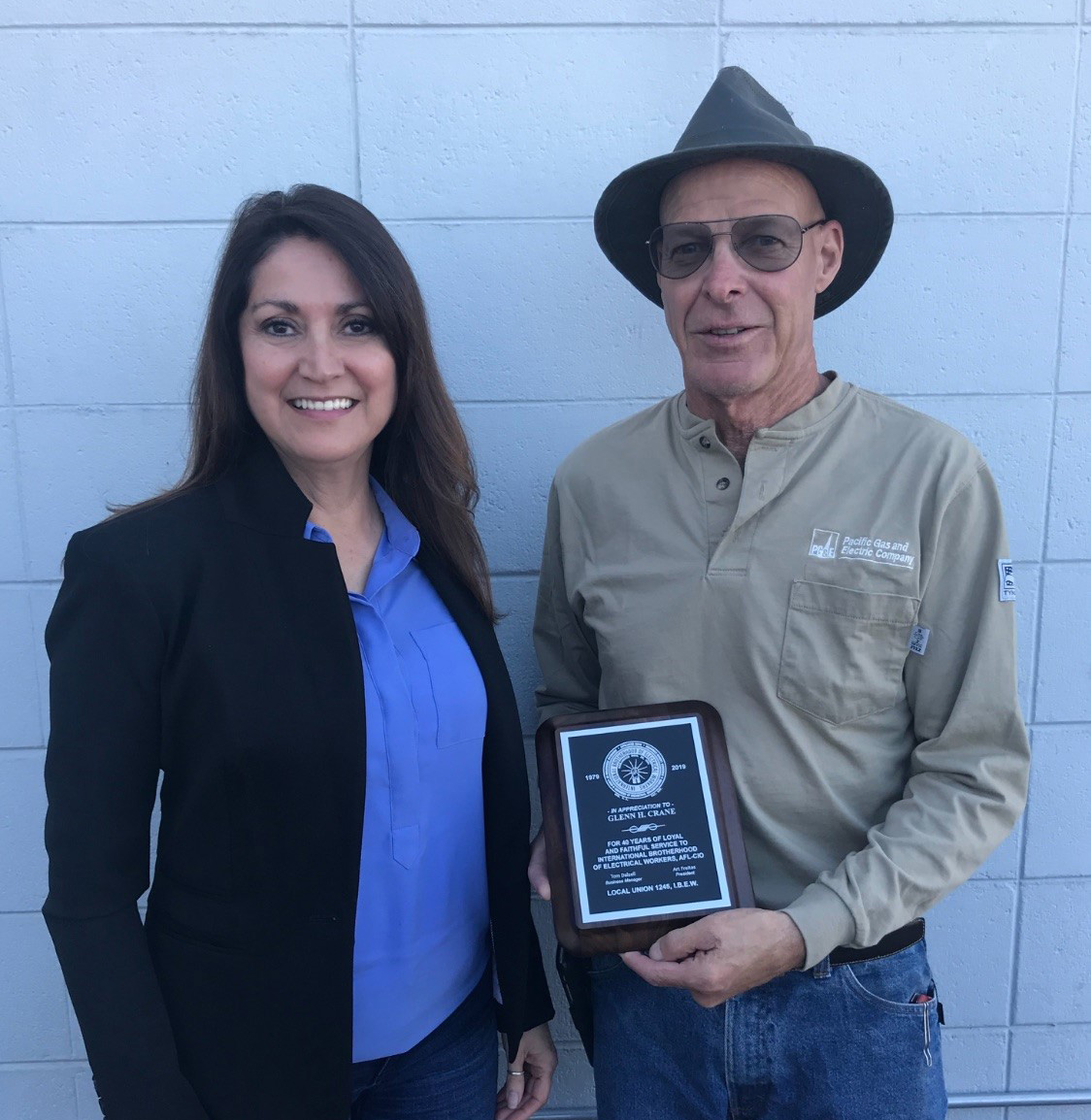