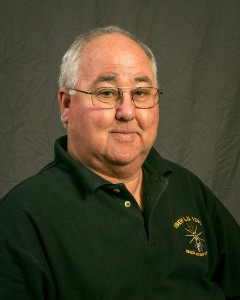 After nearly seven years on staff at IBEW 1245, Business Rep Rich Lane will be retiring from the union this spring. Brother Lane is well known for his role in organizing the union at Turlock Irrigation District, and for developing and growing Local 1245’s landmark peer-to-peer safety programs.

“As organizer, negotiator, and safety preacher, Rich has embodied the spirit of the IBEW,” said IBEW 1245 Business Manager Tom Dalzell. “He was instrumental in bringing the line department of the Turlock Irrigation District into Local 1245, served well on several negotiating committees there, and lastly has had a great encore career with Hold the Pull and other peer programs. He left us a lot.”

Lane has been an outspoken union advocate the better part of 50 years. Back in the 70s, while he was working for a landscaping company in Merced, Lane began organizing his coworkers to join the United Farmworkers Union to help them achieve better working conditions. His union activism ended up costing him his job – but he soon found a new opportunity, working with the UFW in Livingston and San Jose.

“There were so many good people at the UFW,” said Lane. “I learned so much about unionism from them that it influenced me for the rest of my life.”

Lane went on to work for Turlock Irrigation District for 34 years, 26 of which were spent in the line department. He wore many hats at TID, including apprentice program trainer for 20 years, relief troubleshooter for 10 years, first aid/CPR instructor, first responder program trainer, and safety and compliance rep for TID’s line department. He also helped to organize a union for his colleagues at TID, and became an IBEW 1245 member along with the rest of the TID line department on January 2, 2000.

“When the TID unit was recognized by the state to hold an election for union affiliation, I remember making the phone call on the day of the ballot count to inform [IBEW 1245 staffer] Dennis Seyfer that we were in our new union home,” Lane recalled. “It sounds kind of overdramatic, but as a unit, we went through a lot to get there, and it wasn’t easy. It was an outstanding accomplishment by the membership.”

As a newly minted IBEW member, Lane immediately took on a number of leadership roles within the union.  He served as the TID unit’s first chairman, he became a shop steward, he joined the local unit safety committee, and he sat on the negotiation committee for three cycles of bargaining. He also served on the IBEW 1245 Health and Safety Committee, and represented the irrigation districts on the 1245 Advisory Council.  In 2009, he became the recorder for the newly formed Hold the Pull peer safety program committee, and three years later, Local 1245 Business Manager Tom Dalzell brought him on staff to cultivate and expand that burgeoning program.

“Rich came on staff at 1245 when the Hold the Pull peer to peer program was really getting rolling and was able to take that program and duplicate it in the gas department and trees,” said Senior Assistant Business Manager Ralph Armstrong, who supervises all of Local 1245’s safety initiatives. “Rich was a big part of the success of these programs, and he also provided substantial guidance for the union’s health and safety committee.” 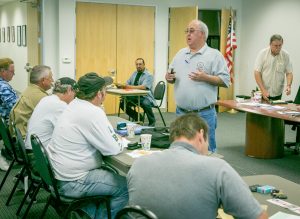 Rich Lane at the 2014 Keep the Clearance tree safety summit

As the peer safety rep, Lane enhanced and expanded Hold the Pull, and also worked to build the Control the Pressure committee for gas workers, as well as the Keep the Clearance committee for tree trimmers. Under Lane’s tutelage, these committees have blossomed into remarkable programs that have since been emulated by several other union locals. Lane also worked to recruit more safety stewards, and has helped cultivate these stewards into true workplace leaders, giving them the skills and opportunities they needed to spread the message about safety to their fellow members. There’s no question that Lane’s work has helped to prevent injuries and save lives on the job.

“Working with the peer to peer programs and watching people go out of their comfort zones to do something for the good of others … was profound to me, and their individual effort is inspiring in so many ways,” said Lane. “I am so proud to have been affiliated with them.”

As Lane departs from the union, his absence will be felt by many. 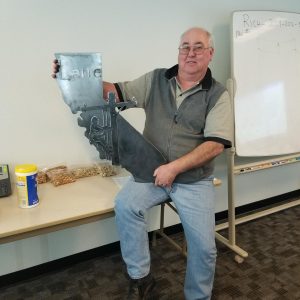 “Rich has been a wealth of knowledge when it comes to OSHA and safety in general, and will be greatly missed,” said Local 1245 Business Rep Casey Kelley, who worked closely with Lane on the peer safety programs.

“I’ll miss the membership and working with such a wide variety of people dedicated to the same cause. There are so many challenges and a lot of problem solving going on by staff and membership all the time, I’ll miss being involved with that,” said Lane. “I will also miss watching people develop and find skills they don’t know they have. Some people have an innate need to help make things better, that’s the draw that Local 1245 has for many. It did for me.”

After spending so many decades on the road as a lineman and a union business rep, Lane is looking forward to spending more time at home with his devoted wife Jackie. The couple plans to relocate to Washington state.