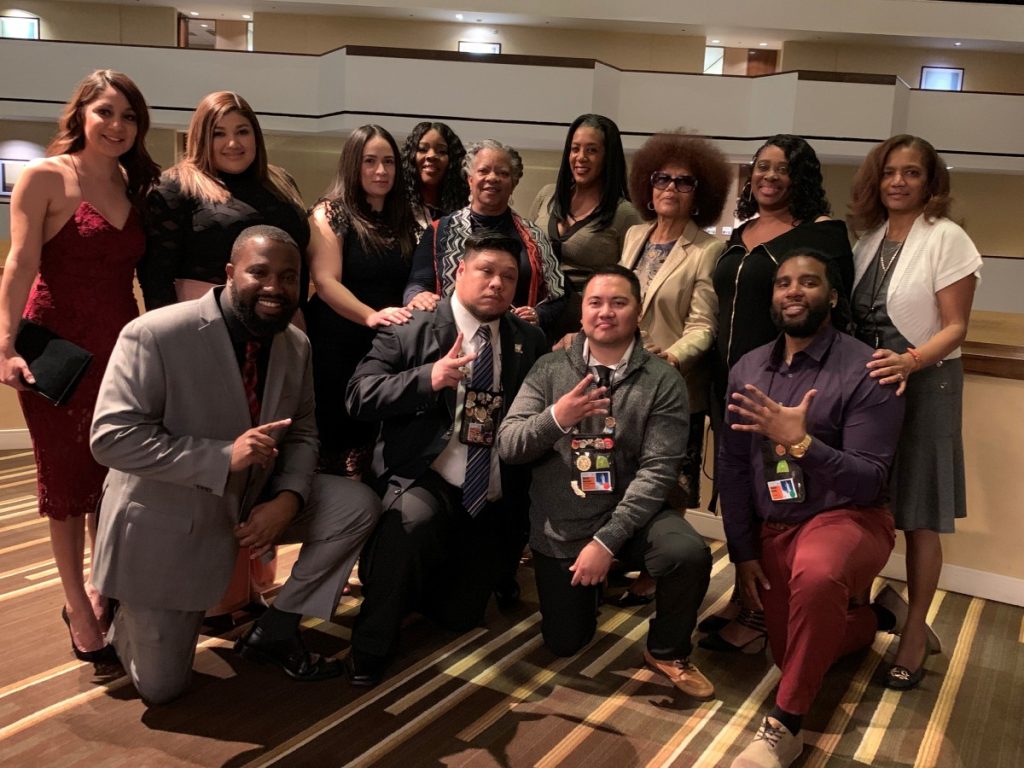 Thirteen IBEW 1245 members attended the 29th annual Electrical Workers Minority Caucus (EWMC) leadership conference, which took place in mid-January in Houston, TX. This year’s conference centered around the theme of “Bridging the Divide: Standing United for Justice, Equity and Diversity,” and brought together minority members from dozens of IBEW locals across the US and Canada.

Before the conference officially began, the EWMC chapter leaders came together for the Breakthrough Leadership Training Institute, where they discussed leadership traits, mentorships, parliamentary procedure, and more.  The full conference kicked off the following day with an impactful Day of Service, focusing on helping marginalized communities in the Houston area. Most of the Local 1245 delegation chose to volunteer at Houston’s Covenant House, a homeless shelter for teens and young adults. 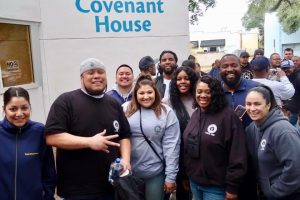 “We spent our morning installing electrical outlets and cleaning panels, changing out light bulbs and installing lights in a utility room,” Local 1245 Organizing Steward Que Thompson reported. “The work we performed will help improve the priceless quality of life and overall safety of the residents.”

The rest of the conference was comprised of a wide variety of unique events, inspiring speeches, roundtable discussions and workshops, with topics ranging from organizing, to navigating pathways through the IBEW, to communication styles and more. The workshop that stuck out the most to many members of the 1245 delegation was called “Speaking from the Heart.” This interactive workshop empowered participants to understand the value of their own personal stories when it comes to building connections with others. 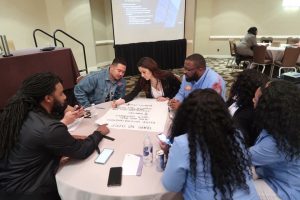 Local 1245 members at an EWMC workshop

“I find it fascinating that everyone in the room had similar interests, especially when it comes to issues, struggles, and opportunities that we all share … such as prevailing wage, benefits/pensions, and the right to collective bargaining,” said Organizing Steward Alvin Dayoan. “After finding our common ground in the room, we had a chance to share our story and spoke from our hearts on why we are engaged and involved.”

For the 1245 organizing stewards, attending the EWMC conference allowed them to re-connect with members from other locals who they met while working on various campaigns. Organizing Steward Brittney Santana bumped into some IBEW activists she met on the No on Prop A in campaign in Missouri, as well as the No on Question 3 campaign in Nevada.

“Seeing our brothers and sisters again and talking about our victories was so refreshing,” said Santana. “It reminds me that our brotherhood and sisterhood is so much bigger than our own local, it’s international. I’m so proud to say I’m an IBEW 1245 member!”

The conference attendees from 1245 left feeling invigorated, inspired, and ready to take on the challenges that lie ahead.

“The EWMC conference is such a powerful and necessary event. I look forward to it each year, and this year was no exception,” said Organizing Steward Charlotte Stevens. “The knowledge, fellowship, and encouragement you receive empowers you to fight that much harder and grow the membership.”

“I can’t believe how inspiring this training was and how far EWMC has come since its start,” said Organizing Steward Ivan Pereda. “The people were great and the workshops were intense and amazing.”

“Overall, it was an awesome experience and I am beyond grateful to be given the opportunity to attend,” said Organizing Steward Melissa Fernandez. “I definitely learned a lot, and it boosted my self-esteem for sure!”

“The minority caucus is more than just picket lines, we get involved in the community. It’s more than a party and having a good time, we are encouraged to take information back to our local to make it better and stronger,” added Organizing Steward Teofilo Freeman. “Attending this conference has motivated me to step up and feel empowered with leading the change in my community and my union.”