“Our job today is to replace this old transformer.”

Liberty Utilities Foreman Jon McCue points up the hill to a pole near a house in a deeply wooded area off the west shore of Lake Tahoe.

The insulation has worn off the leads, and even though the transformer is still working the crew will replace the whole thing.

“If that transformer fails you’ve got a blown cut-out and anything dry underneath could possibly start a fire,” says McCue.

In draught-stricken California, fire is the last thing you want. In fact, Liberty is going the extra mile in trying to identify potential flashpoints.

“Every single pole in the system is being inspected,” McCue says. After they’re done replacing this transformer, his crew will spend the rest of the day inspecting one of Liberty’s circuits “for any possible fire hazards.”

The primary will stay energized during the transformer change-out, but everything they are working on will be de-energized and anything that is hot will be covered up. That’s standard procedure, and no one’s looking to take any shortcuts.

“Rushing, you generally end up screwing something up and taking longer,” says McCue, who is a Safety Steward with the union’s Hold the Pull peer safety initiative.

On McCue’s crew for the transformer change-out are Linemen Ross Leone, Toak Scarlett and Kyle Hermansen. It’s a tight crew. They carpool to and from Reno every day, and their wives and kids are close, too. The most recent addition to this extended family of union brothers arrived on July 14, with the birth of Hermansen’s first child, Braxton. 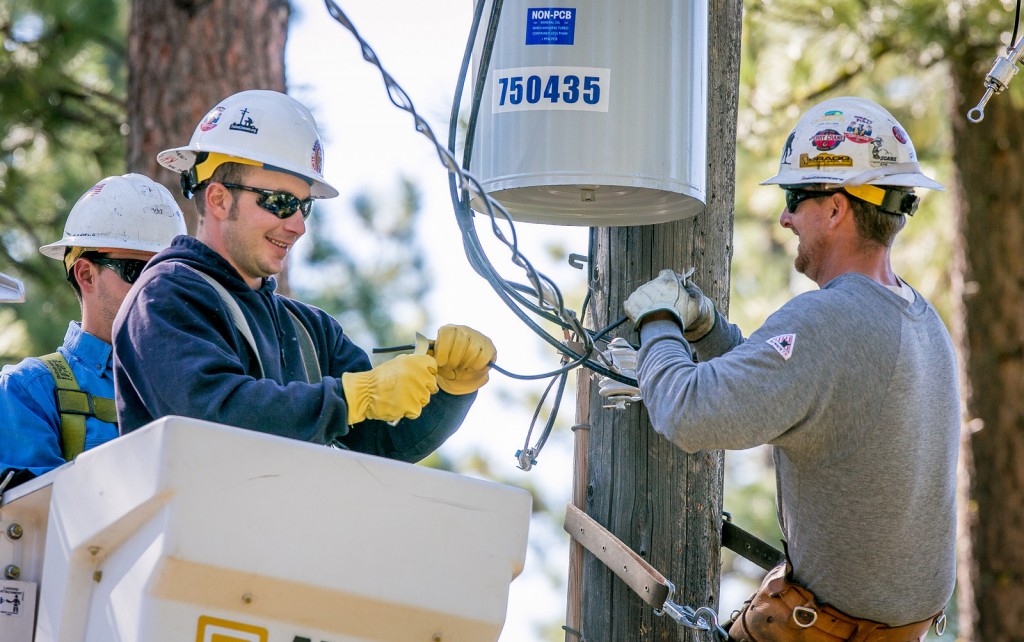 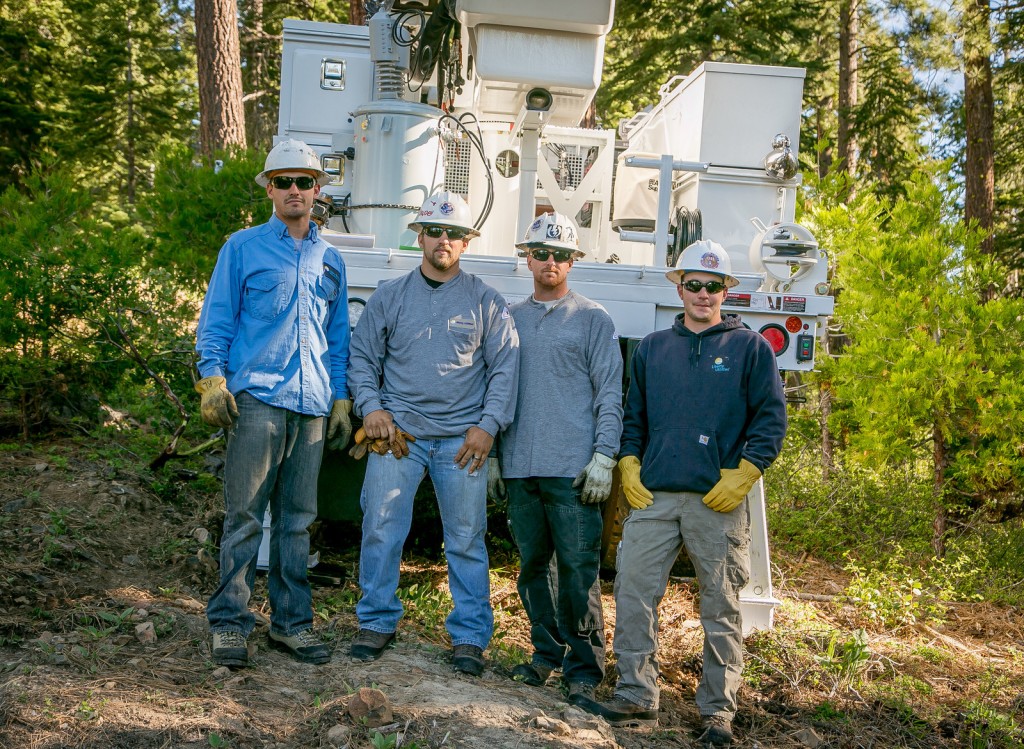 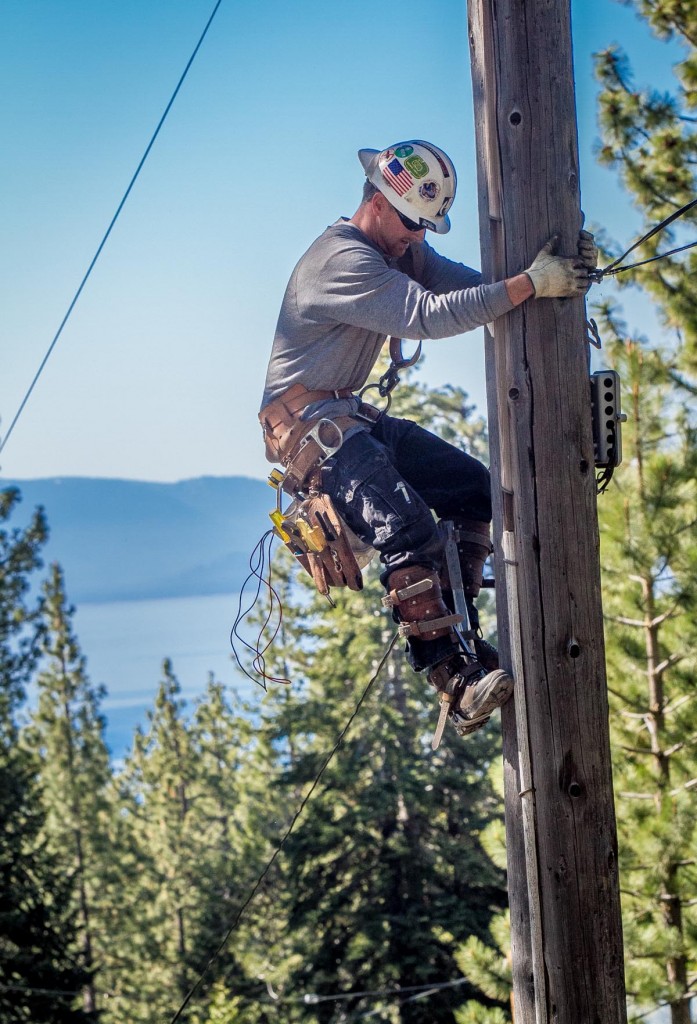 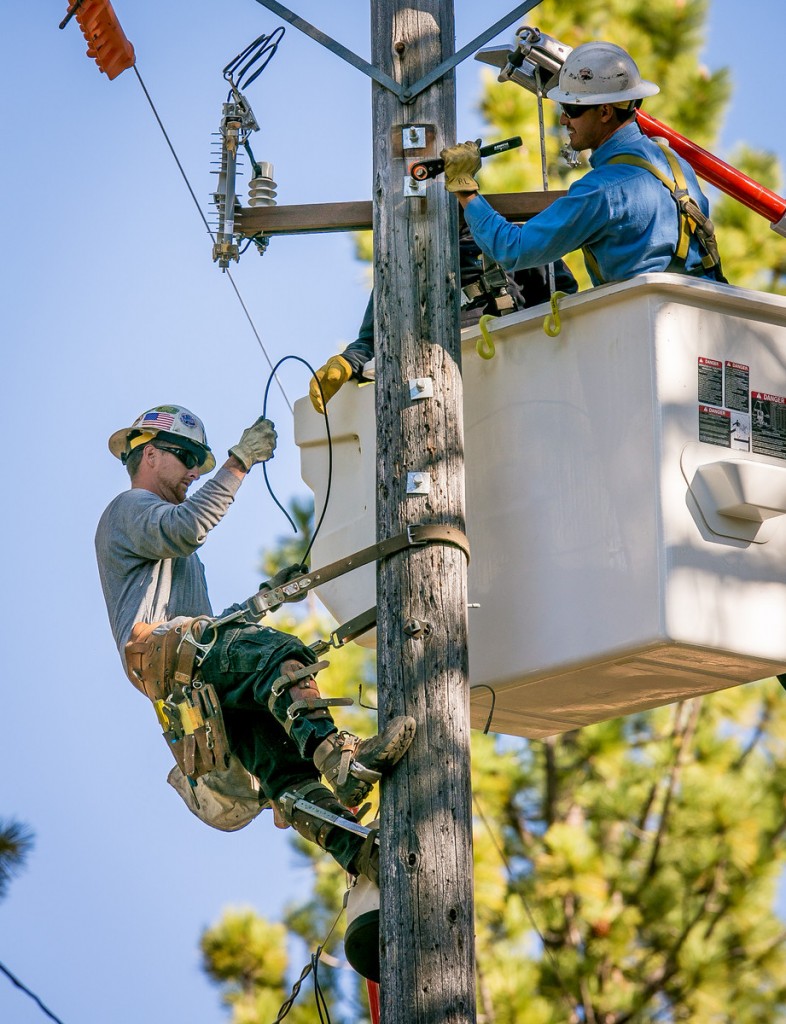 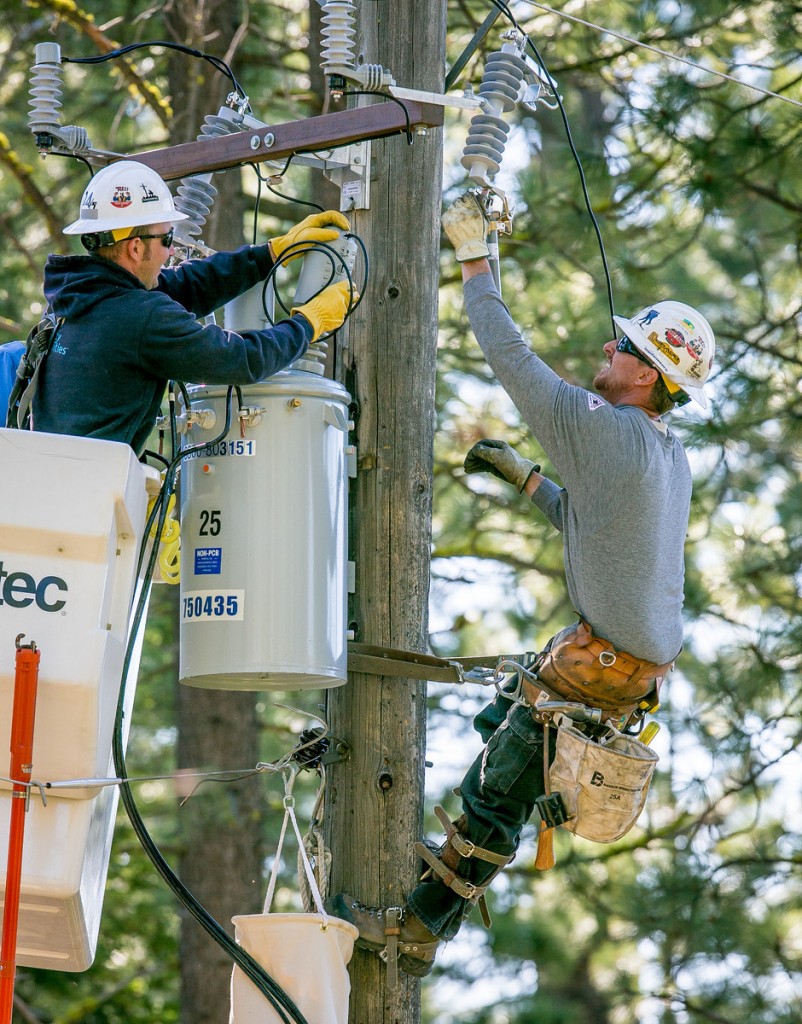 <
►
>
The crew mounts the equipment arm, in preparation for the transformer upgrade. Toak Scarlett is on the pole, while Ross Leone and Kyle Hermansen (behind the pole) work from the bucket.