IBEW 1245 Business Representative Debbie Mazzanti, a feisty champion of workers’ rights during a 40-year union career, died Oct. 1 at the age of 62.

Her union colleagues were stunned by her sudden death, perhaps in part because Sister Mazzanti was usually the most animated person in the room—whether she was staking out a position, asking an uncomfortable question, expressing her allegiance to the union cause, or simply making a wisecrack to the person sitting next to her. So powerful was her voice she was invited to sing the national anthem at the IBEW’s International Convention in 2001; her passing leaves a great silence.

“She was loud, funny, and was not shy about sharing her opinions, which were many,” said Business Manager Tom Dalzell.  “She had a strong sense of justice, which was informed by the collective bargaining agreement, but not limited to it. She knew where the line was in what she could or could not do, and she was never far from that line, one side or the other.”

Mazzanti was originally initiated into the union in July of 1974, while employed as a Customer Service Representative at PG&E. She became a shop steward the following year. She was never shy about expressing her strong loyalty to both the company and the union, and felt equally comfortable criticizing these two institutions that were central to her professional life.

“She was tough, funny, loyal and reliable,” said retired Senior Assistant Business Manager Dorothy Fortier, who worked closely with Mazzanti on PG&E Clerical issues for decades. “She was also a dedicated worker advocate, activist, volunteer and organizer known for her straight-talking personality. Her sword was her tongue, and she did not let it rest.”

Fundamentally, Mazzanti believed in the founding principle of unionism: unity among the individual workers. She was fond of saying that the first three letters in the word “union” are “you an’ I.” When she ran for a seat on the IBEW 1245 Executive Board in 1995, she said one of her goals was “to try and break down the walls between physical and clerical, Division and General Construction” and “to work on bringing all of the workforces together so we can work on unity as a whole.”

“She was truly dedicated to the union and its members, and worked insane hours trying to accommodate their issues,” said Business Rep Arlene Edwards. “During (PG&E) Clerical negotiations she fought hard for her members, especially those from the Call Centers.”

Mazzanti’s deep commitment could inspire the same in others. One of the members she moved to action was Gracie Clark, who became a shop steward in 2007 when Mazzanti was her rep, served on the PG&E Bargaining Committee a couple of years later, and was hired onto the IBEW 1245 staff in 2012.

“Debbie is the reason I fell in love with union work. She taught me everything I know. Her dedication, commitment and love for the union is unlike any other,” Clark said.

Former Business Manager Jack McNally, who hired Mazzanti onto the union staff in 1996, said that she was nurtured early in her career as a shop steward by the late Shirley Storey, who was the union’s first female business representative and whose assignment at that time included PG&E’s General Office workers.

“Shirley was challenged by management as well as her peers, and her toughness and approach rubbed off on Debbie,” McNally said. “Debbie worked hard for the rights of members. That is why I hired her.”

Toughness, of course, can offend—and sharp tongues can wound. But Mazzanti was not cut out to live life as a shrinking violet, but as a woman who spoke her mind.

“I know her aggressive personality rubbed  some people the wrong way, but for those who know Debbie, that hard exterior was just a front for the soft, kind-hearted, emotional, very sensitive person she was on the inside,” said Clark. “IBEW Local Union 1245 will be greatly crippled by her loss.”

Sister Debbie Mazzanti’s final week was spent in a Castro Valley hospital, where a legion of friends and colleagues streamed in to say goodbye. Fittingly, they came from both IBEW and from PG&E, two institutions that defined her professional life and were shaped by her unique spirit.

She is survived by her son Josh, 30, and grandson Brayden, 2.

Information on services will be posted on this website when available. 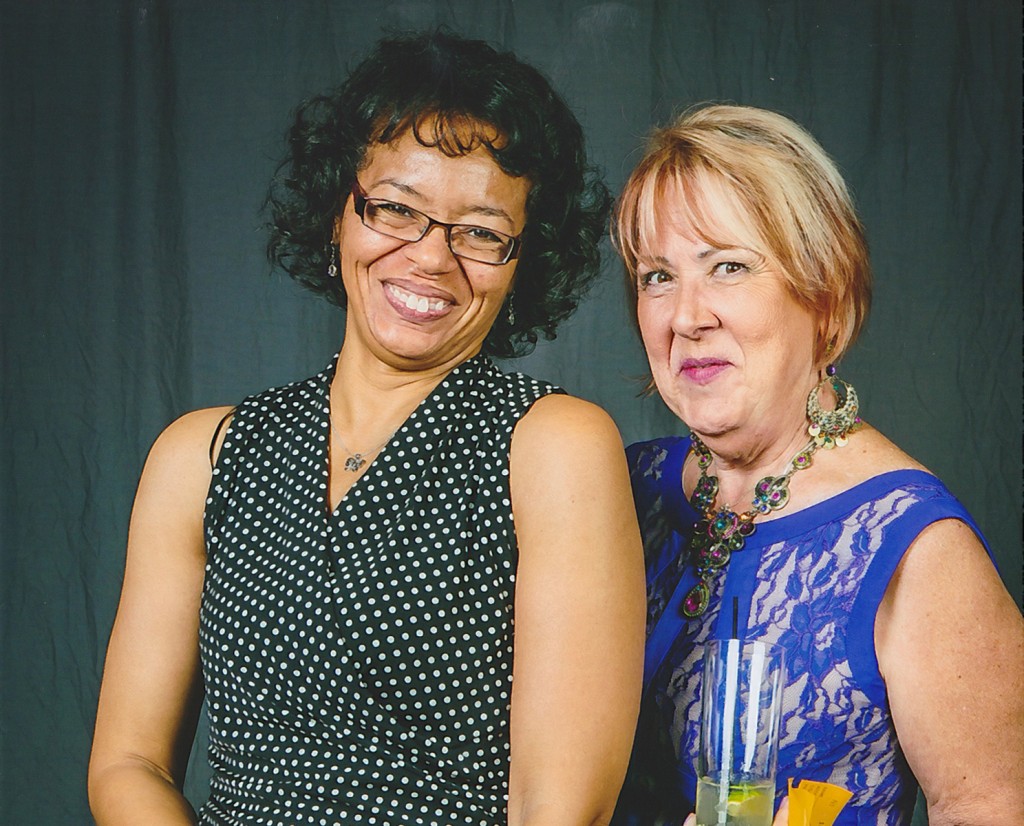 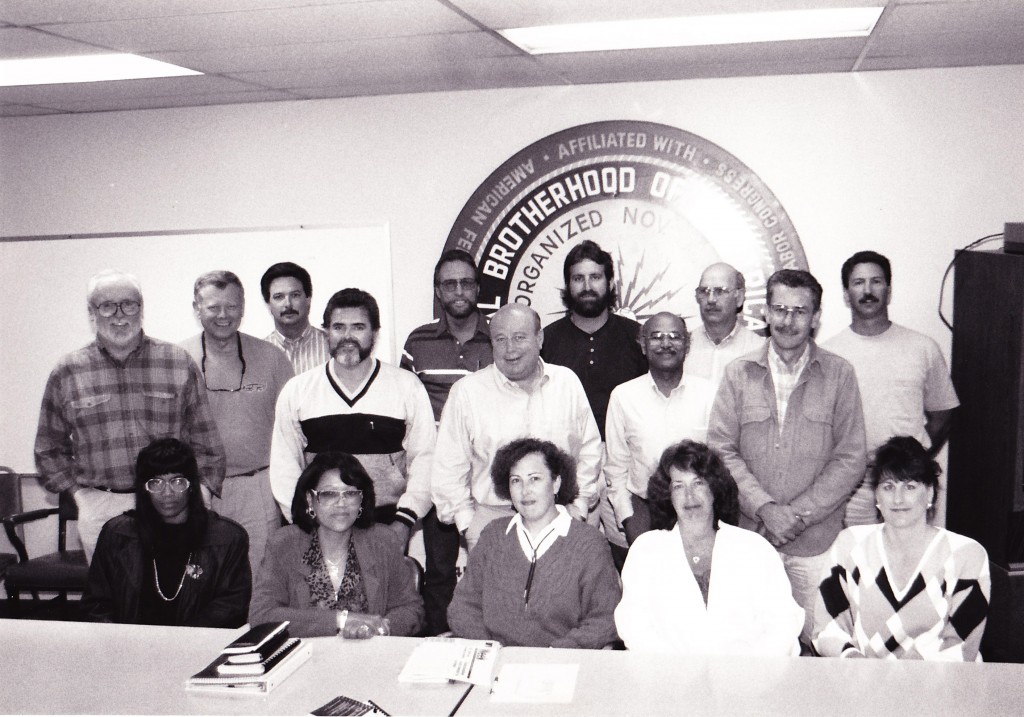 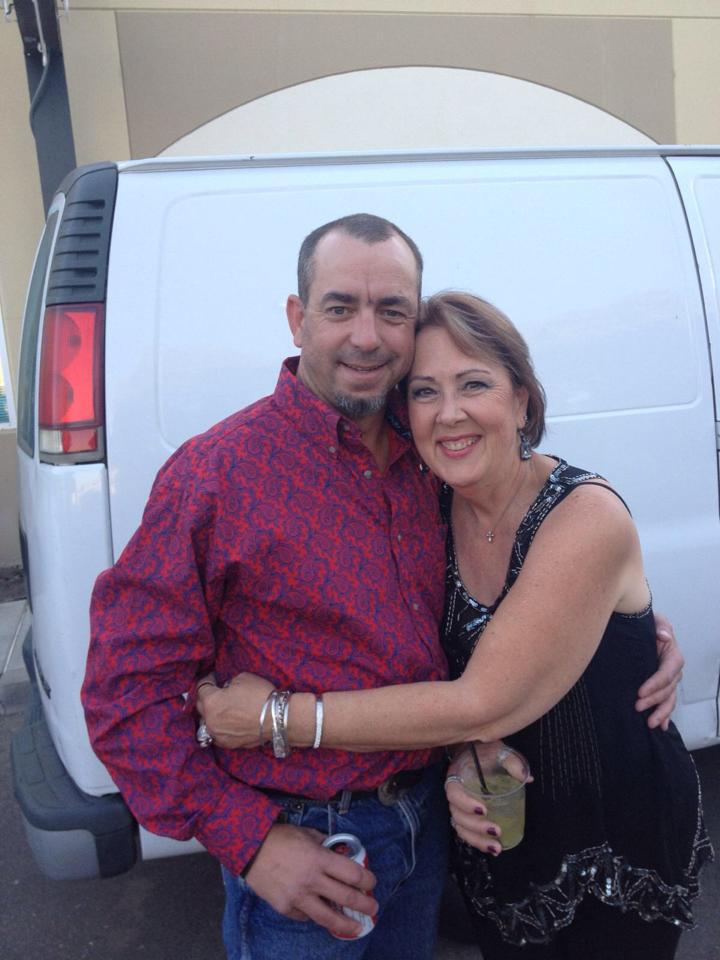 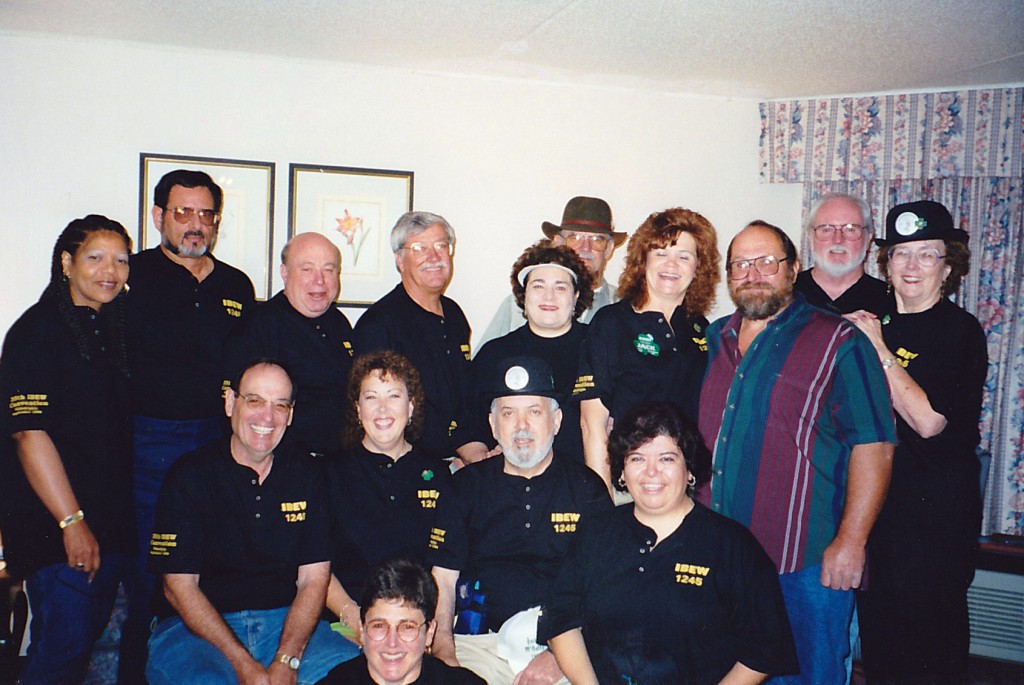 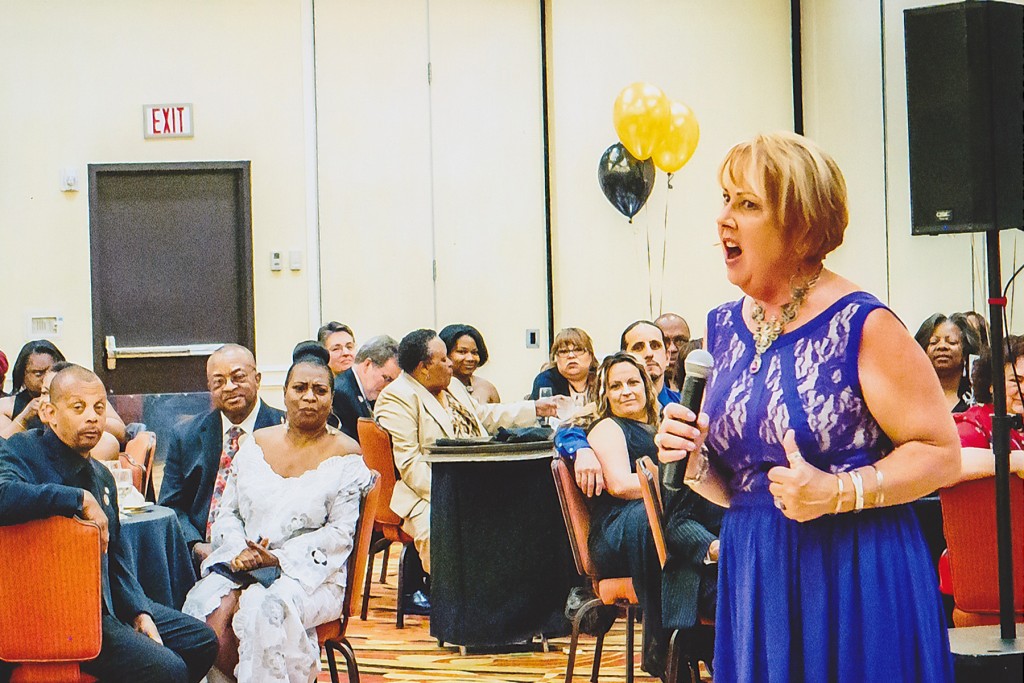 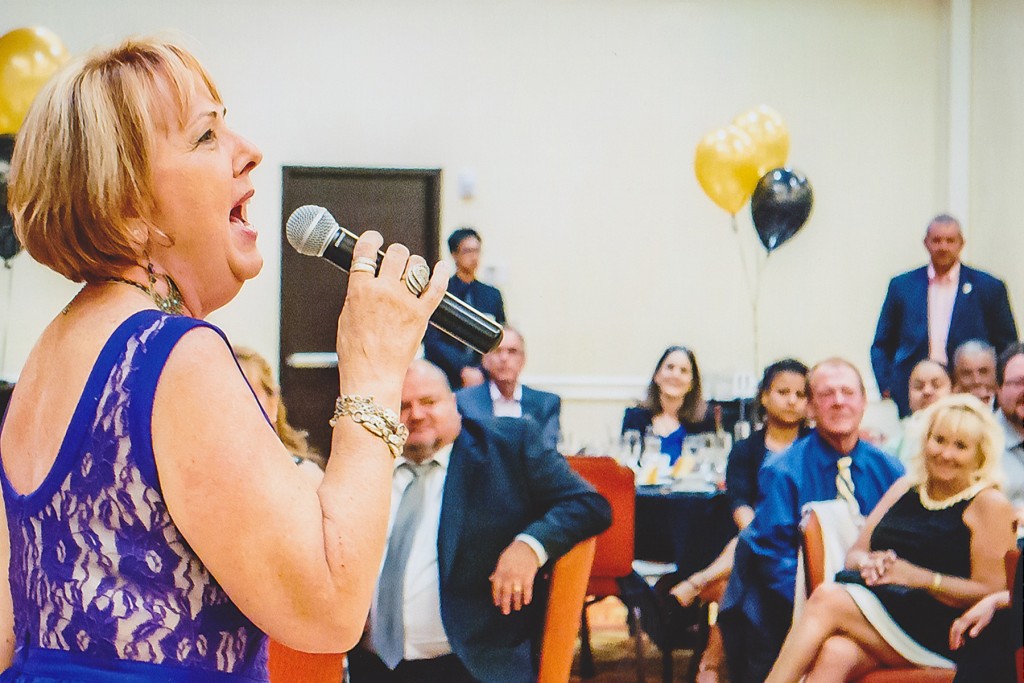 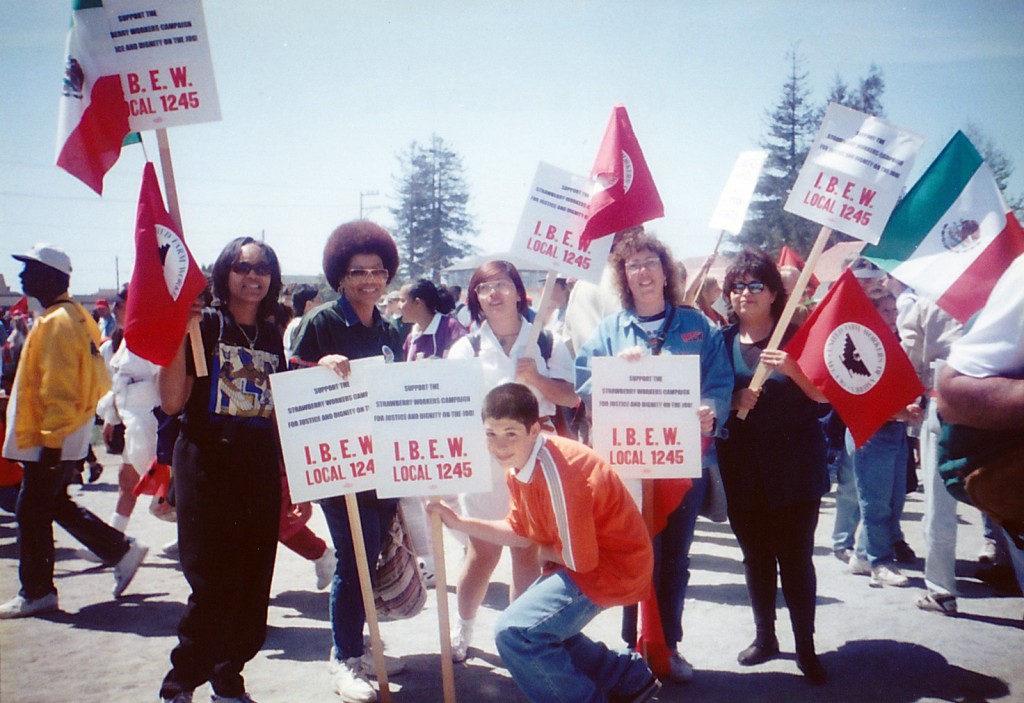 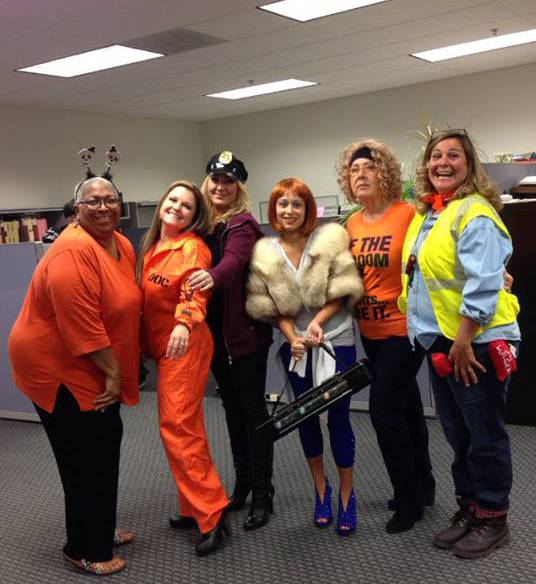 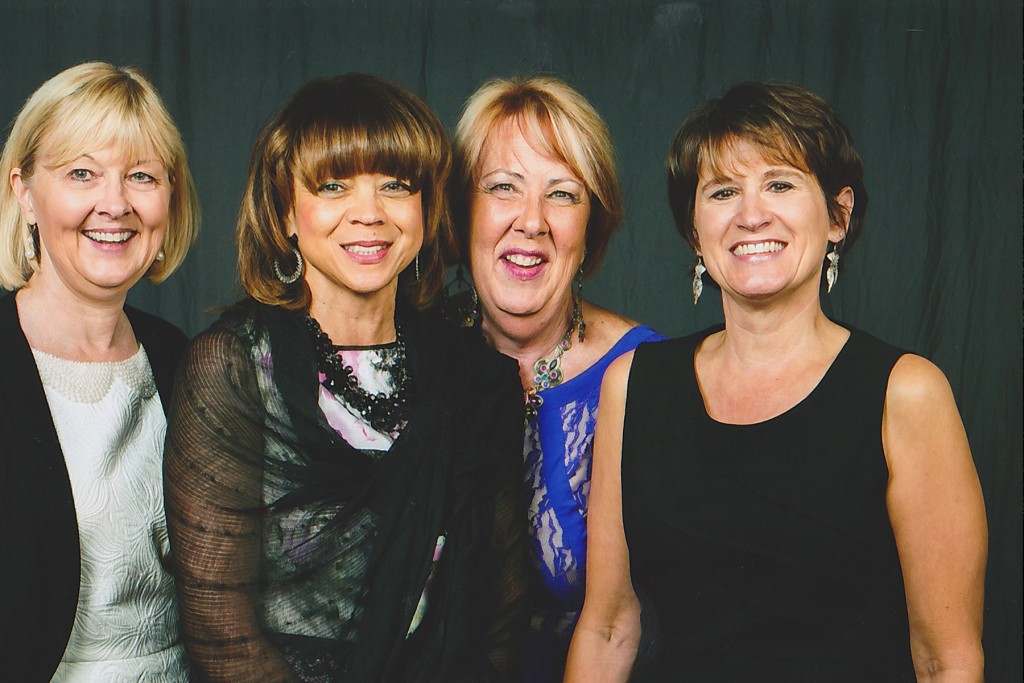 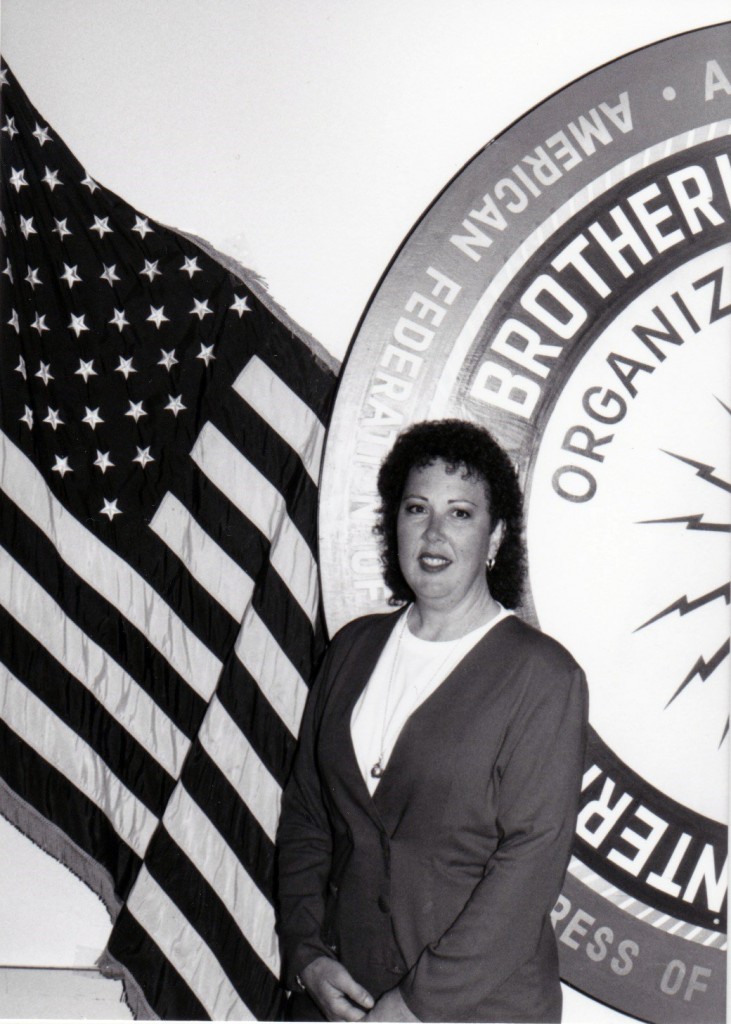 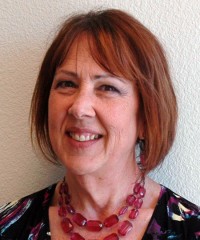